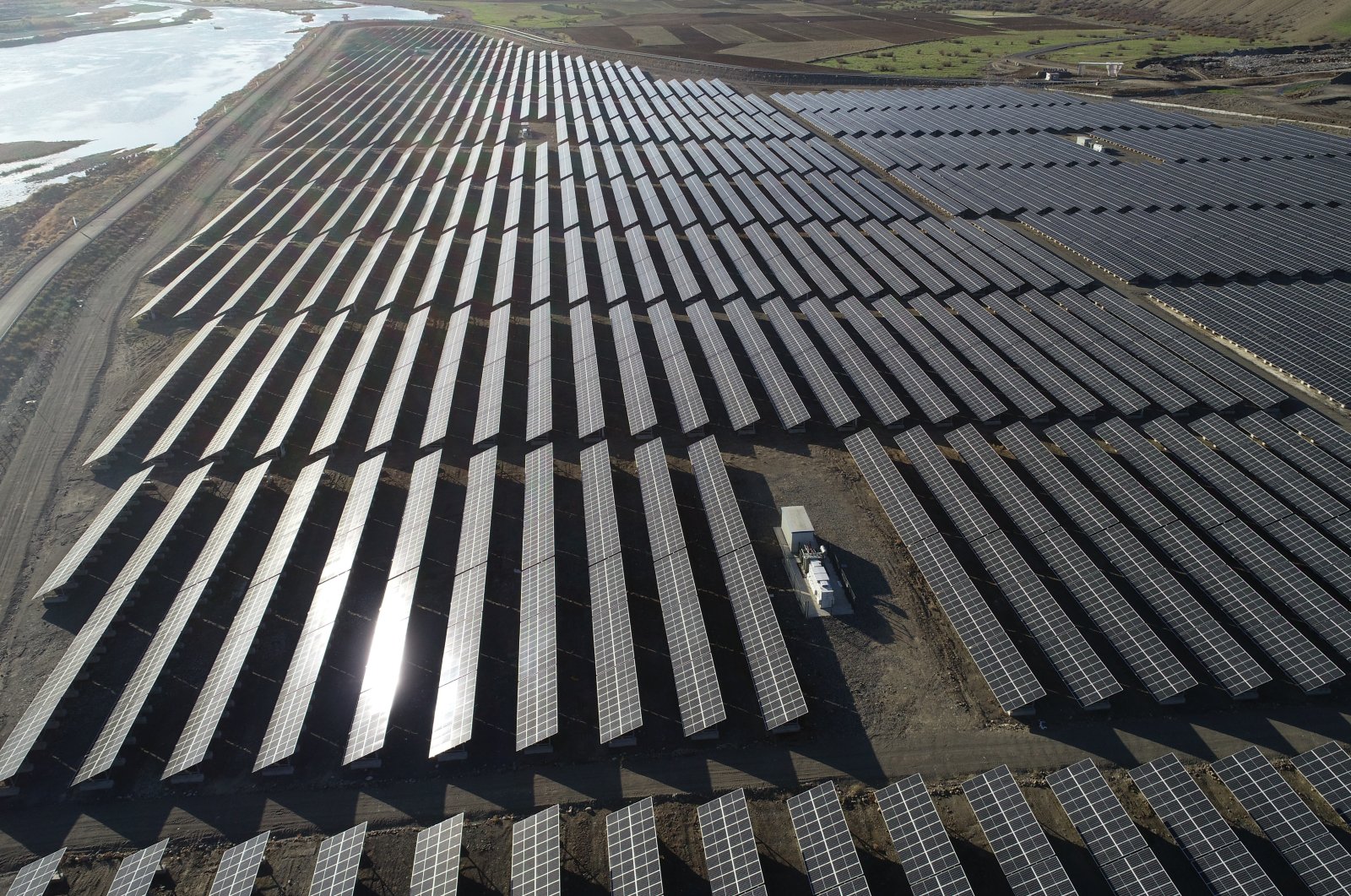 Turkey's renewable energy capacity is predicted to grow by over 50% from this year through 2026, according to the latest report by the International Energy Agency (IEA).

The projection in the IEA’s annual Renewable Market Report, published this week, sees Turkey’s renewable capacity growing by over 26 gigawatts (GW), or 53%, during the 2021-2026 period, with solar and wind accounting for 80% of the expansion.

The Paris-based energy watchdog sees growth in renewables in Turkey shifting from hydropower to low-cost solar photovoltaic (PV) and wind.

Hydropower currently has the largest renewable share capacity at almost 31.5 GW, making up 30% of the country’s total installed capacity, which stood at over 99 GW at the end of October, according to the Turkish Electricity Transmission Company (TEIAŞ).

Wind is the second-largest renewable source with around 10.3 GW, followed by solar with 7.6 GW.

Along with other renewable installations, Turkey’s renewable capacity totals 52.5 GW.

“We expect around 48% of the capacity additions in Turkey during the 2021-2026 period to come from solar, with wind accounting for 30% of the capacity increase in the main case,” said Heymi Bahar, the lead author of the report and senior analyst at the IEA.

“Hydropower will create 14% of this growth while biofuels and geothermal make up the rest,” Bahar told Anadolu Agency (AA).

He noted that capacity increase trends in Turkey are similar to that of global growth.

However, the agency says, a reduced hydropower pipeline is expected to result in lower growth over 2021-2026.

In December 2020 the government extended the FIT application deadline for onshore wind to June 2021, resulting in higher additions this year in the agency’s forecast, it said.

On the global level, renewable energy should account for nearly 95% of the increase in power capacity in the world through 2026, the IEA said, with solar power providing more than half the boost.

The milestone comes despite rising costs for materials used to make solar panels and wind turbines. New renewable power capacity this year will rise to a second consecutive all-time high in 2021, the report said.

“This year’s record renewable electricity additions of 290 gigawatts are yet another sign that a new global energy economy is emerging,” said IEA Executive Director Fatih Birol.

Renewable electricity capacity by 2026 will equal the current total global power capacity of fossil fuels and nuclear energy combined, the IEA added. It sees the global renewables capacity rising more than 60% from 2020 levels to over 4,800 GW by 2026.

More robust government policies and climate goals, advanced by pledges at the U.N. Climate Change Conference (COP26) in Glasgow last month, are driving the increases but the pace of renewables growth needs to accelerate to limit temperature rises, the IEA said.

China leads the world in new capacity and is four years ahead of its own wind and solar infrastructure targets, while India will double new installations from 2015-2020.

“China continues to demonstrate its clean energy strengths, with the expansion of renewables suggesting the country could well achieve a peak in its CO2 emissions well before 2030,” Birol said.

Still, the IEA warned that over the next five years, average annual additions of solar and wind capacity would need to nearly double from the agency’s current predictions to achieve net-zero emissions by 2050, while annual demand growth for biofuels would need to quadruple.

“To get renewables on track with net zero by 2050, governments not only need to address current policy and implementation challenges but also increase ambition for all renewable energy uses,” the IEA wrote.

In Turkey, project-based hydropower plants will also play an important role in the country’s capacity increase during the aforementioned period, Bahar said.

Renewable Energy Resource Zone (YEKA) projects in Turkey will be the main drivers of growth in wind and solar, according to the report.

Wind additions are expected to slow significantly between 2022 and 2024 due to delayed auctions and project permitting timescales, leading to a reduced project pipeline, the IEA said.

However, it sees the additions recovering through to 2026, driven by additional wind auctions with higher capacity compared with historical levels.

“This capacity growth makes Turkey the fifth biggest in Europe and 12th in the world after Germany, France, Spain, and the Netherlands,” Bahar noted, adding that in the accelerated case scenario, growth could be higher.

According to the report, renewables growth is over 30% higher than in the main case scenario with solar PV having the largest uptake, thanks to higher auction volumes and faster project completion rates.

The agency noted in the report that improving financing conditions should facilitate additional capacity for both utility-scale and distributed solar PV projects.

Distributed solar PV additions in Turkey are faster than expected and are ensuring that Turkey is on track to reach its solar target earlier than projected, he said.

Turkey’s nationally determined contributions in the Paris Climate Agreement are to reach the target of 26 GW of solar and wind by 2030. But according to the agency’s projection, the country is set to reach its wind target four years early and its solar target seven years early, although its potential is much higher.