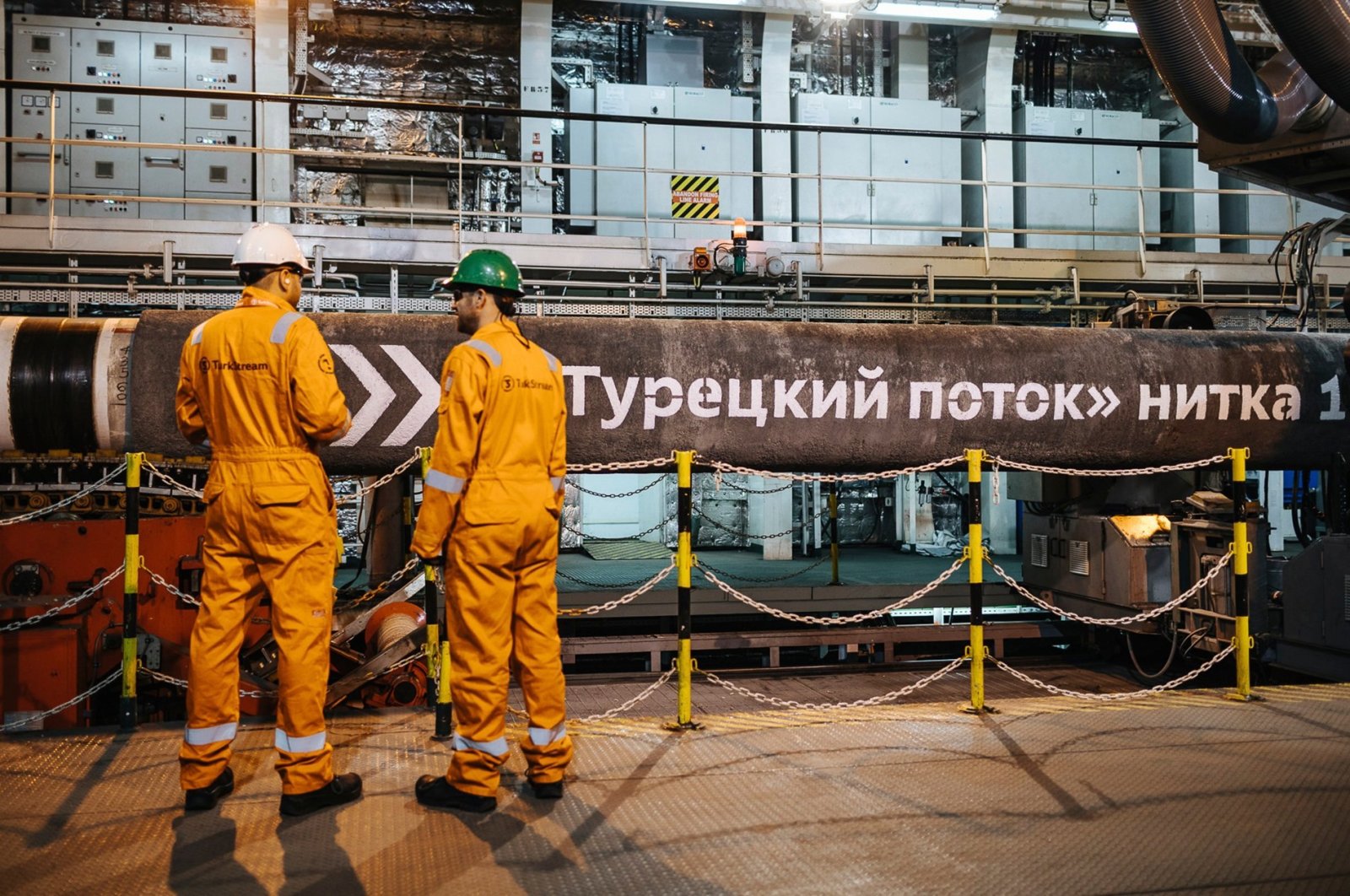 Workers stand in front of pipes to be laid on the Black Sea seabed by the vessel Pioneering Spirit as part of the TurkStream gas pipeline project, Feb. 5, 2018. (AA Photo)
by DAILY SABAH WITH AGENCIES Jan 06, 2022 12:37 pm

Gazprom Export will supply up to 5.75 billion cubic meters (bcm) of gas to the state-owned Turkish company a year under the deal, it said in a statement.

The Russian gas flows to Turkey via a joint energy pipeline project, TurkStream pipeline, which has an annual capacity of 31.5 bcm and was commissioned in early 2020.

The pipeline consists of two 930-kilometer (578-mile) offshore lines and two separate onshore lines that are 142 kilometers and 70 kilometers long. The first line, with a capacity of 15.75 bcm, is designated for supplies to Turkey’s domestic customers, while the second carries Russian gas further to Europe through Bulgaria.

The price of the gas within the scope of the newly signed deal has not been disclosed.

The demand for natural gas grew in Turkey last year, with officials saying it would reach 60 bcm by the end of the year.

Gazprom’s natural gas exports outside the former Soviet Union in 2021 increased by 5.8 bcm to 185.1 bcm, with exports to Turkey increasing by 63%.