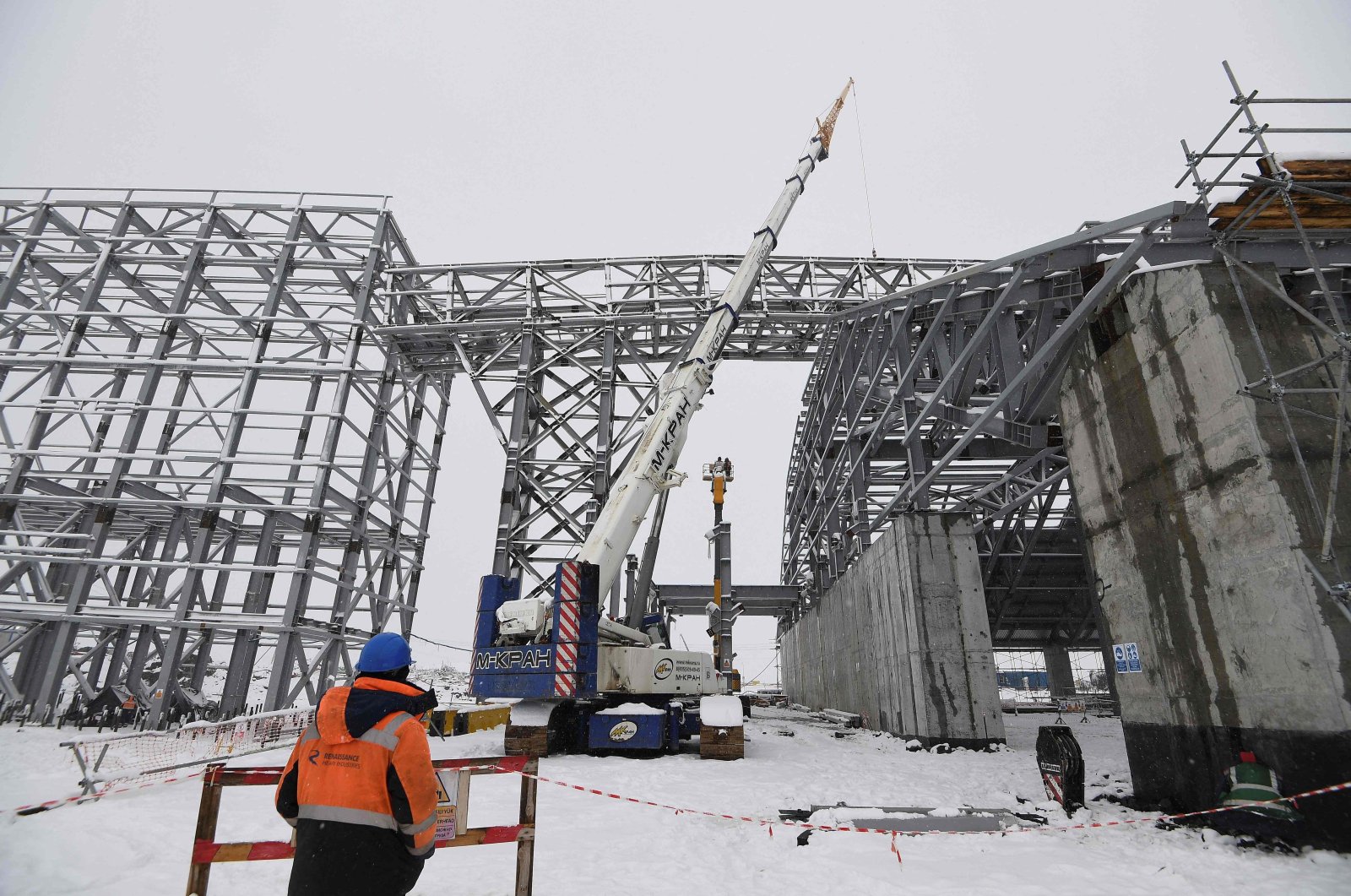 A fortunate discovery of copper mines in Siberia some seven decades ago is finally about to be explored, raising hopes of a boon for Russia and beyond, as copper will play a key role in the world's energy transition away from carbon.

In 1949, a Soviet expedition in Siberia was looking for uranium to supply the national nuclear arsenal when it stumbled on a vast deposit of copper.

More than 70 years later, a mining complex in Russia's Far East between Lake Baikal and the Pacific Ocean is finally due to launch operations next year.

"The project is a long-awaited event in the life of the Far East and the entire mining industry of Russia and the world," said Valery Kazikayev, chairman of Udokan Copper, the company developing the site.

Kazikayev, who makes the nine-hour journey by plane from Moscow to the mine twice a month, brought Agence France-Presse (AFP) journalists on a tour in late September.

At an altitude of 2,000 meters (6,500 feet), the heavy snow covering the mine offers a glimpse at the difficulty of rendering it operable.

"The Soviet Union wasn't able to develop these deposits," Kazikayev, 66, said at the site, where construction began in 2019.

The mine is located both in a seismic zone and on permafrost – ground that remains completely frozen all year round. Temperatures can drop to minus 60 degrees Celsius (minus 76 degrees Fahrenheit) in the winter.

These conditions mean developing the site is "difficult," Kazikayev said, noting as a result that "construction is very expensive."

The work of harvesting copper ore has begun and workers are busy setting explosives to blow up permafrost so digging can go ahead. Holding more than 26 million tonnes of copper, the mine, some 6,500 kilometers (4,000 miles) east of Moscow, claims to be the largest untapped deposit in Russia and the third-largest in the world.

To develop the project, Udokan Copper – which purchased the license in 2008 and is part of billionaire Alisher Usmanov's USM holding company – raised nearly $3 billion (2.5 billion euros) from Russian banks.

The substantial investment is expected to bear fruit.

The price of copper, dubbed the "new black gold," soared to historic heights this year – and shows no signs of slowing.

"Over the next 15 years, the demand for copper will grow by 30%" as the "green economy" grows, said Yulia Buchneva, an analyst at Fitch Ratings in Moscow.

Copper plays a key role in renewable energies and green technologies, she explained, because of its thermal and electrical conductivity properties. She cited, in particular, the growing production of electric vehicles, which rely on copper.

To reach those markets, the company is relying on the Baikal-Amur Mainline track (BAM) railway, where work is ongoing.

The line was constructed in the early 1980s next to the deposits in part to realize the goal of extracting the region's mineral wealth.

The BAM, which spans more than 4,000 kilometers across Siberia to the Pacific, is a grandiose Soviet project and financial abyss. Udokan Copper hopes eventually to send its cathodes and copper condensates by train to the Chinese border or Russian ports on the Sea of Japan. Kazikayev notes the mine is 2,000 kilometers closer to Tokyo than to Moscow.

Still, in an isolated and icy expanse, the logistical challenges are massive.

The company has had to build a power station to supply the energy for the work. It had to construct a road to the closest airport, which features a wooden terminal.

And it had to bring 4,000 construction workers from Siberia and ex-Soviet republics to the area, home to a few hundred members of the indigenous Evenk reindeer-herding people.

"The main challenge is keeping the roads in working condition. Bulldozers are constantly working," the 44-year-old told AFP. The only time they stop, he said, is when temperatures fall below minus 35 degrees Celsius and visibility is less than 50 meters (165 feet).

"The storms and snowfalls are pretty heavy here."