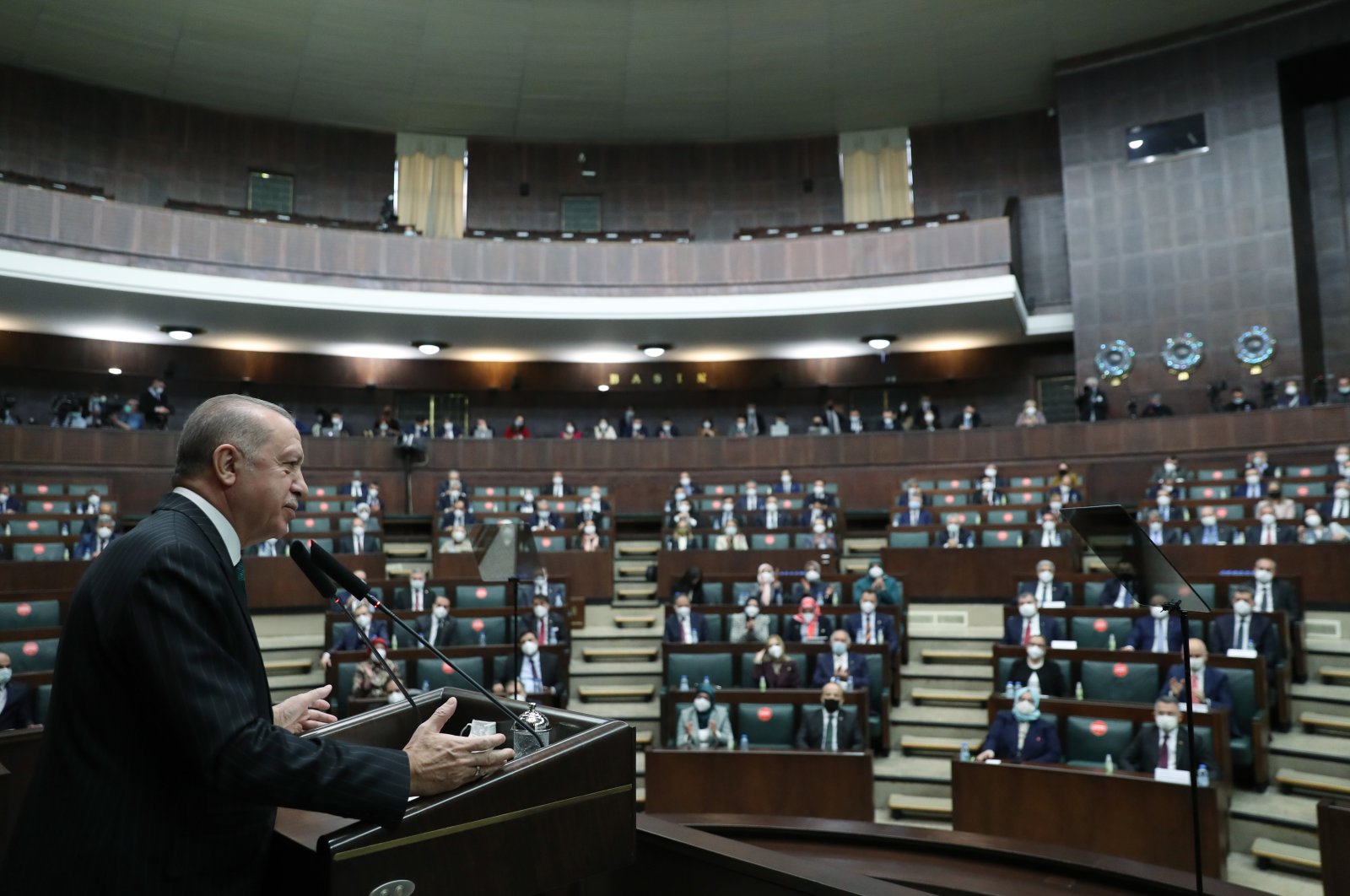 Turkey has reached a position where nearly 63% of its electricity produced throughout 2020 was produced from local and renewable resources, the country’s president said Wednesday.

The country’s total installed power has tripled since 2002, when it stood at around 32,000 megawatts (MW), and has crossed 96,000 MW, President Recep Tayyip Erdoğan said, addressing lawmakers from his ruling Justice and Development Party (AK Party) in Parliament.

The installed power based on domestic energy sources has increased from 19,000 MW to more than 61,000 MW, the president noted, stressing that the renewable energy sources reached 50,000 MW, up from the level of 12,000 MW.

While the wind, solar and geothermal installed energy stood at only 36 MW 18 years ago, Erdoğan said this figure today stands at around 17,437 MW.

“Now we have Turkey which has obtained 63% of its electricity that was used last year from local and renewable energy resources,” the president noted.

“We rank 13th in the world and sixth in Europe in terms of installed renewable energy capacity.”

In February, Energy and Natural Resources Minister Fatih Dönmez said that wind energy contributed to over 10% of the country’s total electric production for the first time on a monthly basis.

Turkey was ranked fifth in Europe in 2020 in terms of its renewable power capacity growth, and it is predicted to add 22.2 gigawatts (GW) by 2025 to reach 66.8 GW, according to the International Energy Agency’s (IEA) Renewables 2020 report published in November.

Turkey is one the leading countries in energy investment, especially in renewable energy, Erdoğan said, stressing that the government is carrying out projects that will turn the country into an energy base.

Within this context, the Trans-Anatolian Natural Gas Pipeline (TANAP) and TurkStream projects became operational, he added.

Underlining that one of the important investments in the energy field is the Akkuyu Nuclear Power Plant (NPP) in the southern province of Mersin, he said the arrival of nuclear power plants to the country has been constantly opposed by some groups.

“I hope the groundbreaking ceremony of the third unit of our power plant, where we plan to put the first unit into service in 2023, will be beneficial,” he added.

He stressed that the Akkuyu NPP will meet 10% of the country’s energy needs.

“The main strategic dimension of this project is that it will diversify the resources to meet Turkey’s energy need. In addition, it is very important to be among the countries with nuclear technology in the world,” he added.

The start of operations for the plant’s first unit is planned for 2023 when the country will celebrate the 100th anniversary of the republic. All the remaining three units are due to start operations by the end of 2026, at a rate of one per year.

An intergovernmental agreement for the Akkuyu NPP was signed between Turkey and Russia in May 2010.

On Turkey’s hydrocarbon drilling activities, Erdoğan said Kanuni, one of the three state-owned drillships, is gearing up for the task ahead at the Filyos Port on the Black Sea coast.

He hoped that Kanuni will start drilling the well in the field in April.

Turkey made the biggest offshore gas discovery in the world in 2020 with 405 billion cubic meters (bcm) of natural gas in the Black Sea.