Turkey, Kyrgyzstan to sign framework deal for cooperation in mining 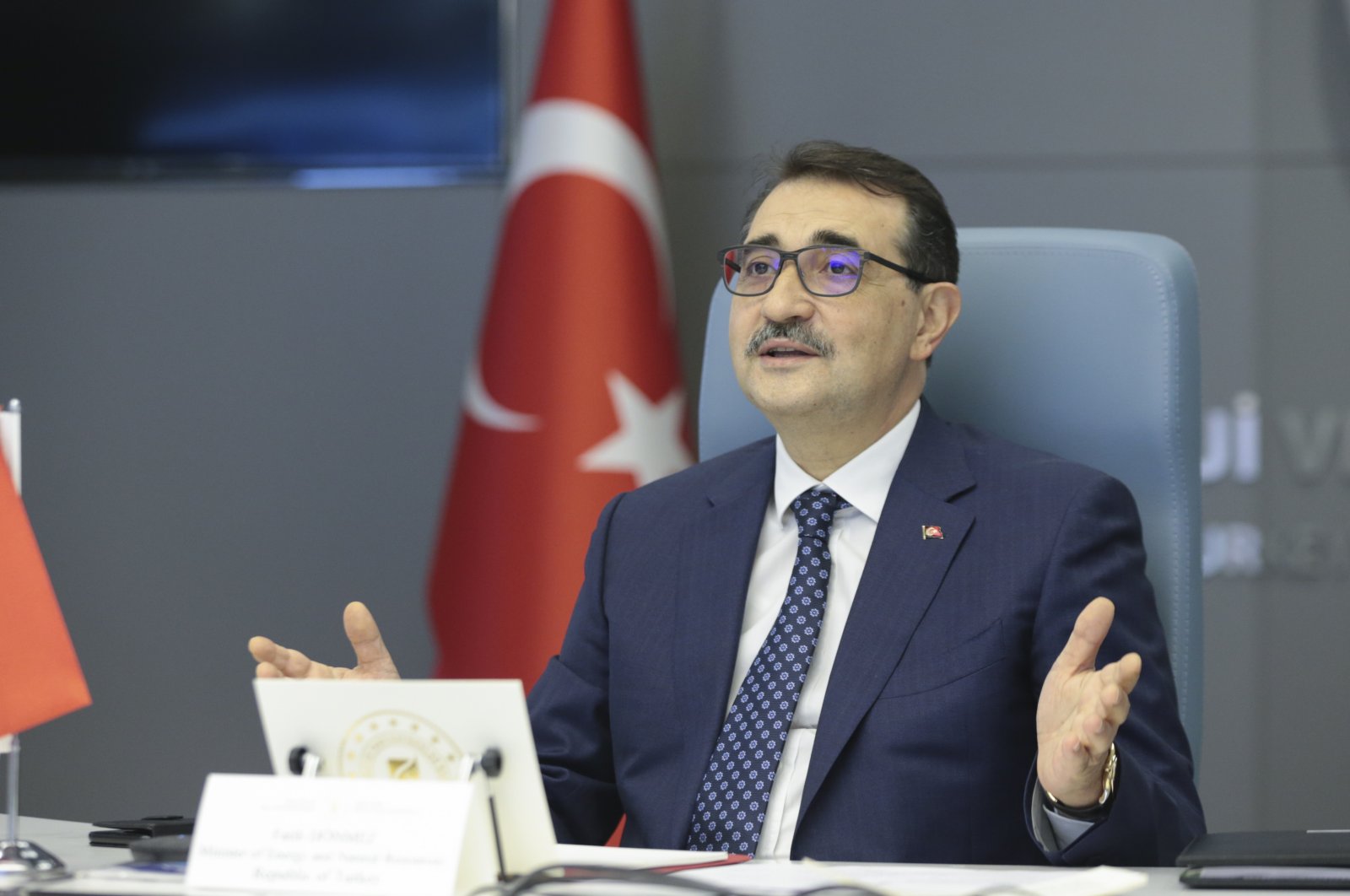 Turkey and Kyrgyzstan will sign a framework agreement to draw a line for enhanced cooperation in the field of mining, Energy and Natural Resources Minister Fatih Dönmez said Wednesday.

The minister said that this memorandum of understanding (MoU) will draw a roadmap for the steps to be taken jointly in the field. He noted that Turkey and Kazakhstan were also working together to accelerate the cooperation in the energy and natural resources sector, which are said to be gaining momentum.

Dönmez was speaking at the virtual meeting of energy ministries of the Cooperation Council of Turkic Speaking States, widely known as the Turkic Council.

The energy minister said that supply and demand security is extremely important in energy and that Turkey has taken rapid and effective measures during the COVID-19 pandemic that slashed demand.

Noting that a new solar power tender for 1 GW will be held next month, Dönmez stressed that while the global energy investments were decreasing, Turkey inaugurated Europe’s and Middle East’s first and only integrated solar panel factory. Adding that, similarly, a facility for the production of wind power equipment was also completed and is set to start producing soon, the minister emphasized that thanks to these investments, the country both ensures the energy demand security and contributes to the local employment and technological infrastructure.

Dönmez said that Turkey prioritizes diversifying resources like solar, wind and geothermal along with hydroelectric, natural gas and coal and that nuclear energy will also add to the sources by 2023.

Turkey’s natural gas storage capacity is 4.5 billion cubic meters (bcm), Dönmez said, adding that it is planned to reach 11 bcm as of 2023.

The minister continued by saying that energy is a field, where the consequences of a “win-win” approach can be seen very clearly, noting: “Along with our country’s increasing abilities, we are continuing to diversify the cooperation focuses.” The large-scale infrastructure projects carried out with Azerbaijan, namely, the Baku-Tbilisi-Erzurum (BTE), Baku-Tbilisi-Ceyhan (BTC) and Trans Anatolian Pipeline (TANAP) were among the results of the aforementioned cooperation, Dönmez said, that benefited both regional countries’ energy supply security and that of Europe’s.

Along with the solid steps, we also attach great importance to the cooperation intentions, Dönmez said, and that the expected MoU with Kyrgyzstan and the cooperation with Kazakhstan are both proof of that.