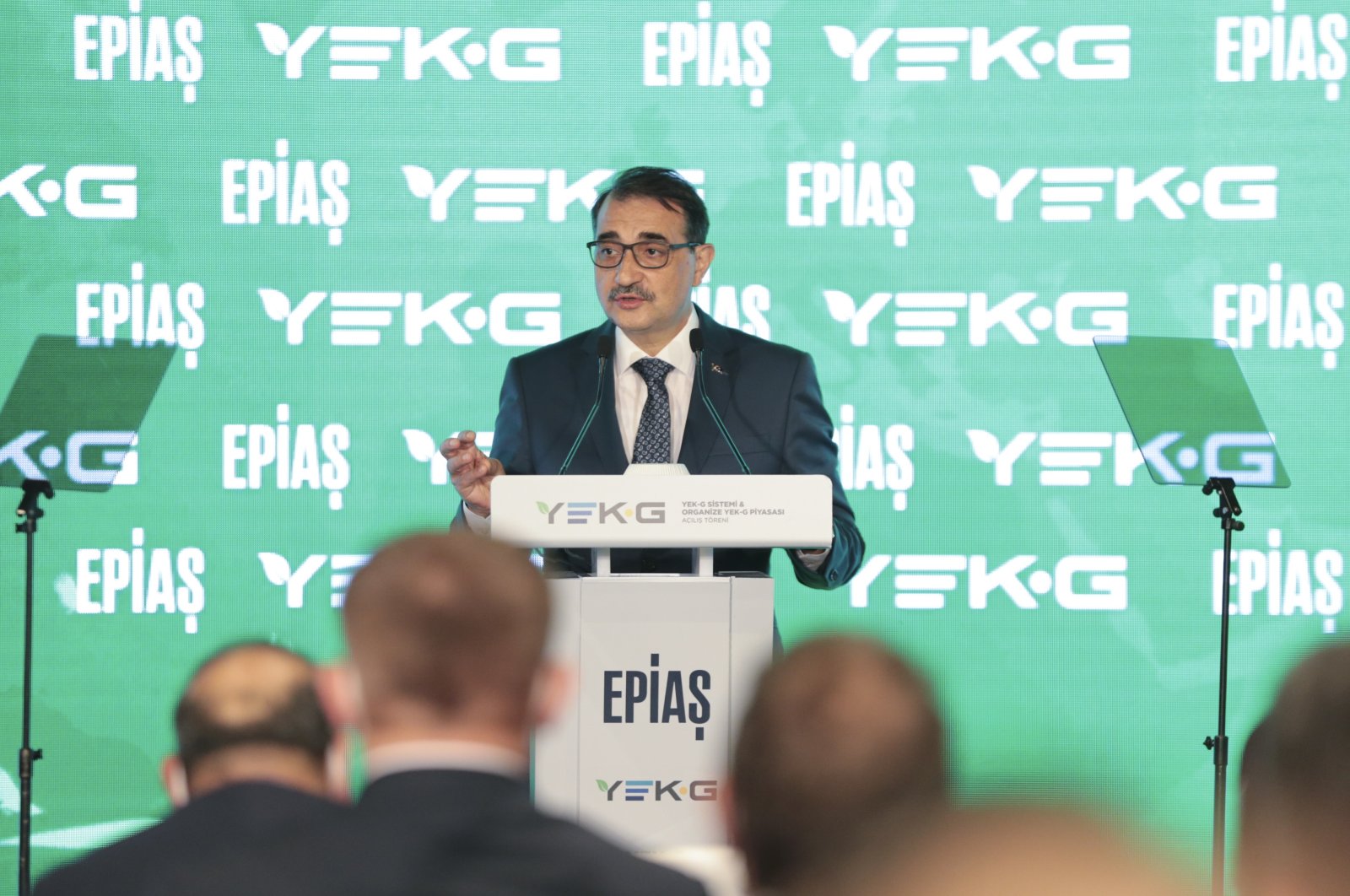 Turkey Monday initiated a new certification system that looks to support and increase the country’s clean energy power, boost renewable energy accessibility and offer producers and consumers an alternative when choosing the source of energy they use.

The YEK-G System and the Organized YEK-G Market will enable electricity producers to prove the source of renewables under Turkey’s Energy Exchange Istanbul (EXIST) launched for contracts.

Aiming to promote awareness of renewables as an increasingly important source of power in the country, EXIST commissioned the YEK-G System and the Organized YEK-G Market on June 1 to accredit the production and consumption of renewable energy resources.

The initiatives will provide both large-scale organizations and individual consumers with proof of origin of power generated from renewable energy sources.

In addition, the system will also document the use of renewable energy sources for electricity production and consumption at all stages in power supply and distribution companies’ sustainability reports.

The nation’s renewable capacity grew steadily, particularly over the last few years, to currently account for about 45% of the country’s total electricity generation.

Each 1 megawatt-hour of renewable energy supplied to the network by the licensed generation facilities in the new system will be recorded and documented.

According to EXIST, participation in the YEK-G System will be on a voluntary basis.

“We offer our producers and consumers an alternative to choosing the source of the electricity they use,” Dönmez said.

The system will ensure that supply and distribution companies will be able to verify renewable energy in their portfolio within the scope of their obligations.

Consumers, likewise, will be able to obtain information about the energy sources they purchase with the option to choose renewables to contribute to environmental protection.

Dönmez confirmed that 100 participants signed up for the system by June 21.

He added that certification for 5.2 terawatt-hours of renewable electricity had been set up by June 21.

“Our goal with the YEK-G System is to expand the use of renewable energy sources in electricity produced and consumed, create a new source for our industry and contribute to the protection of the environment,” Türkoğlu added.