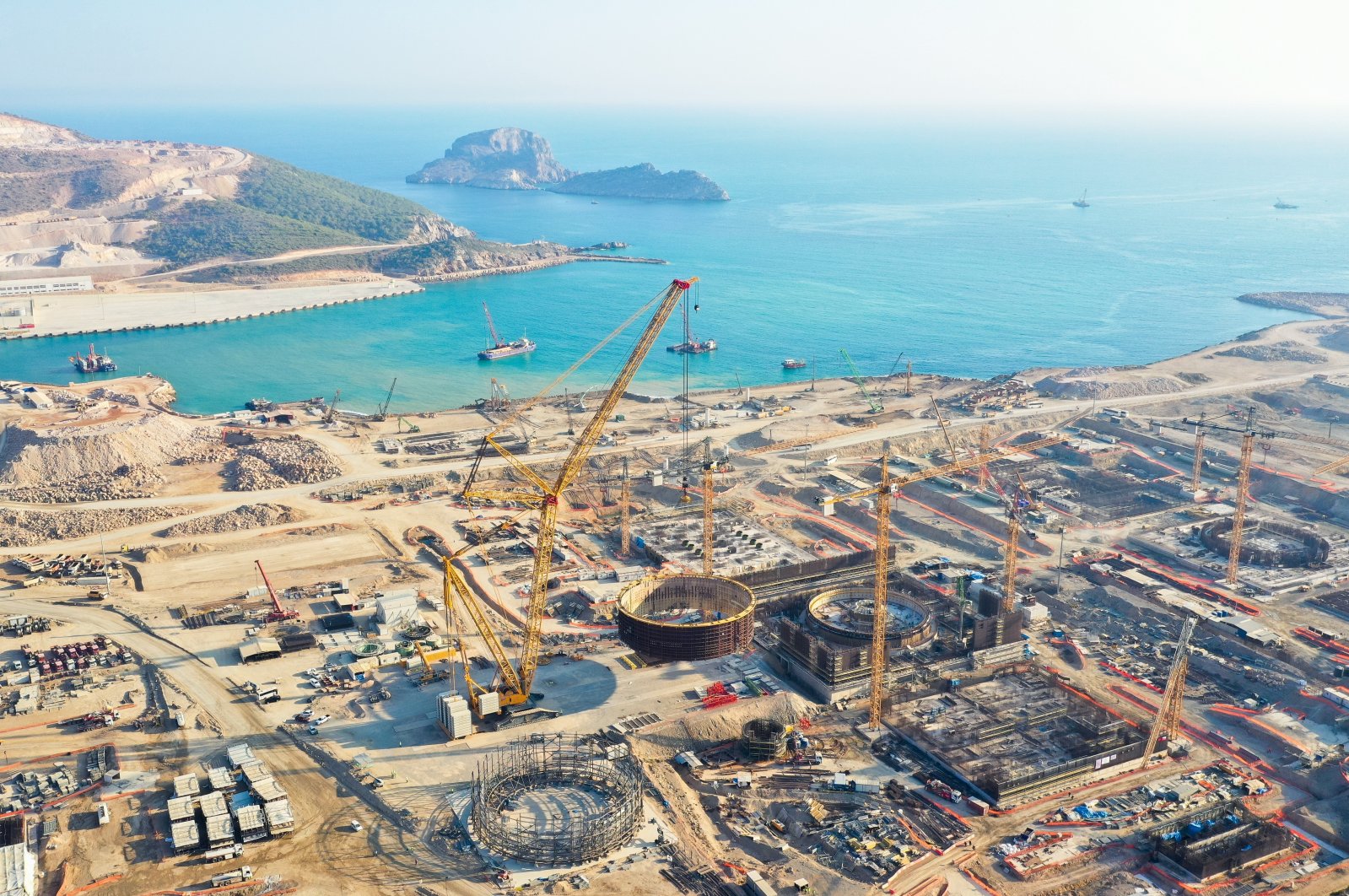 These will follow the country’s first nuclear power plant, Akkuyu, which is being built in the southern Mersin province.

“We are carrying out our studies considering the growing energy needs. We plan to commission the first unit of the Akkuyu Nuclear Power Plant (NPP) in 2023,” President Recep Tayyip Erdoğan told an opening ceremony for the power plants via video link from the capital Ankara.

“After Akkuyu Nuclear Power Plant, we will swiftly begin preparations for our second and third power plants,” Erdoğan said.

Akkuyu is being built by Russia’s state nuclear energy firm Rosatom. The two countries signed a cooperation agreement in 2010 and began the construction in 2018. The initial unit of the plant is expected to be completed by May 2023.

Erdoğan and his Russian counterpart Vladimir Putin in March launched the construction of the plant’s third reactor, out of a total of four.

The construction of the second unit started in June last year. The groundbreaking ceremony of the fourth reactor will take place next year.

It will have an estimated service life of 60 years with an extension of another 20 years and will produce carbon-free energy around the clock.

Following a meeting with Putin in September, Erdoğan said Russia could also be involved in the construction of Turkey’s second and third nuclear power plants.

“We spoke to Mr. Putin about building two more nuclear plants, besides Akkuyu. He agreed to work on the issue,” Erdoğan had said.

“It is impossible for those who have the slightest sensitivity in their hearts about the economic independence of Turkey and the well-being of the Turkish nation to oppose nuclear energy,” Erdoğan said Tuesday.

“We will look for ways to make more use of our renewable energy sources.”

The total amount of investment in the plant is estimated to be around $20 billion.