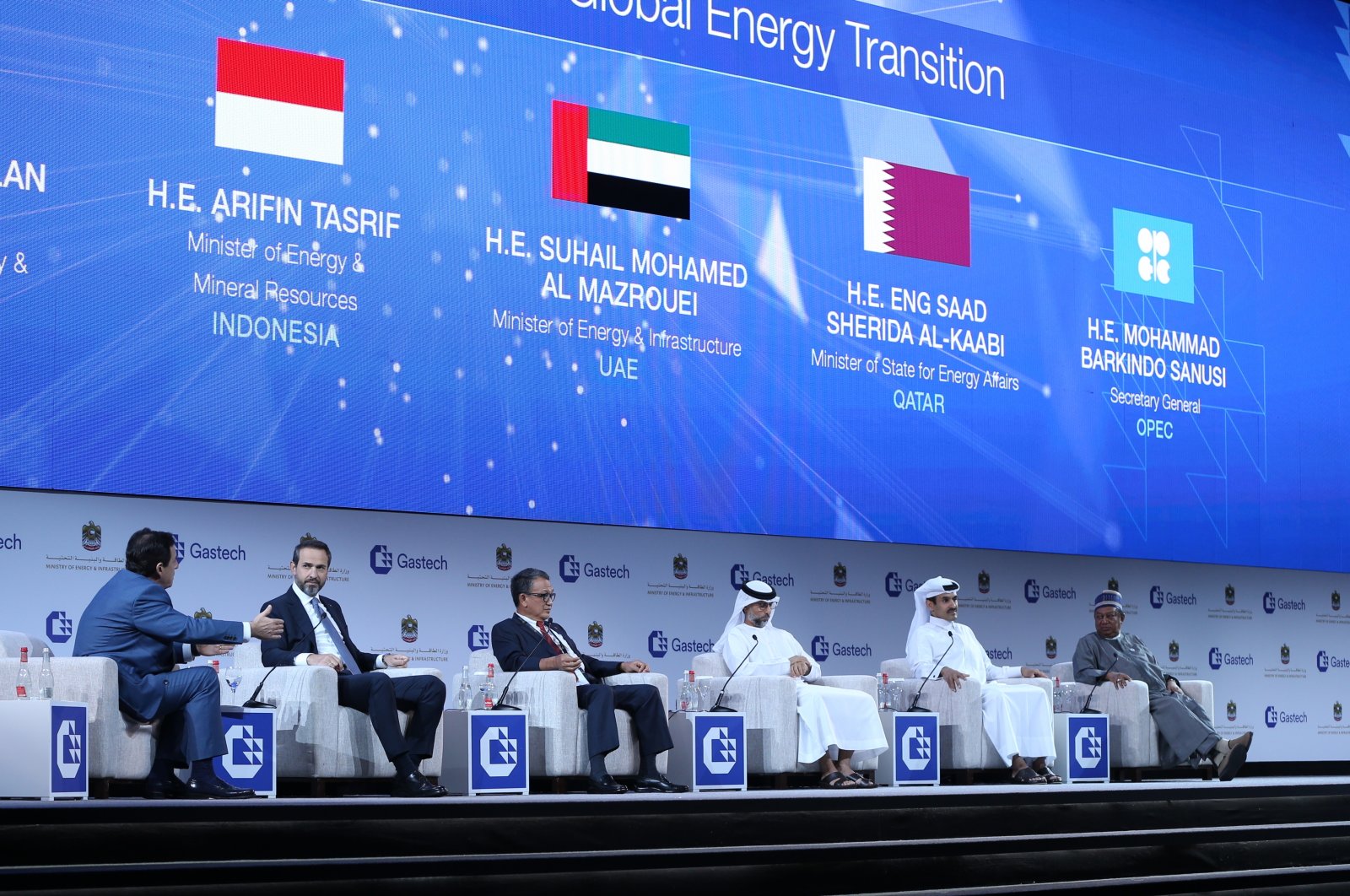 Turkey is set to witness a significant rise in the natural gas demand this year, Deputy Energy and Natural Resources Minister Alparslan Bayraktar said Tuesday, in remarks that come amid a record spike in gas prices around the world due to higher demand and lower stocks.

Bayraktar’s comments came in Dubai on the sidelines of the Gastech 2021 conference, the world’s largest gas expo, as energy officials and hundreds of executives gathered for the industry’s first in-person conference since the pandemic began.

The gas market chaos has driven prices 280% higher in Europe this year and led to a 100%-plus surge in the United States. It is being blamed on a range of factors from low storage levels to carbon prices to reduced Russian supplies.

Turkey’s natural gas demand will reach around 60 billion cubic meters (bcm) this year, Bayraktar said, a noteworthy rise from 45 bcm to 50 bcm that the country consumes each year and for which it pays between $12 billion and $15 billion.

Turkey imported 48.1 bcm of gas last year, up 6% from a year before, of which a third were from Russia.

Addressing the event at the Dubai World Trade Centre, Bayraktar was cited as saying that Turkey was discussing new contracts with several natural gas companies, including Russian gas giant Gazprom.

Yet, he said soaring natural gas prices would be challenging.

His remarks come a day after Energy and Natural Resources Minister Fatih Dönmez met with Alexey Miller, CEO of Gazprom.

“The meeting discussed the state and prospects of cooperation in the gas sector. Particular attention was paid to gas supplies,” a statement by the company read.

“The parties expressed appreciation for the work of the Blue Stream and TurkStream gas pipelines, which are reliably supplying Russian gas to consumers across the Black Sea,” it noted.

The TurkStream pipeline stretching from Russia to Turkey across the Black Sea has delivered 20.3 bcm of gas to Turkey from Jan. 1 through Sept. 19, a record high, the company said.

In addition to the Turkish senior official, also present at the gas expo was the Qatari Energy Minister Saad Sherida al-Kaabi, in a visit that came as Ankara and Doha both have recently been showing signs of improving relations with the United Arab Emirates (UAE).

In a scene that would have been unthinkable just a year ago, the Emirati Energy Minister Suhail al-Mazrouei held forth from a crowded conference room beside al-Kaabi, the first such visit since the UAE and three other Arab states imposed an embargo on Qatar in 2017. The three-year boycott ended earlier this year.

Turkey siding with Qatar in the Gulf dispute had put it at odds with the UAE, Saudi Arabia and Egypt, while Turkish support last year helped Libya’s United Nations-backed government in Tripoli drive back UAE-supported forces trying to seize the capital.

Relations hit an all-time low when President Recep Tayyip Erdoğan said that Ankara could suspend diplomatic ties with the Abu Dhabi administration after the UAE-Israel deal.

But there was no mention of long-simmering political differences at Tuesday’s event. Instead, the carpeted halls buzzed with cheery talk of the importance of natural gas in the world’s looming energy transition. The exhibition came as world leaders prepare for a crucial U.N. climate summit, in Glasgow in November.

“We think gas is definitely going to be part of the solution ... I think we need to join hands to make sure that this mammoth task that we’re embarking on can be practically achieved,” declared the energy minister of Qatar, home to some of the world’s largest gas reserves.

When asked by a crush of reporters about the economic yield of improved relations with the UAE, al-Kaabi kept it brief.

“Our relationship is good with the UAE and any business dealings we’re doing ... will not be discussed,” he said.

The officials refrained from shaking hands or bumping elbows but the group photo alone revealed a foreign policy shift, as the UAE seeks to bury the hatchet with its regional rivals.

Last month, the influential Emirati national security adviser Sheikh Tahnoun bin Zayed Al Nahyan was received by Erdoğan in Ankara, before flying to Qatar for talks with its ruling emir.

The two discussed their countries’ relations and regional issues and reviewed what was reported to be prospects of reinforcing the bilateral ties.

The backdrop for the detente was fitting, with each energy-dependent country increasingly preoccupied with how to fuel a post-pandemic economic recovery.

The officials discussed a crunch in natural gas supply that has led prices to surge and scores of tankers to line up off Qatar’s coast. They expressed skepticism about the frenzied push to eliminate carbon emissions when fossil fuels remain key to supplying the world’s electricity.

“I think we have to be realistic, but unfortunately there is a drive now for being emotional about net zero and its pace,” said UAE’s al-Mazrouei.

Turkey, which has seen tensions flare with its neighbors, particularly Greece, over drilling rights in the Eastern Mediterranean in its push to become an energy hub, has similarly sought to cool tensions UAE ally Egypt.

Bayraktar told reporters he hoped the country’s recent gas discoveries in the Black Sea would “help us to solve some of the regional conflicts, our conflicts between neighbors.”

The modest optimism even extended to the prospect of more Iranian oil coming on the market in the future after years of U.S. sanctions throttling Iranian oil sales.

“(Iran) looks forward to coming back to the market to play their constructive role,” said Organization of the Petroleum Exporting Countries (OPEC) Secretary-General Mohammad Sanusi Barkindo.

But negotiations between Iran and world powers on reviving their nuclear deal have stalled for months, and Barkindo admitted he could offer no timeline for Iran’s return.

“We have to take everything step by step,” he said.