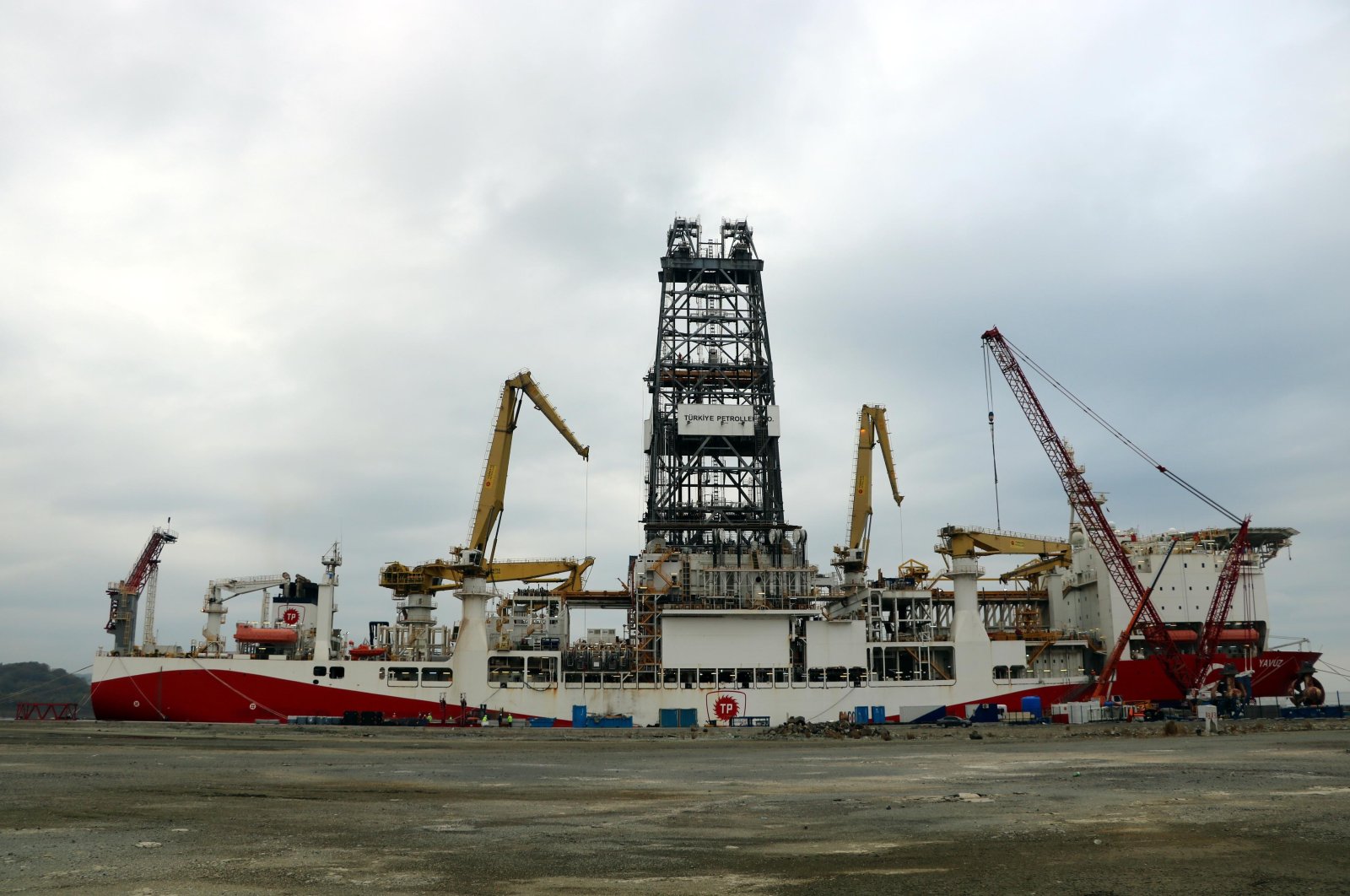 The tdower of Turkey's Yavuz drillship is being reassembled at the Port of Filyos in Zonguldak, northern Turkey, Nov. 19, 2021. (DHA Photo)
by DAILY SABAH WITH AA Nov 25, 2021 3:53 pm
RECOMMENDED

President Recep Tayyip Erdoğan last week announced that the new vessel has been added to the country’s inventory that consists of the Fatih, Yavuz and Kanuni drillships, all acquired over the recent years.

The new ship, which is capable of operating in harsh sea conditions and even in high-pressure reservoirs, will join the fleet in the spring of 2022.

“Unlike other ships, this vessel is a seventh-generation ship equipped with the latest technology. There are five of these ships in the world, and we have one of them,” Erdoğan said.

The latest purchase comes as Turkey adds pace to its hydrocarbon exploration activities.

Dönmez said Fatih is scheduled to drill another natural gas exploration well in the first quarter of 2022.

“We plan to finalize the pre-production completion operations in all wells in 2022,” the minister told a meeting in the capital Ankara.

Turkey is currently carrying out exploration activities in the Black Sea and the Mediterranean Sea. In addition to the three drillships, it also has two seismic research ships, Oruç Reis and Barbaros Hayrettin Paşa.

The new ship to be operated by Turkish Petroleum (TPAO), long sought by the national oil company, can operate at a maximum depth of 3,665 meters (12,024 feet).

The new ship was earlier reported to be the “Cobalt Explorer,” which is under construction by South Korean ship manufacturer Daewoo.

Ankara aims to start pumping gas from the field to its main grid in 2023, with sustained plateau production starting in 2027 or 2028.

Work on placing the distribution pipeline on the seabed in the Black Sea will also begin in the first half of 2022, Dönmez said, adding that the first phase of production would begin in 2023.

The subsea pipe laying will be carried out in collaboration with Italian multinational oil field services company Saipem, who will transport and install the pipeline in the spring of 2022.