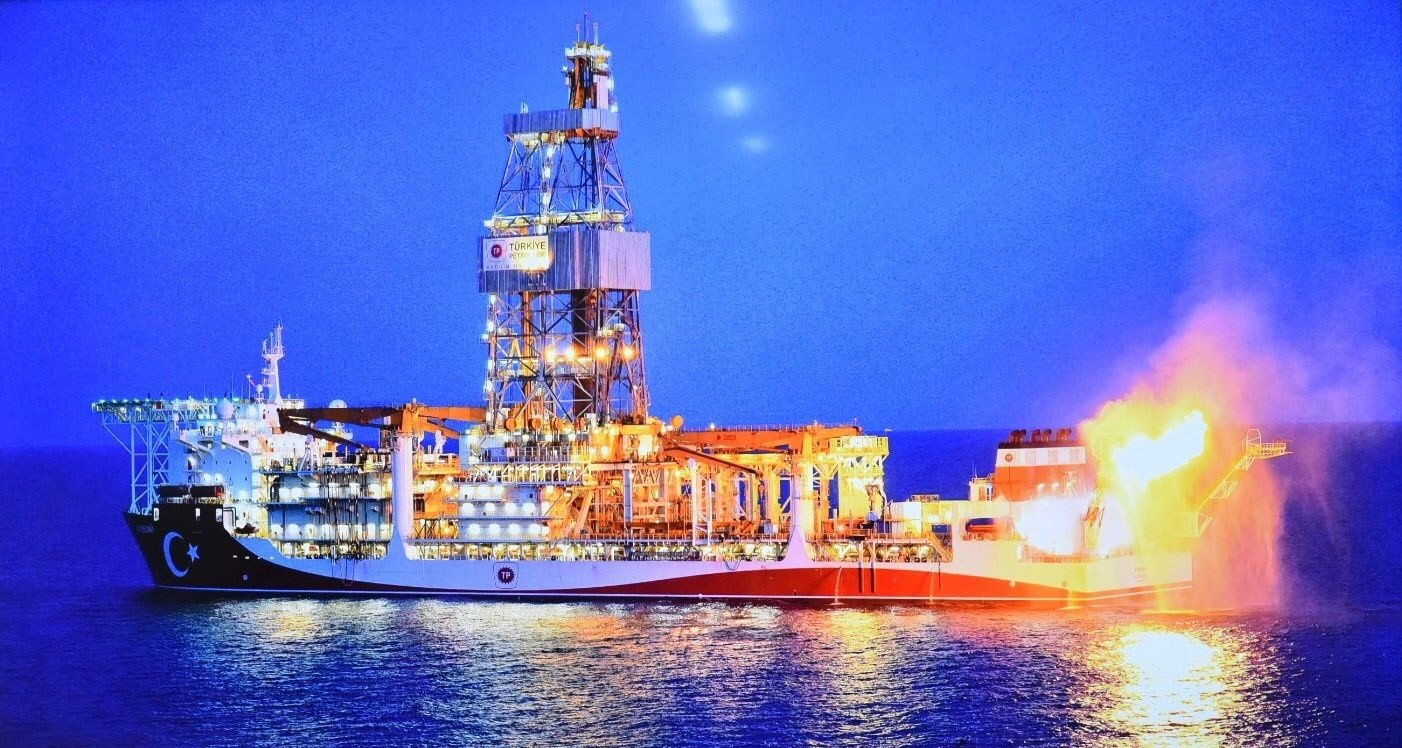 Addressing ruling Justice and Development Party (AK Party) deputies in Ankara for the parliamentary group meeting, Erdoğan said: "Unlike other ships, this vessel is a seventh generation ship equipped with the latest technology. There are five of these ships in the world, and we have one of them."

The president noted that the new ship to be operated by the Turkish Petroleum (TPAO), long sought by the national oil company, can operate at a maximum depth of 3,665 meters (12,024 feet).

"We have reached the capacity to operate beyond our borders," Erdoğan added.

In a shared infographic on his Twitter account, he said the new 238-meter-long and 42-meter-wide ship weighs 68,000 gross tons and has a maximum drilling depth of 12,200 meters.

The vessel has a tower height of 104 meters and a crew capacity of 200.

Turkish media outlets earlier claimed that the new ship is the "Cobalt Explorer," which is under construction by South Korean ship manufacturer Daewoo.

The vessel is expected to be deployed in the Black Sea, where significant gas reserves were found, reports said.