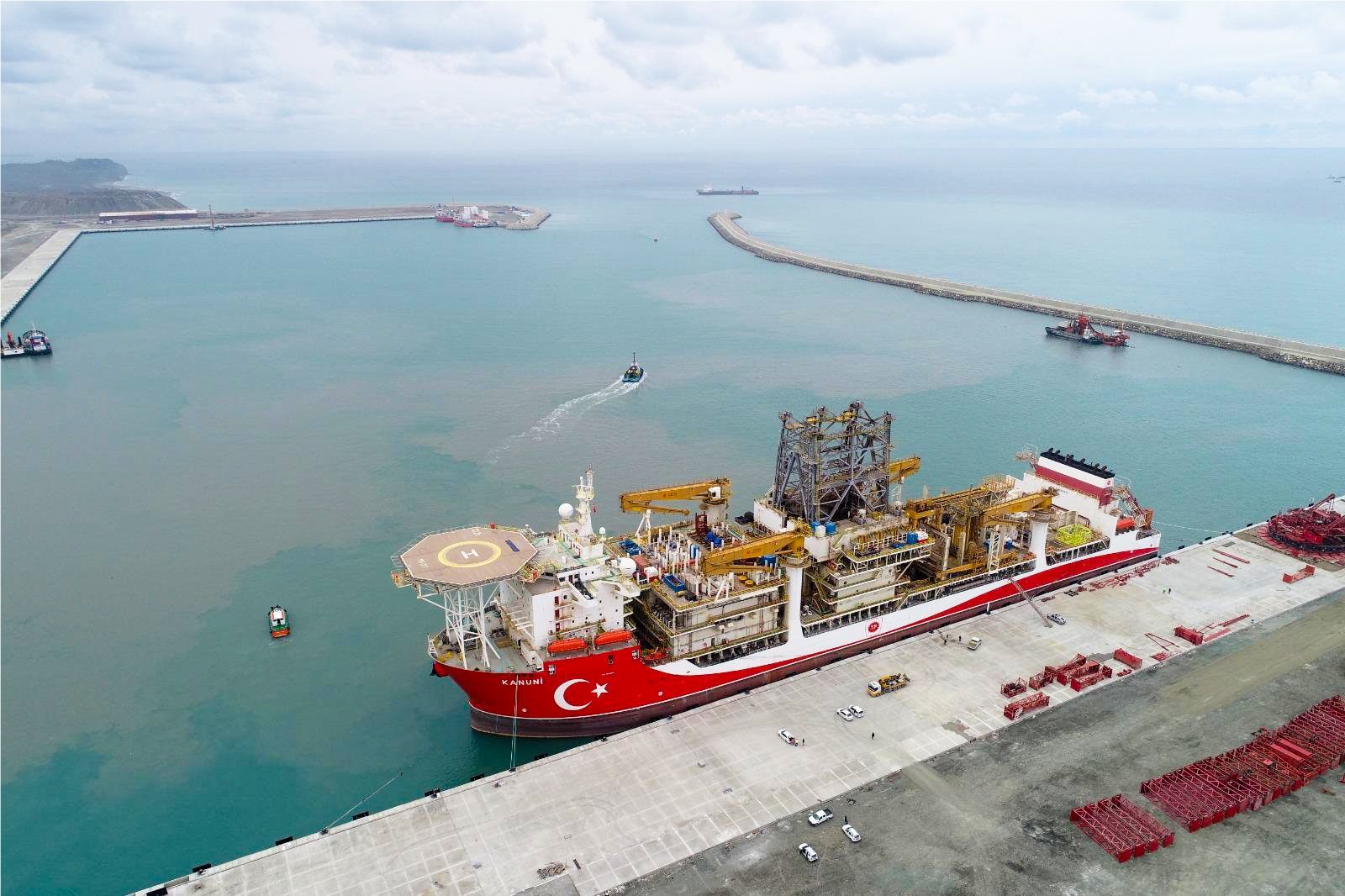 Turkey sees an annual natural gas production of between 15 billion cubic meters (bcm) to 20 bcm from the announced gas reserves in the Black Sea, the nation’s energy minister said Monday.

“We are estimating on average 15 bcm-20 bcm production every year,” Dönmez said.

The find brought the total amount of deposits discovered by the state energy company Turkish Petroleum Corporation (TPAO) to 540 bcm as the announcement followed another one last year that 405 bcm of natural gas was found at the nearby Tuna-1 well, the biggest ever discovery in the Black Sea.

With the energy import bill reaching $40 billion (TL 345.28 billion) on average over the last 10 years, the minister reiterated the importance of decreasing external dependency.

“We are far from meeting all our needs, but we will significantly reduce our imports ... Every barrel of oil or natural gas we find will reduce this dependence,” the minister added.

Turkey, which has little oil and gas, is highly dependent on imports from Russia, Azerbaijan and Iran, as well as liquified natural gas (LNG) imports from Qatar, the United States, Nigeria and Algeria.

It imported 48.1 bcm of gas last year, up 6% from a year before, of which a third was from Russia.

Ankara aims to pump gas from the Sakarya field to its main grid in 2023, with sustained plateau production starting in 2027 or 2028.

The field is expected to reach full production status after a four-phase development plan.

The Black Sea gas will be brought ashore with the Sakarya Gas Field Development project, which includes the construction of seabed gas production systems, a gas processing center within the Filyos industrial zone and pipelines to connect those units.

A pipeline stretching at least 160 kilometers (100 miles) will be required to connect new wells in the region to the main grid, while Ankara looks to construct the receiving station within two years.

Dönmez said the country is open to the option of drilling another exploratory well in the Black Sea this year.

“Currently, our colleagues continue to work at the northeast of the Sakarya gas field, in the Amasra-1 well. With the (recent) discovery announced in that field, perhaps this year we can open another exploratory well in the south and west of this area,” he noted.

“In the Black Sea, we are much more hopeful that we will find additional reserves than yesterday. Our work is progressing in accordance with the schedule.”

Turkey has also been exploring for hydrocarbon resources in the Eastern Mediterranean.

Dönmez said the results from eight drillings in the region have not matched the successes in the Black Sea so far, although evaluations on the more positive results are currently taking place.

The energy minister also pressed on the mutual benefits of a potential agreement on maritime jurisdictions with Egypt, which to date has only indirect contact and lacked energy ministry communication.

“If conditions are suitable, there might be some contacts,” he said.

Foreign Minister Mevlüt Çavuşoğlu in March said Turkey may negotiate a maritime demarcation agreement with Egypt in the Eastern Mediterranean, depending on the condition of bilateral ties.

Egypt in March demonstrated it respects Turkey’s continental shelf in the Eastern Mediterranean in its exclusive economic zone (EEZ) deal with Greece.

Cairo had announced a tender for hydrocarbon exploration in the region by recognizing the EEZ demarcated by Turkey. Some saw it as a signal of a possible agreement between Turkey and Egypt on the issue.

Relations between Ankara and Cairo have been strained since Egypt’s army toppled the democratically elected Muslim Brotherhood president, Mohammad Morsi, in 2013.

Ankara has recently intensified diplomacy to mend its fraught ties with Cairo and some Gulf Arab nations. President Recep Tayyip Erdoğan earlier this month said Turkey hopes to maximize its cooperation with Egypt and Gulf nations “on a win-win basis.”

Furthermore, Dönmez also touched on Turkey’s renewable energy expansion through the Renewable Energy Resource Zone (YEKA) tenders that aim to install 10,000 megawatts (MW) of solar and wind energy each by 2023.

Turkey will administer 2,000 MW of YEKA tenders for wind and 1,000 MW for solar this year, the minister said, adding that the mining sector also shows much promise with forecast mining exports this year expected in the region between $5 billion to $5.5 billion.