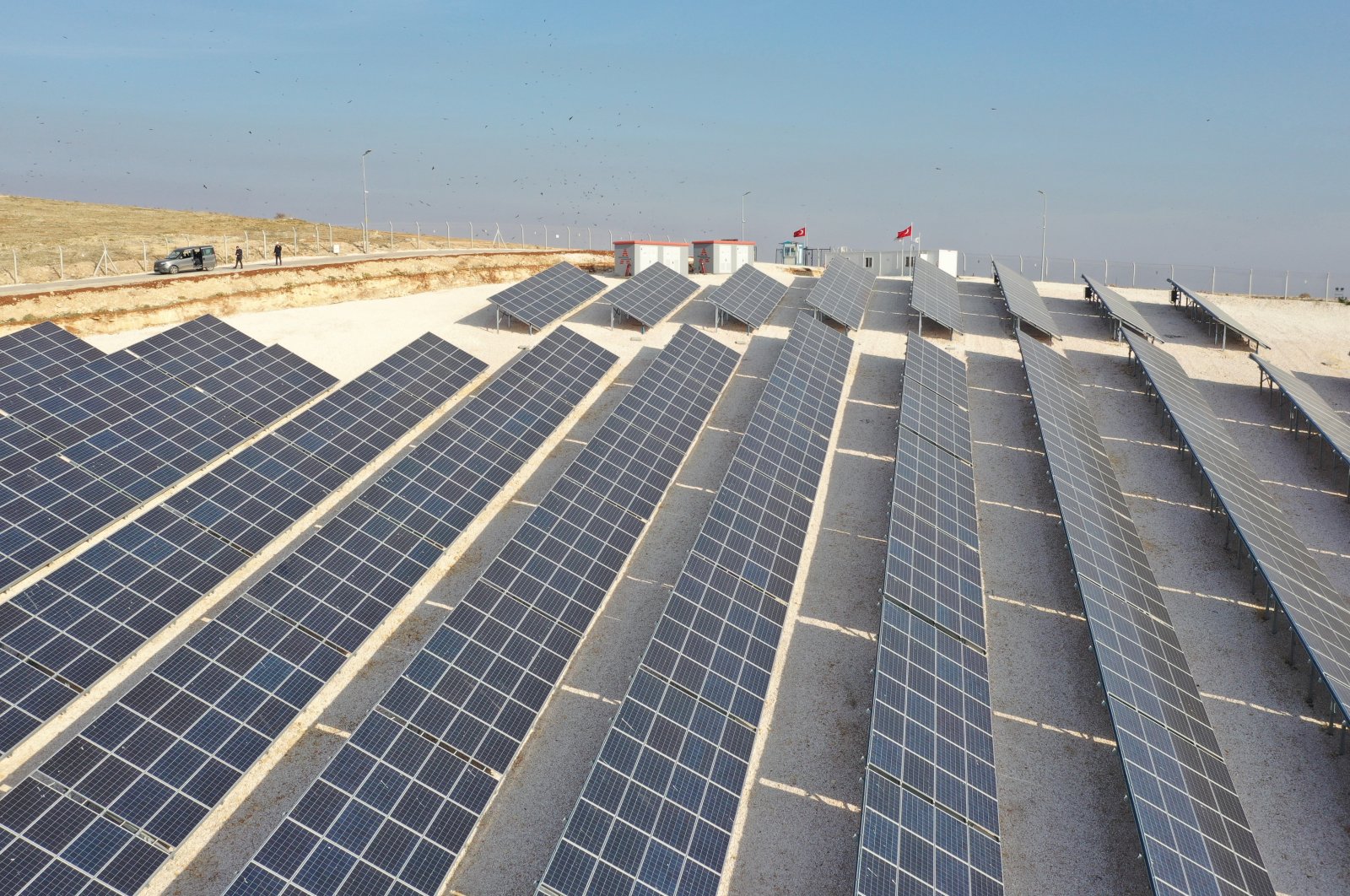 Turkey’s electricity generation from wind and solar surpassed the world average in 2020, according to data compiled by Anadolu Agency (AA) Monday from the Global Electricity Review 2021 report of London-based think tank, Ember.

Turkey generated 12% of its electricity from wind and solar in 2020, relative to the world average of 9.4%.

The share of all renewable sources stood at 43% of the country’s power generation, with coal and gas accounting for 34% and 23%, respectively.

The share of clean energy sources out of global electricity generation last year, including nuclear, was 39%, while coal was at 34%.

Energy and Natural Resources Minister Fatih Dönmez said Monday around 96.4% of the total installed power of 831 megawatts (MW) that was commissioned during the first two months of this year consisted of renewable resources.

He shared the related statement via his Twitter account with an infographic showing 801 MW of renewable sources formed the total installed power added in the January-February period.

Turkey, in 2020 was placed above the global average with wind and solar comprising 12% of its electricity last year, and the country ranked fifth out of G-20 countries for the share of wind and solar production, ahead of the United States and France.

Wind and solar electricity generation in Turkey increased by 15%, or 5 TWh in 2020 and installed capacity grew by 2 gigawatts (GW) to reach just under 16 GW.

Wind, in particular, showed strong growth with 1.2 GW of additional installed capacity in 2020, doubling the amount installed in 2019 and reaching a total of 9 GW.

However, the amount of additional solar capacity installed in 2020 was down 28% compared to 2019.

Turkey needs to maintain the growth in wind generation and escalate investment in solar power to increase the share of clean power, the report revealed.

Hydro production fell 12%, or 11 TWh year-on-year due to lower rainfall and because 2019 was a record year for renewables, with hydroelectricity generation up by 10%.

The report added that production at the three largest hydroelectric plants – Atatürk, Karakaya and Keban – was twice as high in 2019 compared to 2018 due to rainfall and snowfall being well above the seasonal average.

The drought in Turkey that followed in the second half of 2020 allowed a recovery in generation from natural gas with a 25% increase, or 13 TWh year-on-year, representing the highest annual natural gas gain among G-20 countries.

Last year, total electricity generation from coal dropped by 6%. This was mostly because five lignite plants had to cease operations in early 2020, as they did not make the necessary upgrades to comply with environmental regulations.

This brought a drop of 18% in lignite-fired electricity generation.

In Turkey, 1.6 GW of additional capacity was under construction in 2020 while 12.4 GW of proposed capacity was canceled, according to the report.

The world’s wind and solar share of production have doubled from 2015 to 2020 by comparison while Turkey’s has "impressively" tripled, according to the report.

Turkey's overall renewable power generation has overtaken coal four-fold since 2015, however, the last two years showed the highest margin at 9%.

Before 2015, renewables output was never higher than fossil fuels combined but in 2019 and 2020 the gap between them substantially dropped.

While renewable sources accounted for 33% of electricity generation in 2015, in 2020 they reached 43%, showing a greater uptake than the world average.

In line with the global trend, renewable electricity, particularly hydroelectric, displaced natural gas and coal. Electricity generation from natural gas plants fell by around 15% since 2015 but recovered in 2020 as hydro generation returned to normal levels of 26% due to the drought.

The dominance of gas over renewables is not expected to return to 2015 levels if wind and solar continue their steady growth, Ember said.

Turkey is one of the three G-20 countries where coal's share of production has increased during this period, the others being Indonesia and Russia.

Coal accounted for 29% of electricity generation in 2015 but this rose to 34% in 2020, with an increase of 4 GW in installed capacity over this period. Turkey's electricity demand, which is 1.5 times the global average per capita, grew steadily by 15% since 2015.

According to the report, Turkey has the largest pre-construction pipeline in Europe for new coal-fired plants and ranks third globally behind China and India.

This equates to 18 GW and 23 plants but it is highly unlikely that the majority of these plants will be commissioned, as around 80 coal projects have been canceled in Turkey over the last decade.