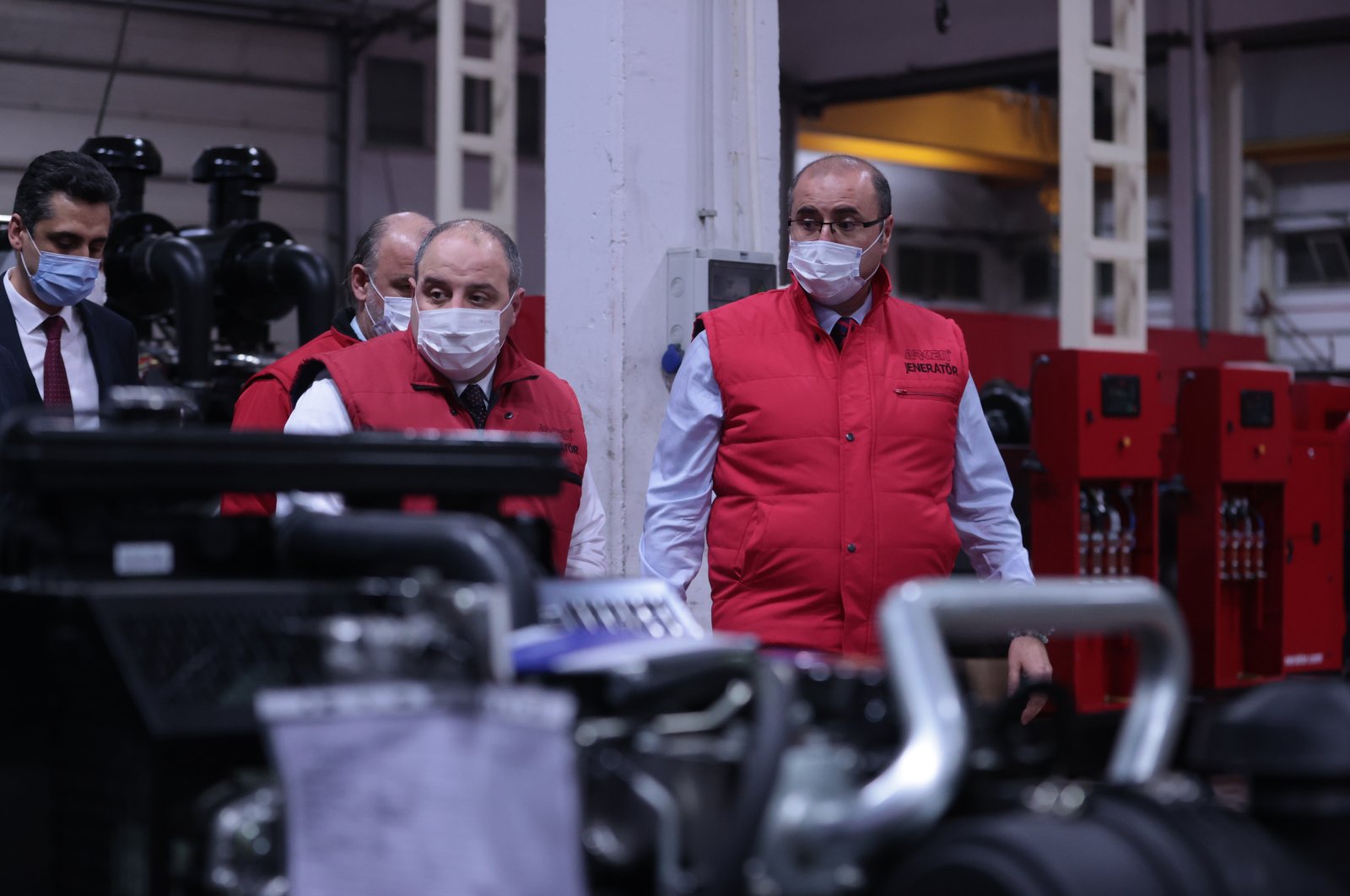 A Turkish company has built a prototype for the world’s first generator that runs solely on biodiesel fuel, Industry and Technology Minister Mustafa Varank said Sunday.

Speaking to Anadolu Agency (AA) during a visit to the facilities of Arken Generator, the company behind the prototype, Varank said the biodiesel generator would be a unique product in the world once it enters production.

Explaining that he visited the facilities after being invited by the founders of the company, Varank said he was there to discuss what the firm had planned for the future and to see whether there was a deal to be made.

“During our talks, our friends here gave us the good news. They have completed the prototype of the world’s first generator that runs fully on biodiesel fuel. They want to market this to environmentally conscious consumers,” he said.

Founded in 2012 by three engineers from Istanbul Technical University (ITÜ), Arken Generator employs around 300 people these days and exports its products to 72 countries, which accounts for half of the company’s revenue.

“I was impressed by the efforts of our friends here,” Varank said.

“Our country’s economy grows day by day with the help of our entrepreneurs and bright minds. We have witnessed here how three entrepreneurs from ITÜ created a large, reputable brand from scratch. I was sincerely impressed by what I have seen here. And I congratulate our friends. I hope we will see the Arken brand not just in 72 countries but 172 in the future,” he said.

“Our engineers oversee processes like automation or synchronization during the production of our conventional generators. We also completed the prototype of our full biodiesel generator and are developing hybrid solar systems,” Yüksel said about the company’s future plans.

Neither Yüksel nor Varank shared further details or technical specifications about the biodiesel prototype.