US warns firms about sanctions for work on Nord Stream 2, TurkStream 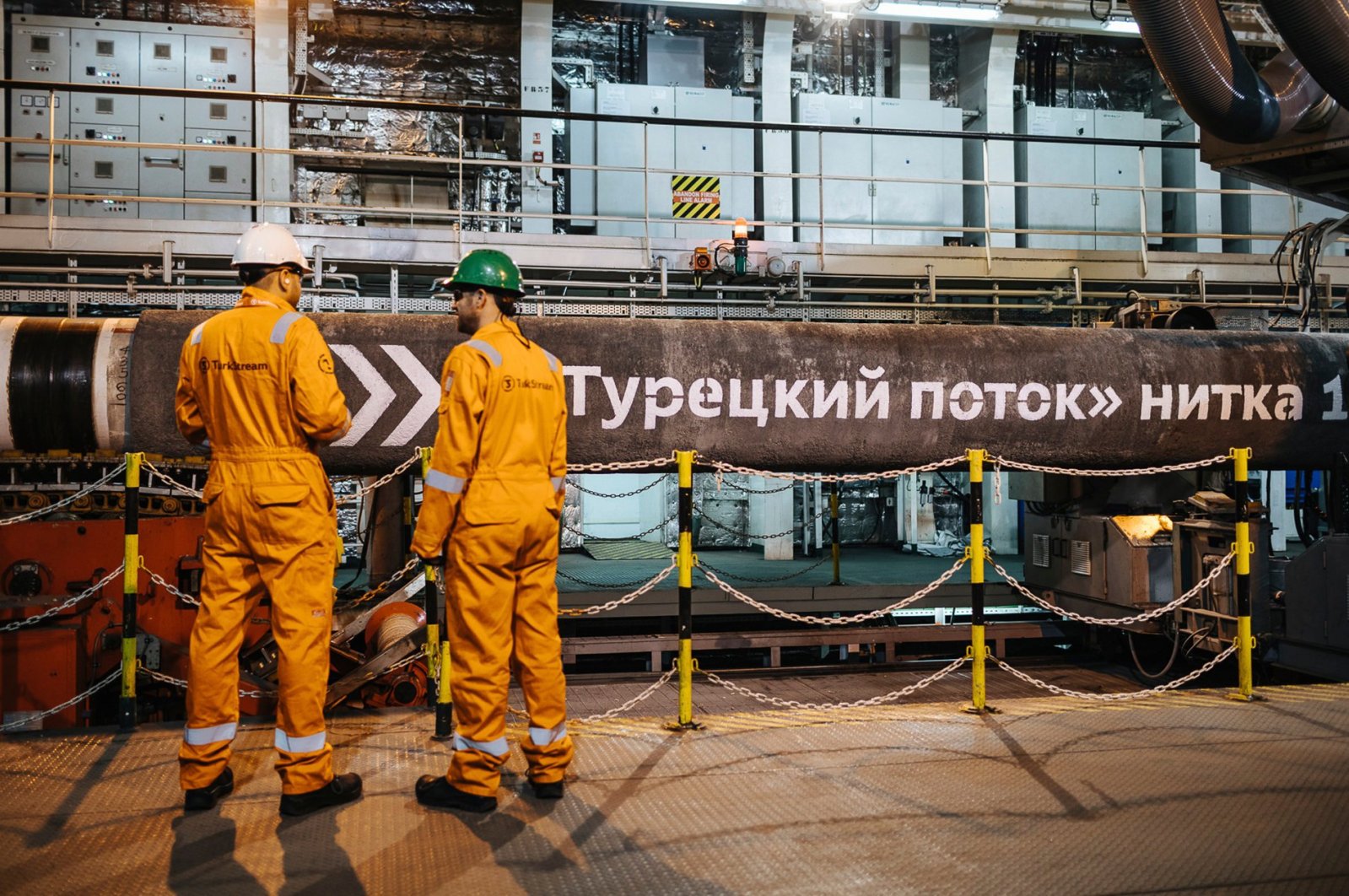 Workers are seen in front of pipes to be laid on the Black Sea seabed by the vessel Pioneering Spirit as part of the TurkStream gas pipeline project, Feb. 5, 2018. (AA Photo)
by DAILY SABAH WITH AGENCIES Jul 16, 2020 12:37 pm
RECOMMENDED

The Donald Trump administration on Wednesday warned companies involved in German-Russian and Turkish-Russian natural gas pipeline projects that they will be subject to U.S. penalties unless they halt their work. The move will likely increase tensions in already fraught U.S.-European ties as well as anger Russia.

Secretary of State Mike Pompeo announced the administration is ending grandfather clauses that had spared firms previously involved in the pipelines’ construction from sanctions authorized by the Countering America's Adversaries Through Sanctions Act (CAATSA), a 2017 law aimed at punishing Russia, in particular, for interference in U.S. elections and other matters.

The move opens the door for U.S. economic and financial penalties to be imposed on any European or other foreign company over the Nord Stream 2 and TurkStream projects, including those that had been working on the pipelines before the passage of CAATSA and had been previously exempted from the penalties.

“This action puts investments or other activities that are related to these Russian energy export pipelines at risk of U.S. sanctions,” Pompeo told reporters at a State Department news conference. “It’s a clear warning to companies. Aiding and abetting Russia’s malign influence projects will not be tolerated. Get out now or risk the consequences.”

He noted that the U.S., which has ramped up its own energy production under Trump, “is always ready to help our European friends meet their energy needs.” The U.S. has already begun exporting gas, and some coal, to central and eastern European nations like Belarus, Poland and Ukraine.

The U.S., which has a glut of natural gas, is trying to export liquefied natural gas, or LNG, to Europe. It has also supported efforts by Europe to diversify its imports of LNG from other sources, including Norway.

"This is the use of political pressure for unfair competition," Zakharova said. "It is an indicator of the weakness of the American system. Apart from forceful methods, there are no effective tools."

The Trump administration has lobbied Europe, particularly Germany, to abandon the pipelines that it believes put Europe under greater influence of Russia, which has used its energy exports as political leverage. Wednesday’s step comes as Congress advances legislation that would mandate the imposition of sanctions that had been authorized by CAATSA.

Pompeo said he would raise the matter on a brief trip to Europe next week when he plans to visit Britain and Denmark. Denmark last year lifted environmental objections to a portion of the Nord Stream 2 pipeline, allowing for work to start on its completion.

The U.S. has been an outspoken opponent of the Nord Stream 2 pipeline, which would transport natural gas about 750 miles (1,200 kilometers) under the Baltic Sea from Russia to Germany. Along with eastern European countries that also oppose the project, the U.S. government argues that it will make Europe dangerously dependent on Russia.

Already the threat of U.S. sanctions has led one company that had not been covered by the grandfather clause to suspend its work on the pipeline. Late last year, the Swiss firm Allseas, which operated ships laying sections of the undersea pipeline, said it was halting work in anticipation of sanctions.

Nord Stream 2 is owned by Russia’s Gazprom, with investments from several European companies. The German government has said it regrets the threat of sanctions and considers them interference in the country’s domestic affairs. Chancellor Angela Merkel, however, made it clear last week that Germany is not considering retaliation against the sanctions.

Russia has said it is considering retaliatory measures. Pompeo spoke to Russian Foreign Minister Sergey Lavrov on Monday, and Trump spoke to President Recep Tayyip Erdoğan on Tuesday, but there was no indication that the pipelines had been discussed.

TurkStream, launched by Erdoğan and his Russian counterpart Vladimir Putin on Jan. 8, consists of two 930-kilometer (577-mile) offshore lines stretching from Russia to Turkey across the Black Sea, and two separate onshore lines that are 142 and 70 kilometers long.

Commercial supplies via the gas pipeline commenced on Jan. 1.

The project has a total annual capacity of 31.5 billion cubic meters (bcm). The first line with a capacity of 15.75 bcm is designated for supplies to Turkey’s domestic customers, and the second line, with another 15.75 bcm capacity, carries Russian gas further to Europe through Bulgaria. Over 1.32 bcm of Russian gas was transferred to Europe from Turkey via the pipeline during the first quarter of 2020.