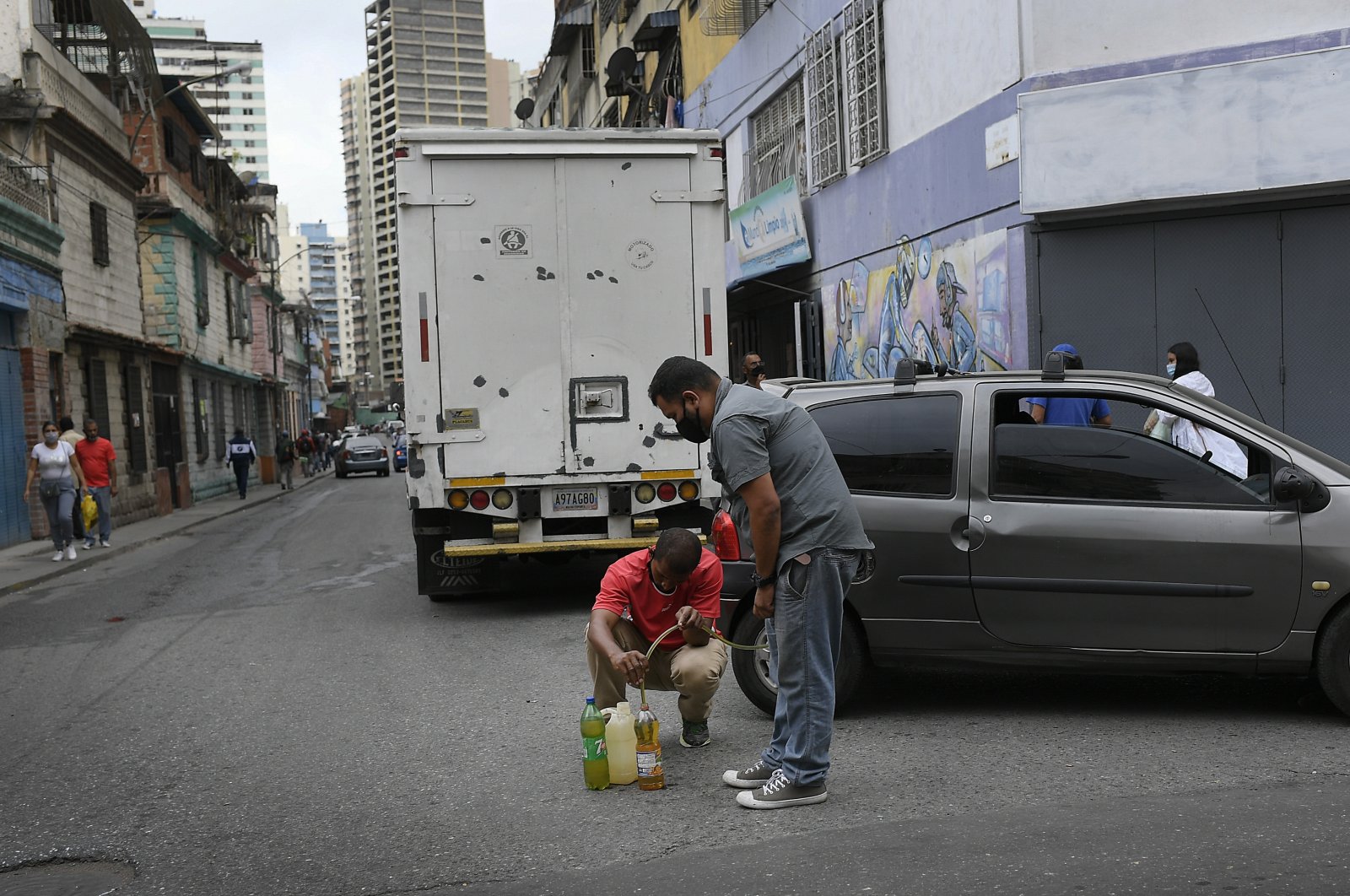 Men siphon gasoline from a car to store so they can return to the gas station to fill up again, in the San Juan neighborhood of Caracas, Venezuela, Jan. 19, 2021. (AP Photo)
by Anadolu Agency Jan 24, 2021 2:48 pm
RECOMMENDED

Venezuelan President Nicolas Maduro on Saturday expressed willingness to “turn the page” with the U.S., following the presidency change, especially to revive the sanctions-hit oil industry.

Maduro's desire is that the two nations can reach a "new path" after years of tension between the Maduro government and the Trump administration. The Venezuelan president said the path should be based on "mutual respect, dialogue, communication and understanding."

He said that government should focus on "breaking the blockage, achieving an economic recovery and establishing a great national dialogue."

The U.S. officially broke diplomatic ties in January 2019, when the Trump administration recognized Juan Guaido as Venezuela's interim president. At the time, Guaido was serving as president of the Venezuelan National Assembly.

Later that year, the U.S. imposed a series of economic sanctions against Venezuela and its state-owned oil and natural gas company, PDVSA.

The measures, according to Maduro, have resulted in Venezuela losing 99% of its revenues. Similarly, Vice President for Planning Ricardo Menendez estimated that the country has lost more than $40 billion because of the sanctions.

In November, when Joe Biden won the U.S. presidential election, Maduro congratulated the then-president-elect and said his government was "ready for dialogue and good understanding with the people and government of the United States."

Maduro repeated the message in December. Later that month, there were reports that Biden was ready to reestablish talks with Venezuela.