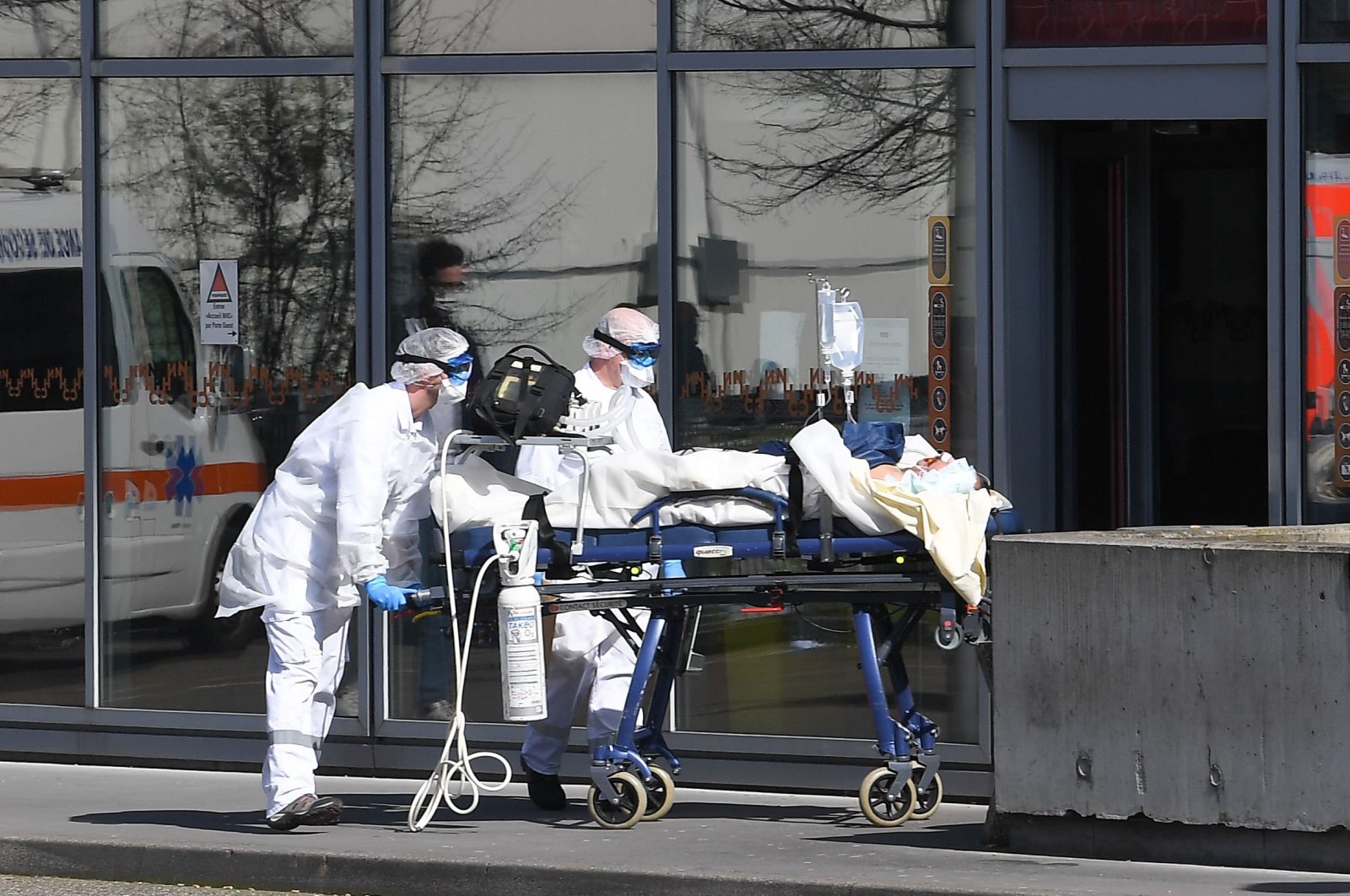 A patient under respiratory assistance is escorted to the Strasbourg University Hospital by members of the medical staff of the SAMU-SMUR emergency services, Strasbourg, March 16, 2020. (AFP Photo)
by German Press Agency - DPA May 28, 2020 3:41 pm

European countries should avoid cutting health budgets as they head into economic recession in the wake of the coronavirus pandemic, the head of the World Health Organization's (WHO) European regional office urged on Thursday.

"At WHO we are concerned that countries will respond to this crisis in the same way they did to the recession 10 years ago," Hans Kluge of the Copenhagen-based agency said.

"Between 2008 and 2013, public spending on health per person fell in around half of the countries in our region," he said. The WHO European region groups 53 countries.

According to the WHO, unmet health needs increased during that period in 19 of the 28 EU countries.

Kluge underlined at the weekly online briefing that COVID-19 has affected "vulnerable people" including those in informal work, the poor and single mothers.

Yet there were examples of how countries and communities have helped alleviate problems. He mentioned rental assistance programs for homeless people in Spain and how volunteer organizations in Serbia have assisted Roma children with distance learning.

The WHO European region has accounted for 2 million cases, 38% of the global caseload.