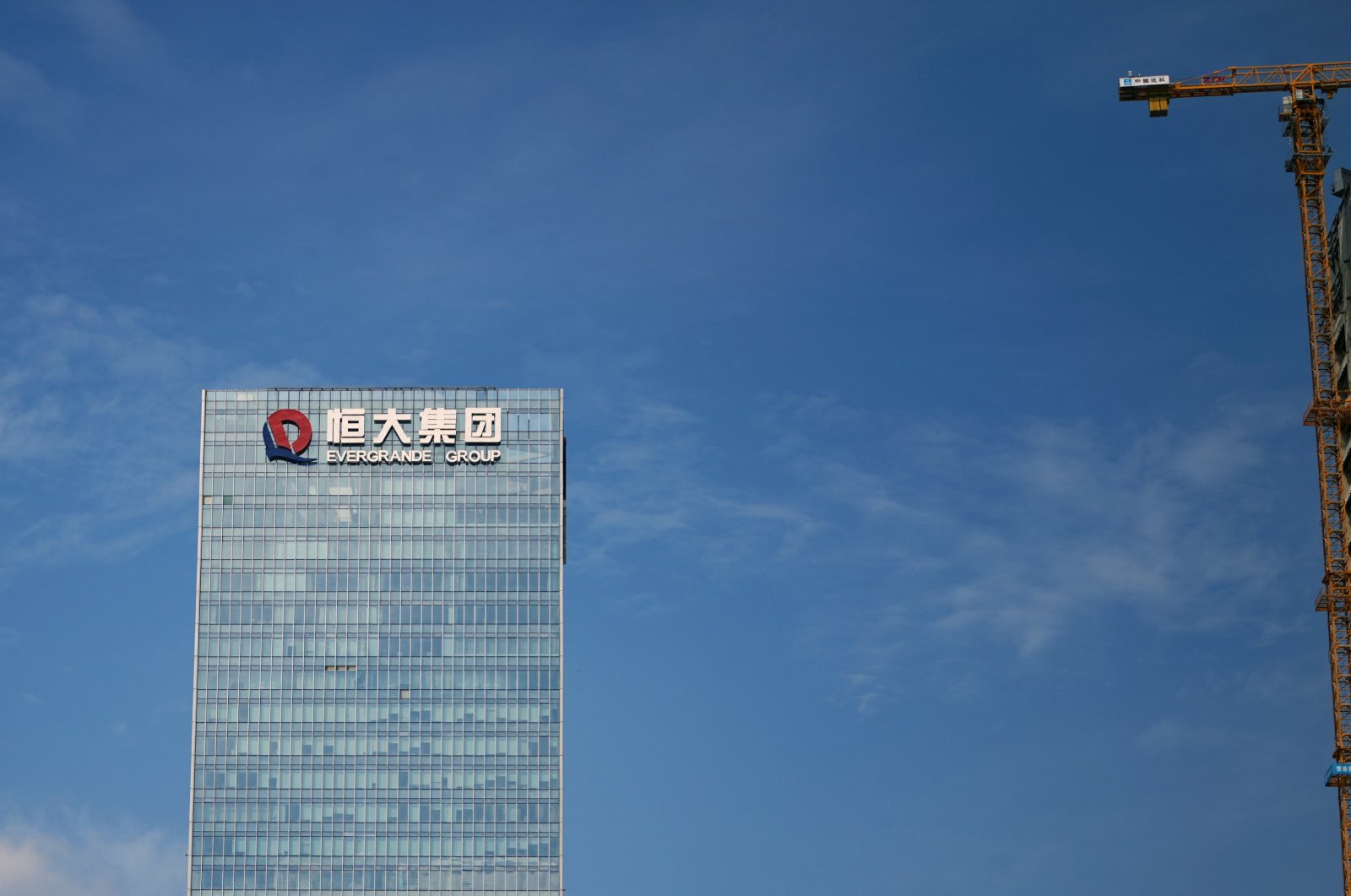 A crane stands at a construction site near the headquarters of China Evergrande Group in Shenzhen, Guangdong province, China, Sept. 26, 2021. (Reuters Photo)
by Agencies Nov 11, 2021 1:24 am
RECOMMENDED

China Evergrande Group may have succeeded in heading off default once again, New York Times said in an article late Wednesday after the earlier announcement that the company, indeed defaulted.

The property giant “made interest payments on at least two of its bonds on Wednesday, a company bondholder said, a sign that it yet again managed to head off default,” New York Times journalist Lauren Hirsch said in the piece.

“Evergrande owed investors interest payments totaling nearly $150 million on three bonds, with the grace periods for those payments set to expire on Wednesday.”

Evergrande, the world's most indebted developer, has been stumbling from deadline to deadline in recent weeks as it grapples with more than $300 billion in liabilities, $19 billion of which are international market bonds.

The company has not defaulted on any of its offshore debt obligations – yet. But a 30-day grace period on coupon payments of more than $148 million on its April 2022, 2023 and 2024 bonds ended on Wednesday.

The failure to pay results in a formal default by the company, and triggers cross-default provisions for other Evergrande dollar bonds, exacerbating a debt crisis looming over the world's second-largest economy.

For its two separate offshore coupon payment obligations that were due in late September, the developer's bondholders did not receive the payments until one working day after the 30-day grace periods ended.

Evergrande's problems add to concerns about a liquidity squeeze in the property sector. It also has coupon payments totaling more than $255 million on its June 2023 and 2025 bonds due on Dec. 28.

China's property woes rattled global markets in September and October. There was a brief lull in mid-October after Beijing tried to reassure markets the crisis would not be allowed to spiral out of control.

But concerns have resurfaced, with the U.S. Federal Reserve warning on Tuesday that China's troubled property sector could pose global risks.

More developers are seeing their credit ratings slashed on their worsening financial profiles.

Moody's Investors Service on Wednesday downgraded Kaisa Group, which on Tuesday made a desperate plea for help, citing liquidity risks, limited financial flexibility and weak recovery prospects for its creditors.

Kaisa has the most offshore debt of any Chinese developer, after Evergrande. The developer has coupon payments of more than $59 million due on Thursday and Friday.

S&P Global Ratings said separately it had downgraded Shimao Group Holdings' rating to "BB+" from "BBB-" over concerns that tough business conditions would hinder the company's efforts to reduce debts.

S&P considers a rating under "BBB-" to be a speculative grade.

Worries over the potential fallout from Evergrande have also slammed the bonds of Chinese real estate companies amid worries the crisis could spread to other markets and sectors.

Shares of developer Fantasia Holdings plunged 50% on Wednesday after it said there was no guarantee it would be able to meet its other financial obligations following a missed payment of $205.7 million that was due on Oct. 4.