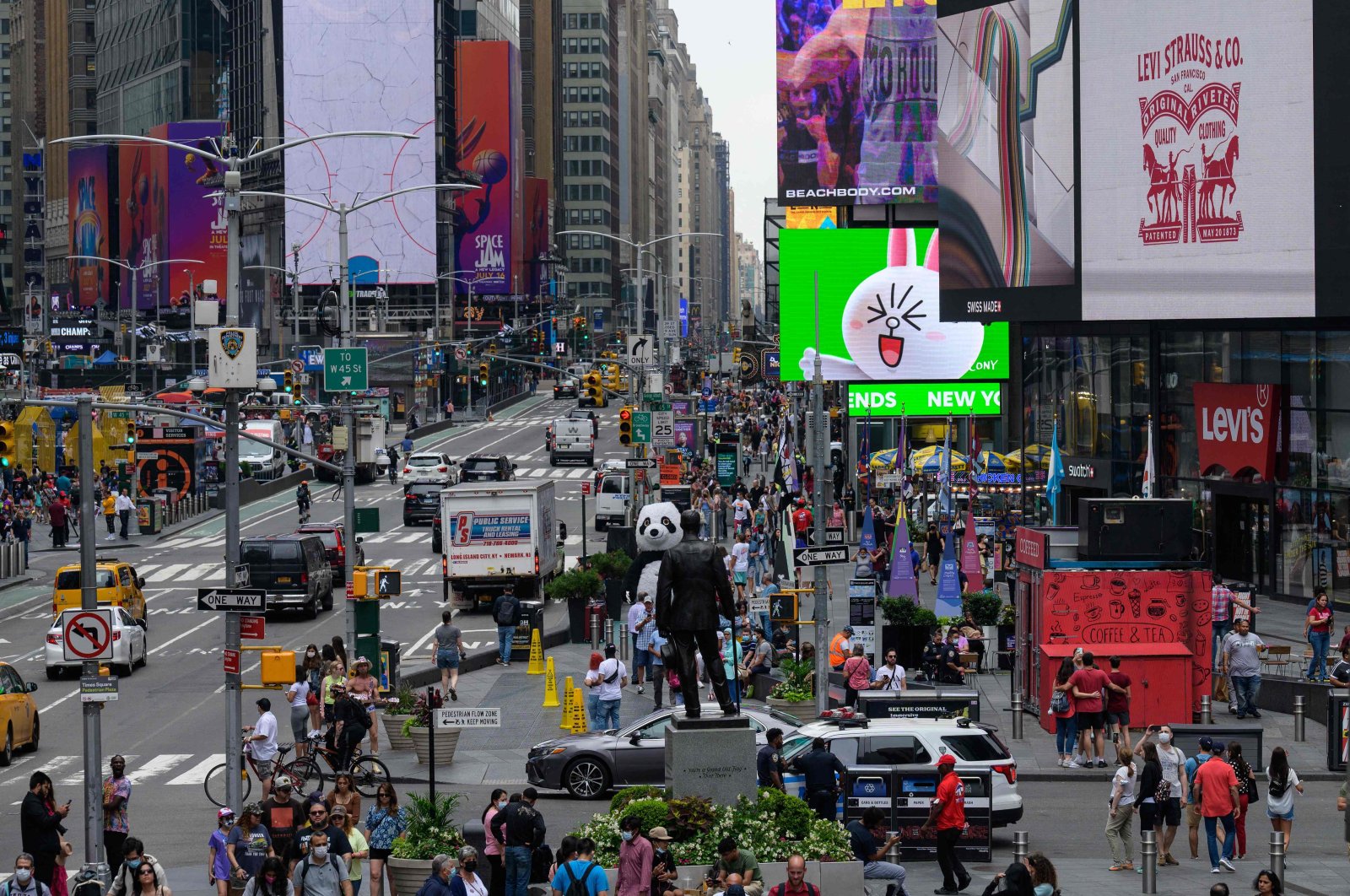 The impact of the U.S. economic recovery from the pandemic on loan quality has boosted the earnings of American banks like JPMorgan Chase while profits at Goldman Sachs also jumped amid a merger boom.

But widespread access to COVID-19 vaccines and the accelerating reopening of the US economy have put those days in the rearview mirror.

At JPMorgan, which has a significant retail operation in addition to investment banking, combined debit and credit card spending was up 45% from the year-ago level and more than one-fifth higher than in the pre-pandemic 2019's second quarter, said Chief Executive Jamie Dimon.

The much sunnier outlook, however, includes some continued question marks surrounding the course of the pandemic.

The rapid spread of the delta variant of COVID-19 is one factor creating "elevated uncertainty" about the bank's outlook for "a very robust recovery," said JPMorgan Chief Financial Officer Jeremy Barnum.

Vaccine pickup "is not consistent across communities and nations, including parts of the United States," Solomon said on a conference call with analysts. "Widespread vaccine distribution and high vaccine rates are critical to open and thriving economies."

Loan growth 'bit of a slog '

The biggest US bank by assets, JPMorgan kicked off the earnings season for the sector, reporting that profits more than doubled to $11.9 billion in the latest quarter, including a boost from $3 billion that had been set aside as reserves.

JPMorgan had budgeted $8.9 billion for bad loans in the year-ago period, but it reported just $734 million in charge-offs for defaults in the second quarter.

But revenues for the period fell eight percent to $30.5 billion, as the bank's trading business saw much less activity compared with the year-ago level.

Loan growth is going to be "a little bit of a slog through the rest of this year," Barnum told reporters.

While "unusually high" pay rates for credit cards are "a healthy thing for consumers," he said, "it does create a bit of a headwind for our loan growth."

At Goldman, profits came in at $5.3 billion in the second quarter, compared to just $197 million a year earlier, when results were dented not only by provisions for bad loans but from elevated legal costs.

Revenues were $15.4 billion, a 16% increase and the second-highest quarterly revenues in the firm's history after the first three months of 2021.

Goldman's results reflected a jump in financial advisory revenues due to a rise in completed mergers and acquisitions. The backlog of additional deals also "increased significantly compared with the end of 2020."

However, Goldman also saw a steep drop in markets revenue on lower volatility compared with the same period of last year.

He expressed measured concern about rising prices, noting Goldman economists' views that "inflationary pressures might be transitory," in which case "any resulting risks could be adequately managed."

Goldman announced a boost in its quarterly dividend to $2 per share from the prior $1.25.