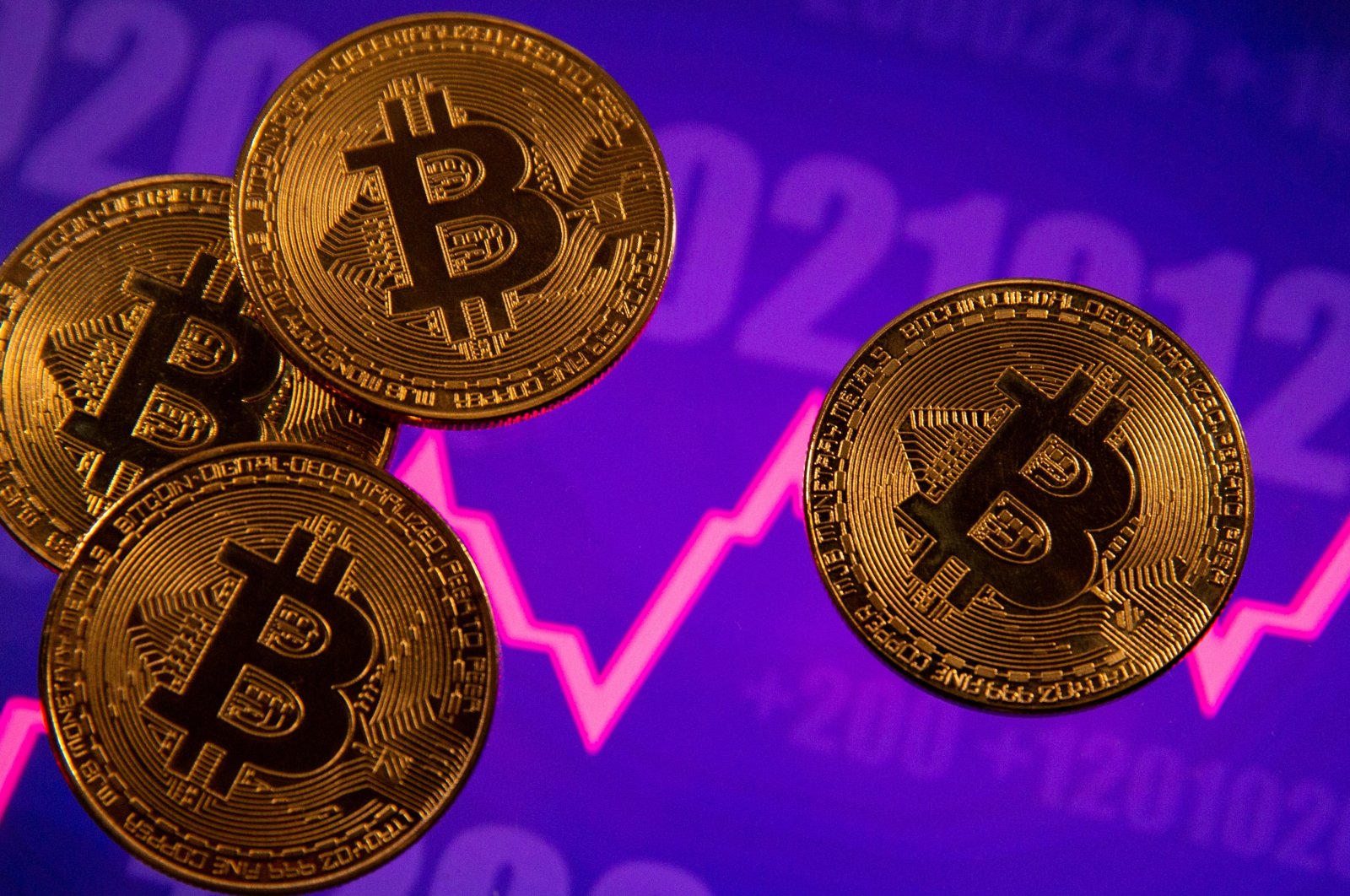 A representation of virtual currency Bitcoin in front of a stock graph in an illustration taken March 15, 2021. (Reuters Photo)
by REUTERS Apr 11, 2021 1:04 pm
RECOMMENDED

Bitcoin’s value spiked above the $60,000 zone to approach record highs over the weekend, breaking out of a two-week tight range and propelled by talk of constrained new supplies against evidence of wider adoption.

Justin d’Anethan, sales manager at digital asset company Diginex in Hong Kong, said investors had turned their attention to stock markets and other cryptocurrencies in the past couple of weeks, leaving Bitcoin idling in the upper 50,000-dollar levels.

“That changed just yesterday when we pierced through 60K. With miners not selling recently minted coins, on-exchange reserves hitting multi-year lows and an incessant stream of corporates, funds, large and small investors piling into BTC, we punched through,” he said.

Bitcoin’s stunning gains this year have been driven by its mainstream acceptance as an investment and a means of payment, accompanied by the rush of retail cash into stocks, exchange-traded funds and other risky assets.

It soared this year as major firms – such as BNY Mellon, asset manager BlackRock Inc. and credit card giant Mastercard Inc. – backed cryptocurrencies, while those such as Tesla Inc., Square Inc. and MicroStrategy Inc. invested in bitcoin.