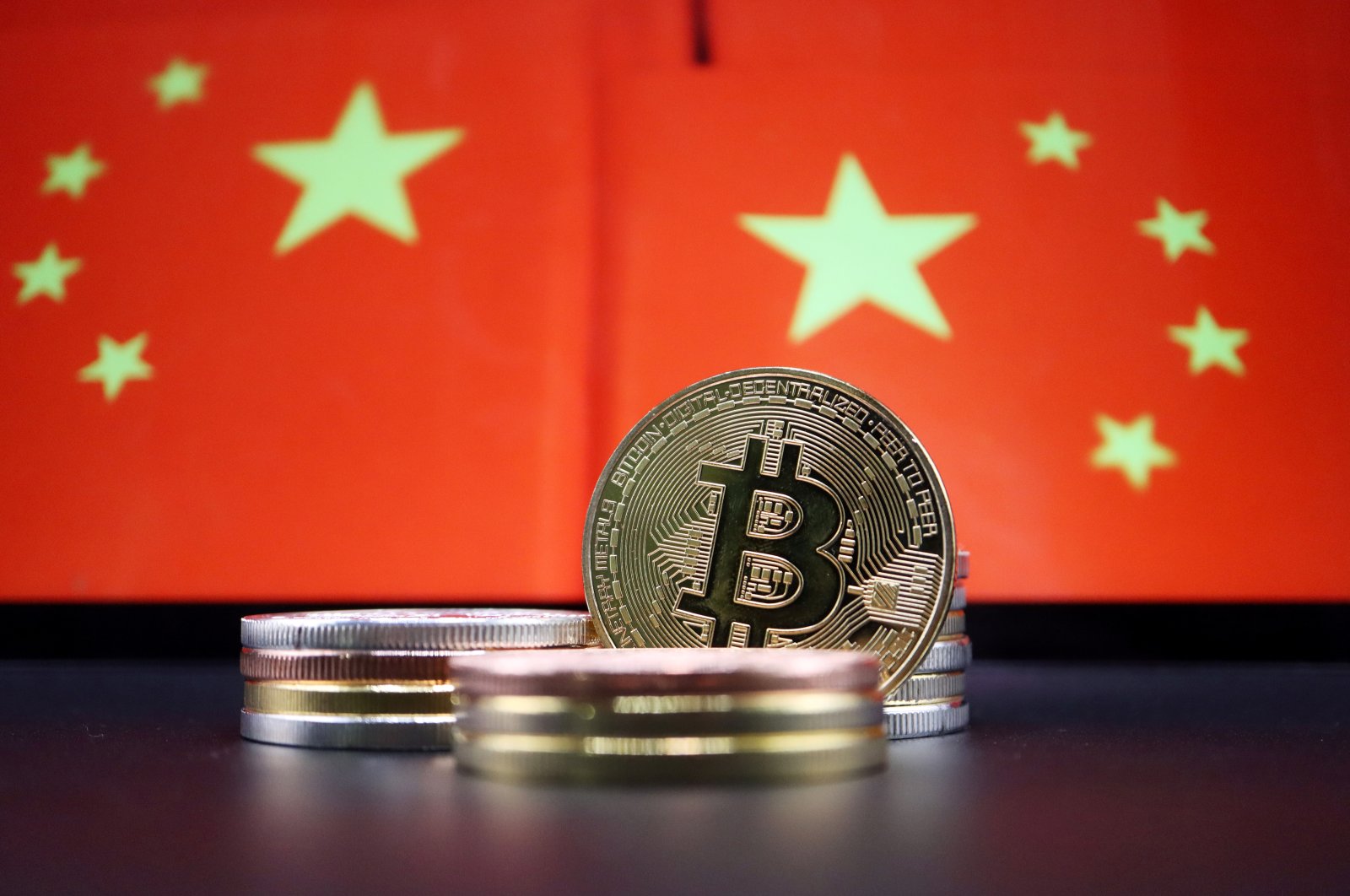 Representations of Bitcoin are seen in front of an image of Chinese flags in this illustration picture taken June 2, 2021. (Reuters Photo)
by French Press Agency - AFP Jun 21, 2021 10:44 am
RECOMMENDED

Beijing most recently delivered a new ban on cryptocurrency mines in a key southwestern province.

Chinese mines power nearly 80% of the global trade in cryptocurrencies despite a domestic trading ban since 2017. In recent months, however, several provinces have ordered the mines to close as Beijing turns a sharp eye to the industry.

Authorities in the province of Sichuan ordered the closure of 26 cryptocurrency mines last week, according to a notice widely circulated on Chinese social media and confirmed by a former Bitcoin miner.

The price of Bitcoin sank to as low as $32,309. The unit has taken a severe hit in recent weeks, having hit a record near $65,000 in April, partly because of Beijing's crackdown.

The notice reportedly instructed power companies to stop supplying electricity to all cryptocurrency mines by Sunday.

It vowed a "complete clean-up" and ordered local governments to carry out a "dragnet-style investigation" to find and shut down suspected cryptocurrency mines.

The province represents one of the largest bases for mining in the country.

A former cryptocurrency miner told Agence France-Presse (AFP) that they had "closed everything" in line with the requirements in recent days.

"There have been working groups coming to check ... making sure we shut down operations and removed the machines," he said.

Sichuan, a mountainous region in southwest China, is home to a large number of cryptocurrency mines, which require a colossal amount of energy supplied by the province's cheap and abundant hydropower.

According to a report in the state tabloid the Global Times, the closure of mines in the province has resulted in the shutting down of more than 90% of the country's cryptocurrency mining capacity.

Beijing has turned the screw on cryptocurrency miners to stamp out financial risks from speculation, although environmental concerns about the gas-guzzling mines is also a factor.

Chinese media reported that electricity supply to all crypto mines across the province was stopped at midnight Sunday, as the topic trended on social media.

Sichuan is China's second most intensive mining region after Xinjiang in the country's northwest, according to Cambridge University's Bitcoin Electricity Consumption Index.

All crypto mines in the sparsely populated but coal- and hydropower-rich regions of Inner Mongolia and Qinghai were also ordered to shut down in recent months, with citizens encouraged to report illegal mines.

China is in the midst of a wide-ranging regulatory crackdown on its fintech sector, whose biggest players – including Alibaba and Tencent – have been hit with big fines after being found guilty of monopolistic practices.