Bitcoin down nearly 50% from year's high as miners eye exits 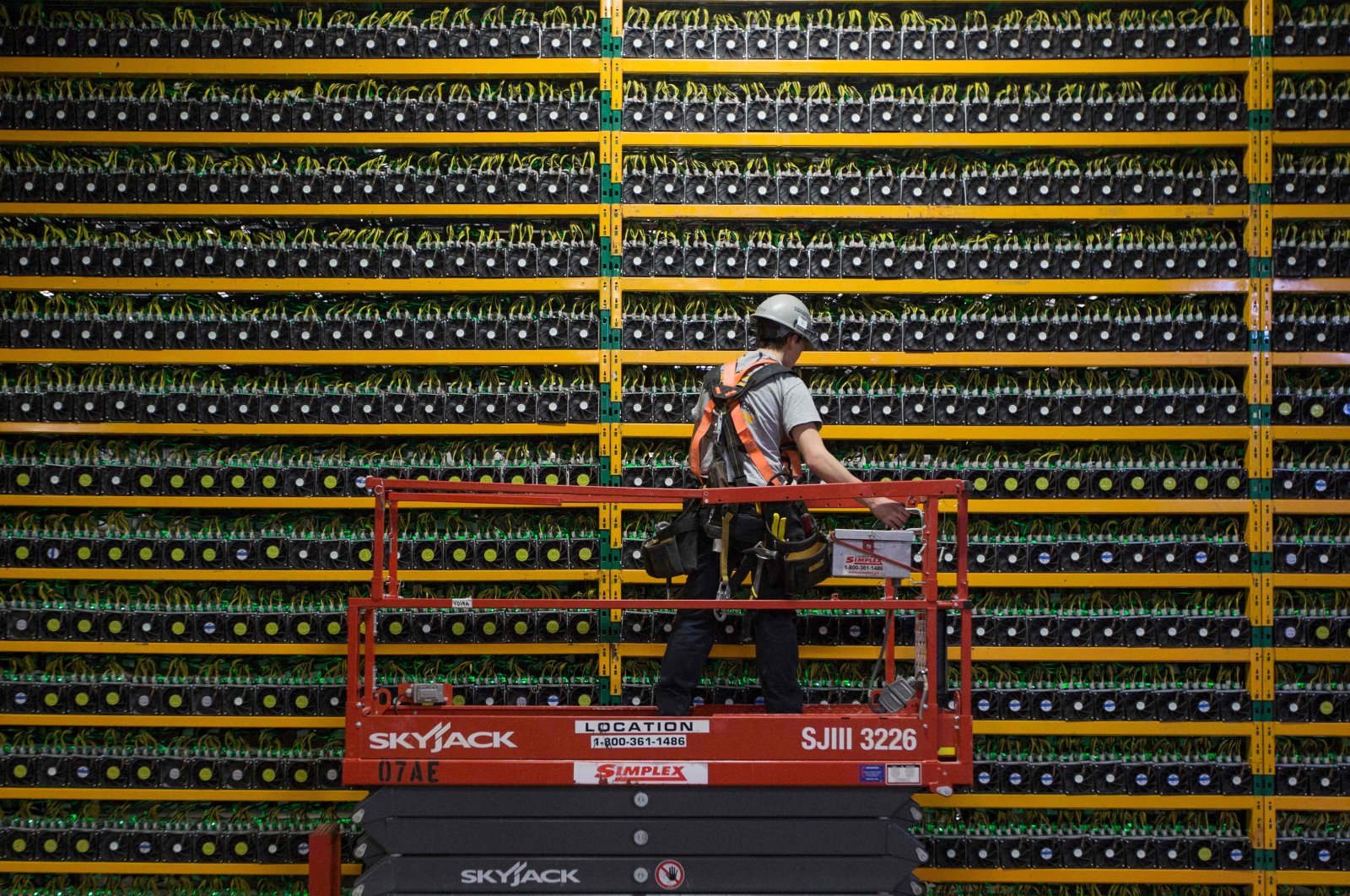 Following Beijing’s intensified crackdown on bitcoin mining and trading that hammered digital currencies amid heightened global regulatory scrutiny, cryptocurrency miners, including HashCow and BTC.TOP, have halted all or part of their China operations. Cryptocurrencies meanwhile fought to find footing on Monday as the largest digital token, Bitcoin, tumbled nearly 50% from the year's high.

A State Council committee led by Vice Premier Liu He announced the crackdown late on Friday as part of efforts to fend off financial risks. It was the first time China's cabinet targeted virtual currency mining, a sizable business in the world's second-biggest economy that some estimates say accounts for as much as 70% of the global crypto supply.

Cryptocurrency exchange Huobi on Monday suspended both crypto-mining and some trading services to new clients from mainland China, adding it will instead focus on overseas businesses.

Crypto miners use increasingly powerful, specially-designed computer equipment, or rigs, to verify virtual coin transactions in a process that produces newly minted cryptocurrencies such as bitcoin.

The crackdown is also part of China's stepped-up drive to curb speculative crypto trading, he added.

Bitcoin took a beating after the latest Chinese move, and is now down nearly 50% from its all-time high. It shed as much as 17% on Sunday, before paring some losses and was last trading steady in Asia.

Bitcoin climbed as high as $35,970 from Sunday's trough at $31,107, but the growing sense of a shakeout flowing through the frothy market left it struggling to make further gains and it remains some 45% below last month's record peak of $64,895.

The collapse leaves the world's biggest cryptocurrency back where it traded in February before Tesla announced a $1.5 billion bitcoin purchase and made a since-reversed decision to accept it as payment for cars.

Rival cryptocurrency ether hit an almost two-month low of around $1,730 on Sunday and bounced as high as $2,101 on Monday before losing some steam. Dogecoin, launched as a parody before Musk's backing vaulted it up more than a hundredfold this year, last traded at $0.30.

"After a brief bounce off last week's multi-month lows, some of the paper-handed types have seemingly sold-out," said IG Markets' analyst Kyle Rodda, using the market term for short-term holders who sell at the first signs of trouble.

"Or (they) decided to pack it in and cut their losses," he said, "as Bitcoin's momentum, and the speculative mania that drove it, almost entirely disappears."

Investor protection and money laundering are particular concerns of global financial regulators who are grappling with whether and how they should regulate the cryptocurrency industry.

"Huobi always strives to abide by the evolving policies and regulations of each jurisdiction," Huobi said in a statement to Reuters.

BTC.TOP founder Jiang Zhuoer said in a microblog post via Weibo that its mining business will no longer be open to mainland China, while HashCow said it would suspend new businesses in China in a notice to clients. BTC.TOP and HashCow could not be immediately reached for comment.

Meanwhile, Europe's biggest bank, HSBC, also has no plans to launch a cryptocurrency trading desk or offer the digital coins as an investment to customers, because they are too volatile and lack transparency, its Chief Executive Noel Quinn told Reuters.

HSBC's stance also contrasts with rival banks such as Goldman Sachs, which Reuters in March reported had restarted its cryptocurrency trading desk.

China, which is central to HSBC's growth strategy, said last Tuesday that it had banned financial institutions and payment companies from providing services related to cryptocurrency transactions.

Reuters reported in April that HSBC had banned customers in its online share trading platform from buying shares in bitcoin-backed MicroStrategy, saying in a message to clients that it would not facilitate the buying or exchange of products related to virtual currencies.

Quinn said his skeptical stance on cryptocurrencies partly arose from the difficulty of assessing the transparency of who owns them, as well as problems with their ready convertibility into fiat money.

"I view Bitcoin as more of an asset class than a payments vehicle, with very difficult questions about how to value it on the balance sheet of clients because it is so volatile," he said.

"Then you get to stablecoins, which do have some reserve backing behind them to address the stored value concerns, but it depends on who the sponsoring organization is plus the structure and accessibility of the reserve."

The soaring popularity of cryptocurrencies has posed a problem for mainstream banks in recent years, as they try to balance catering to clients' interests with their own regulatory obligations to understand the source of their customers' wealth.

HSBC's stance against offering cryptocurrencies as an asset class marks it out against European rivals such as UBS, which is exploring ways to offer them as an investment product according to media reports earlier this month.

The annual energy consumption of China's cryptocurrency miners is expected to peak in 2024 at about 297 terawatt-hours, greater than all the power consumption by Italy in 2016, according to a study recently published in the scientific journal Nature Communications.

China has already lost its position as a global cryptocurrency trading center after Beijing banned crypto exchanges in 2017.

Chen of Novem Arcae said the crypto craze, if not curbed, could turn into froth similar to the Dutch tulipomania in the 17th century – often regarded as the first financial bubble in recorded history.

"The only difference is that after the tulip bubble burst, there were still some beautiful flowers left," Chen said.

"But when the virtual currency bubble bursts, what would be left are merely some computer codes."