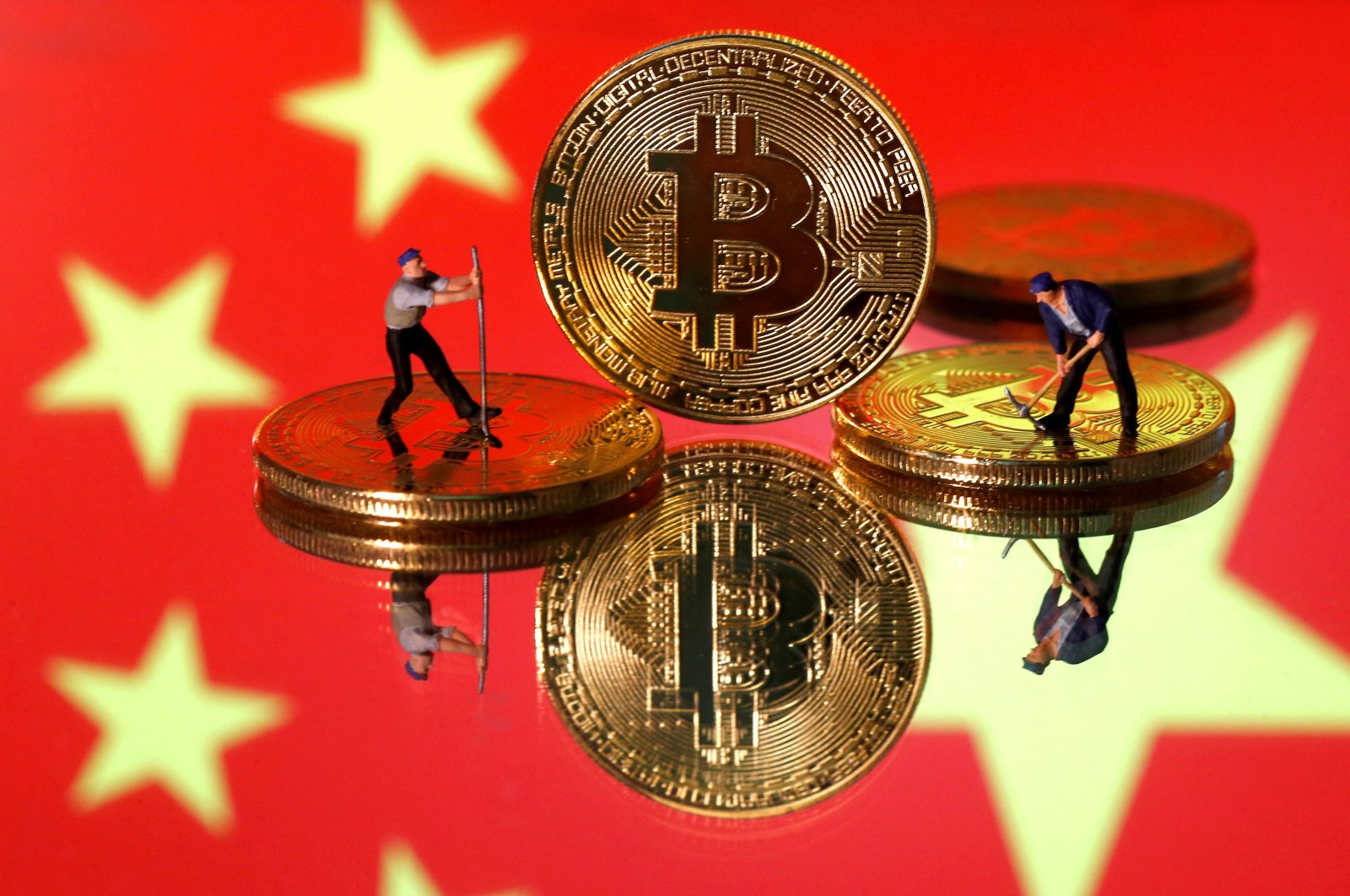 Small toy figurines are seen on representations of the Bitcoin virtual currency displayed in front of an image of China's flag in this illustration picture, April 9, 2019. (Reuters Photo)
by Agencies Jun 22, 2021 3:47 pm
RECOMMENDED

Bitcoin fell below $30,000 for the first time in nearly five months after being hit by concerns over China’s ongoing crackdown on cryptocurrencies.

The world’s largest cryptocurrency sank to as low as $29,334 at about 1230 GMT, a level last seen in January, with analysts citing Chinese efforts to curb trading and mining operations.

"Concerns mount over China's ongoing clampdown and fears that widespread acceptance of bitcoin and other digital currencies will be delayed because of concerns about their environmental impact," said analyst Fawad Razaqzada at trading site ThinkMarkets.

China has broadened a crackdown on its massive cryptocurrency mining industry with a ban on mines in the key southwestern province.

Chinese mines power nearly 80% of the global trade in cryptocurrencies despite a domestic trading ban since 2017, but in recent months several provinces have ordered mines to close as Beijing turns a sharp eye to the industry.

Authorities in the province of Sichuan ordered the closure of 26 mines last week, according to a notice widely circulated on Chinese social media and confirmed by a former bitcoin miner.

Sichuan, a mountainous region in southwest China, is home to a large number of cryptocurrency mines – huge data centers which require a colossal amount of energy.

Bitcoin and other cryptocurrencies are mined by solving puzzles using powerful computers that consume enormous amounts of electricity – much of which is usually produced by coal plants.