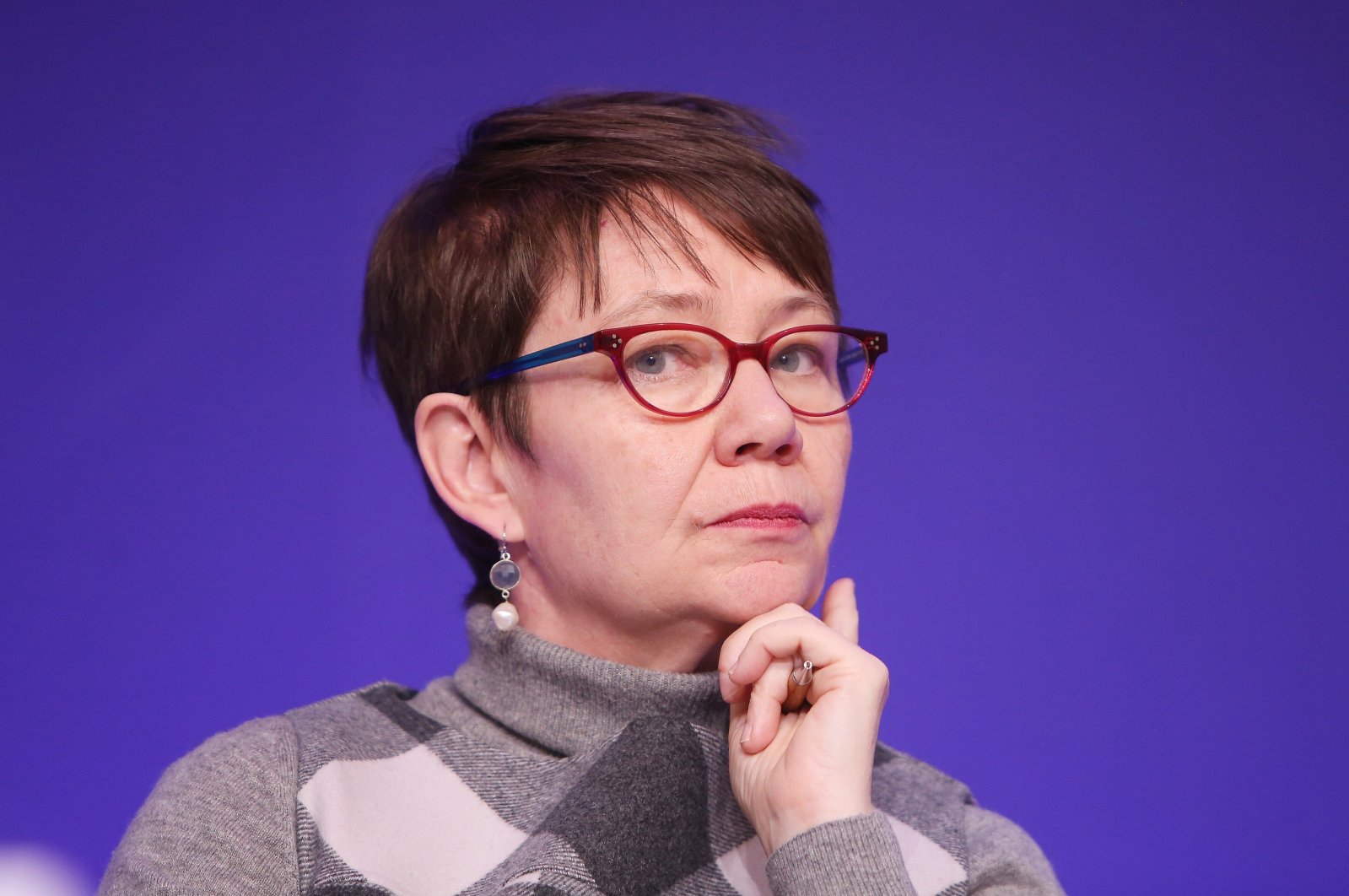 With economies across the world recovering from the COVID-19 pandemic, European Bank for Reconstruction and Development (EBRD) chief Odile Renaud-Basso plans to revive the financial institution’s green investment goals while addressing workplace equality.

Before presiding over her first EBRD annual meeting this week, in an interview with Agence France-Presse (AFP), Renaud-Basso also highlighted the rapid workplace digitalization that is affecting the bank's regions of investment as well as her own institution.

A former head of the French Treasury, in November Renaud-Basso took the helm at the European Bank for Reconstruction and Development – founded in 1991 to help former Soviet bloc countries switch to free-market economies.

"On average, 2020 was less negative than expected" in the EBRD's countries of investment, Renaud-Basso told AFP.

This year the EBRD foresees "much better than expected" economic growth across its countries of investment, after most economies contracted last year owing to pandemic turmoil, she said.

The bank is to publish its latest forecasts on Tuesday.

Renaud-Basso pointed to rebounds in manufacturing and industrial production, as well as the positive impact of higher commodity prices for the better-than-expected outlook.

Elsewhere, "Lebanon remains very difficult after minus 25% GDP in 2020, so this has a huge impact on the average."

A political crisis has left the country without a functioning government since the last one resigned after a huge explosion killed dozens and destroyed swathes of Beirut in August 2020.

The EBRD last year invested a record 11 billion euros ($13.4 billion) across emerging economies, meanwhile, to help counter the fallout from the coronavirus crisis.

No stranger to transition projects, the EBRD is targeting 2025 as the year when more than half its investments will be in green projects.

"We were very close to this objective in 2019 but with the crisis, the figure has dropped" to under 30% last year, the bank chief said.

Renaud-Basso noted that "it is quite challenging to have this level of private sector investment" in green projects compared with large public infrastructure schemes bankrolled by governments.

But the EBRD is pushing ahead and is looking at being fully aligned with the goals of the Paris accord by the end of next year.

"It means screening all our projects, all our activities, including (that) our investments are consistent with the Paris agreement.

"This is a big step forward ... This will have huge implications for our activities and the way we interact with the countries," she insisted.

The 2015 Paris climate agreement aims to limit global temperature rises to less than 2 degrees Celsius (3.6 Fahrenheit) above preindustrial levels and to pursue efforts to go down to 1.5 degrees Celsius.

Experts believe this can be achieved only by the world reaching net zero carbon emissions by 2050.

Renaud-Basso is also keen to address the impact that COVID-19 has had on women and young workers.

"One of the big themes coming out of the crisis is equality of opportunities and gender equalities."

She pointed to how women have been "particularly affected" by lockdowns because of their increased role in the services and hospitality sectors.

"One of the objectives of an institution like the EBRD is to help countries who address this challenge."

When lending to other banks, the EBRD will have "a strategy to focus the financing on women entrepreneurs or young entrepreneurs," said Renaud-Basso.

She added that the pandemic's "impact on young people has also been very dramatic ... that is something which needs to be taken into account."

The EBRD chief also wants the bank to "better support" countries' digital transformations brought on by the pandemic.

"The COVID crisis has accelerated dramatically the digitalization of the economies and we see that everywhere," she said.

As for the bank itself, Renaud-Basso is looking at a hybrid working arrangement, whereby staff would work in the office for three days a week and two at home.

But while the "remote world ... has a lot of benefits, it's not a panacea. There are also some drawbacks in terms of collective work, capacity to brainstorm."