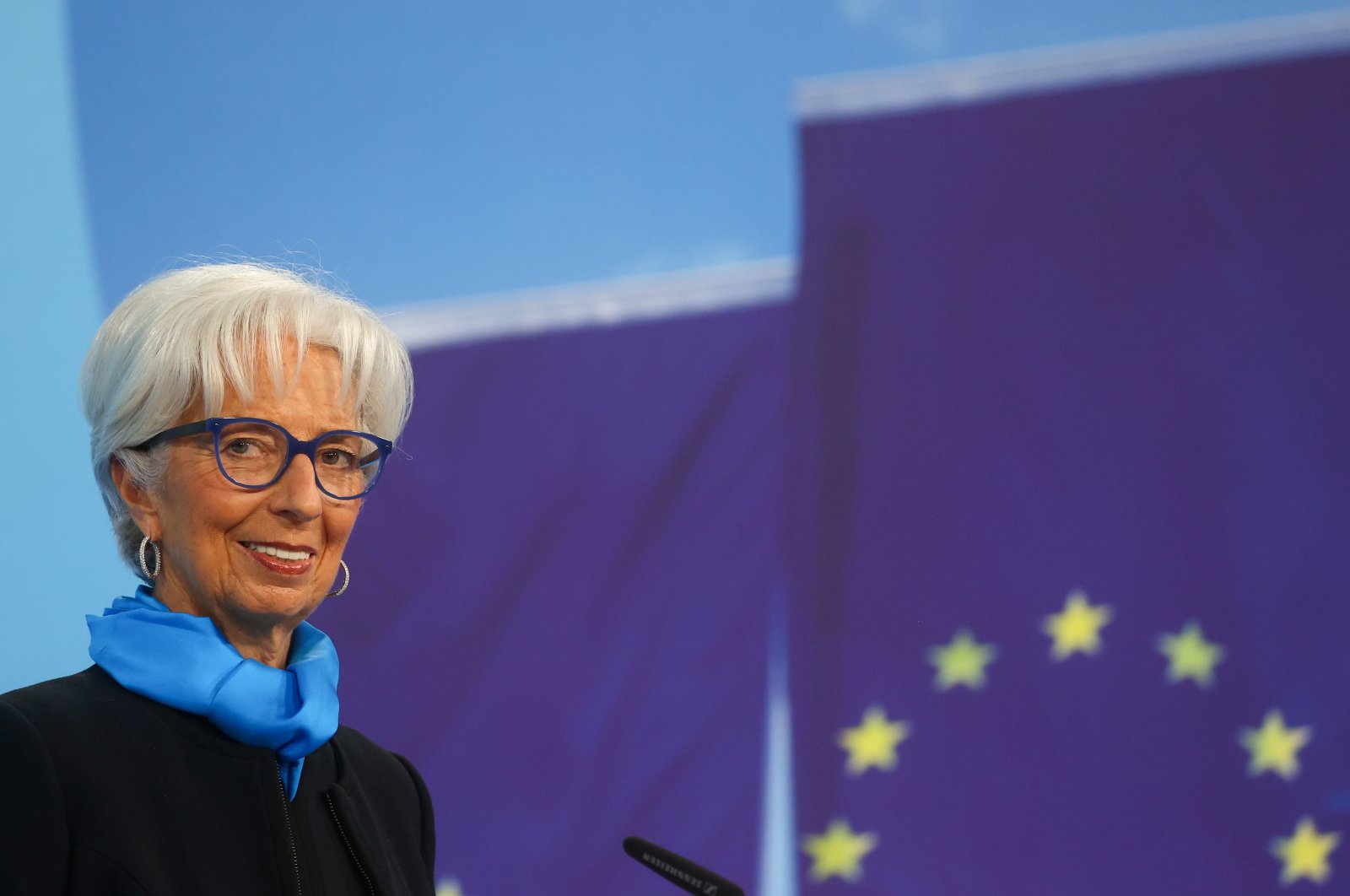 President of the European Central Bank (ECB) Christine Lagarde reacts as she takes part in a news conference on the outcome of the governing council meeting, in Frankfurt, Germany, Oct. 28, 2021. (Reuters Photo)
by Agencies Nov 03, 2021 5:20 pm
RECOMMENDED

The European Central Bank (ECB) is “very unlikely” to raise interest rates next year as inflation remains too low, its President Christine Lagarde said Wednesday, pushing back on market bets for a move as soon as next October.

With inflation running at a 13-year-high, markets are increasingly betting that the ECB will retreat from its ultra-easy monetary policy and raise rates next year for the first time in over a decade.

“In our forward guidance on interest rates, we have clearly articulated the three conditions that need to be satisfied before rates will start to rise,” she told an event in Lisbon.

“Despite the current inflation surge, the outlook for inflation over the medium term remains subdued, and thus these three conditions are very unlikely to be satisfied next year.”

Lagarde’s comments come after she failed last week to push back market expectations and investors even briefly priced in two rate hikes in 2022.

But investors appeared to be paying attention this time and pricing for the next move, a 10 basis point increase, was pushed back on Wednesday from next October to December 2022.

Yields also fell across the board, as did the spread between German and Italian debt, a crucial indicator for the ECB.

The ECB earlier stated that it will not increase borrowing costs until it sees inflation reaching its 2% target “well ahead” ahead of a projected timeframe.

Inflation would have to be at that level, or higher, on a durable basis throughout the remainder of the forecast period and be supported by data on underlying price pressures.

But the recent high pace of inflation has turned the pressure on the Frankfurt-based institution, with annual inflation hitting 4.1% in October, according to Eurostat.

Spanish central bank chief Pablo Hernandez de Cos, an influential voice on the rate-setting governing council, echoed Lagarde’s message, arguing that market pricing was out of sync with the forward guidance.

“Market interest rates have risen over the past weeks, mainly as a result of greater market uncertainty about the inflation outlook, spillovers from abroad to policy rate expectations in the euro area, and some questions about the calibration of asset purchases in a post-pandemic world,” Lagarde said.

She also pushed back on the recent rise in yields, warning that the ECB will continue to use emergency asset purchases to keep borrowing costs down.

“An undue tightening of financing conditions is not desirable at a time when purchasing power is already being squeezed by higher energy and fuel bills, and it would represent an unwarranted headwind for the recovery,” Lagarde said.

The ECB and financial investors have been at odds over the likely path of inflation, the single most important metric guiding policy, in part because the ECB itself is unsure about inflation.

“Our assessment is that the current inflationary surge is mainly due to factors of a transitory nature, although these factors could show a higher degree of persistence than initially estimated, so that we expect to continue to see relatively high rates of inflation in the coming months,” Spain’s de Cos added.

In view of the surge in inflation, central banks are under pressure to row back the vast financial support put in place at the start of the coronavirus pandemic to support the economy.

While some have already lifted borrowing costs, the main focus is on the U.S. Federal Reserve (Fed), which is expected to say Wednesday when it will begin tapering its own massive bond-buying program, with particular attention on rates.