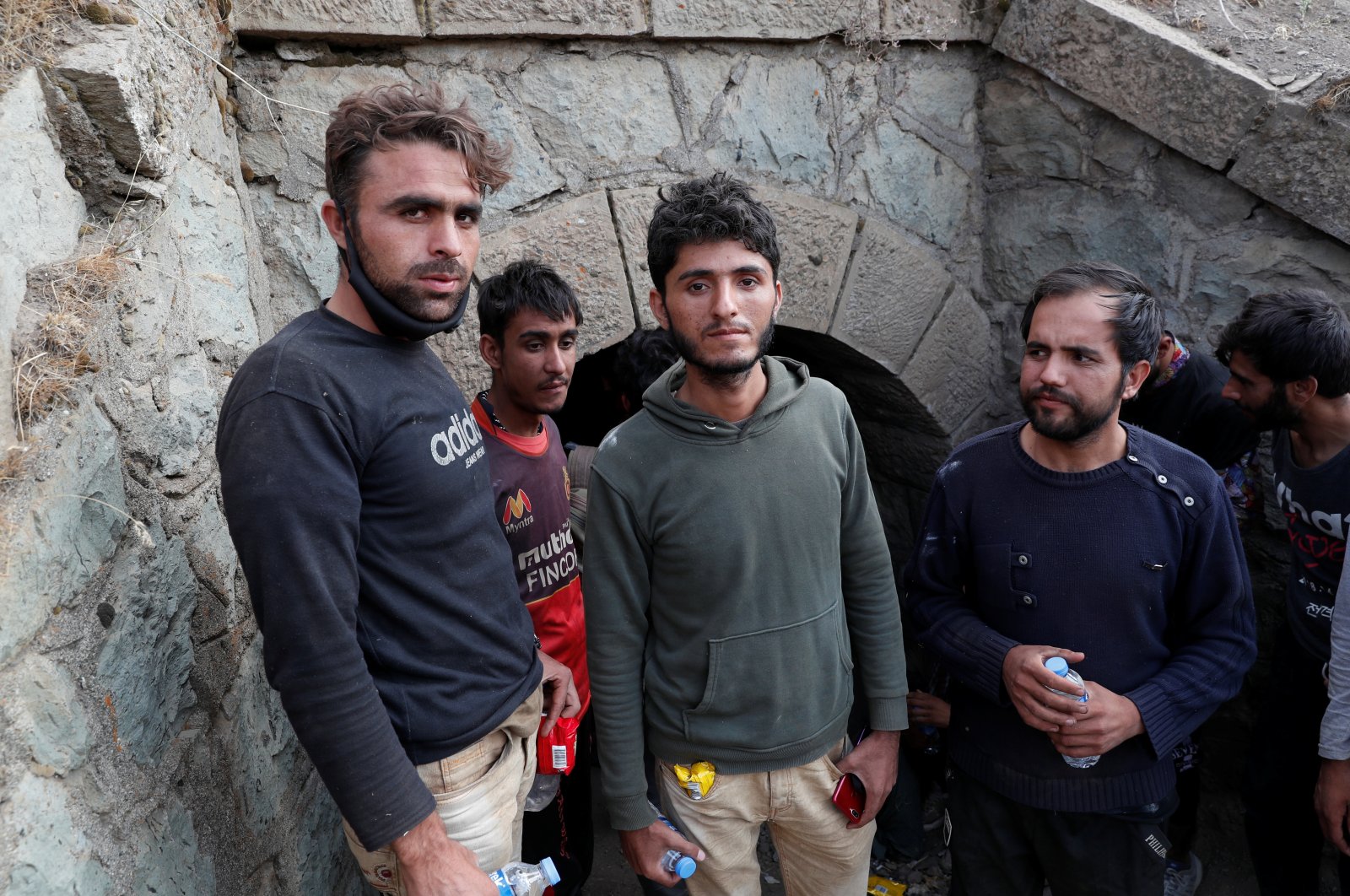 Muhammad Ali (C), an Afghan migrant from Khost who planned to found his own cryptocurrency mining business, and the other migrants hide from security forces after crossing illegally into Turkey from Iran, near Tatvan in Bitlis province, Turkey, Aug. 23, 2021. (Reuters Photo)
by REUTERS Aug 25, 2021 10:40 am
RECOMMENDED

Muhammad Ali said he dreamt of building a cryptocurrency business before the Taliban began its sweep through Afghanistan, forcing him into a daunting journey west through Iran and Turkey, evading border guards and security searches as he went.

The Taliban victory in Afghanistan has raised concern in Turkey, a staging post for many migrants trying to reach Europe and already home to nearly 4 million Syrians, of a new influx of refugees. It has ramped up security on its border with Iran – but some Afghans are still getting through.

Sheltering in a drainage tunnel outside the Tatvan district of Turkey's eastern Bitlis province, Ali, a young man in his 20s from Afghanistan's Khost province, said he was waiting for transport west and wanted to go on to Europe. Around 50 others were sheltering with him.

Ali said he had studied computer science and taught web and graphic design in Afghanistan. He said he had a YouTube channel where he posted videos on topics including how to make money online.

"I was planning a bitcoin or ethereum mining business ... Suddenly everything changed and the Taliban took over all of Afghanistan," he said.

After trekking for weeks through Iran, migrants who enter Turkey's eastern province of Van make their way by foot, bus or boat to the town of Tatvan on the western shores of Lake Van.

On their way, they try to evade police checkpoints, raids on their hideouts and coast guard vessels that patrol the huge lake. Last year, a boat carrying around 60 migrants across the lake sank, killing them all.

Wais Muhammad Shehrzad, 30, said he left Afghanistan a month ago, paying $1,000 to traffickers and walking up to 50 hours at a time with little sustenance on the way.

"Our feet are blistered, we have no clothes, no food," he said, taking off his shoes to show a bruised ankle, and telling others in the group to sit down to avoid being seen.

Shehrzad said he was from Kabul and had worked as a shoemaker and previously as an English teacher. He wanted to get to Istanbul, find work, and send money back to his family.

In recent weeks Turkish police have detained thousands of Afghan migrants among an estimated 300,000 in the country. Those caught in Bitlis are sent to a repatriation center in Van, although Afghans are currently not sent back to their country because of the turmoil there.

A day after he spoke to Reuters, Ali sent a text message. "We are arrested by police," it said.