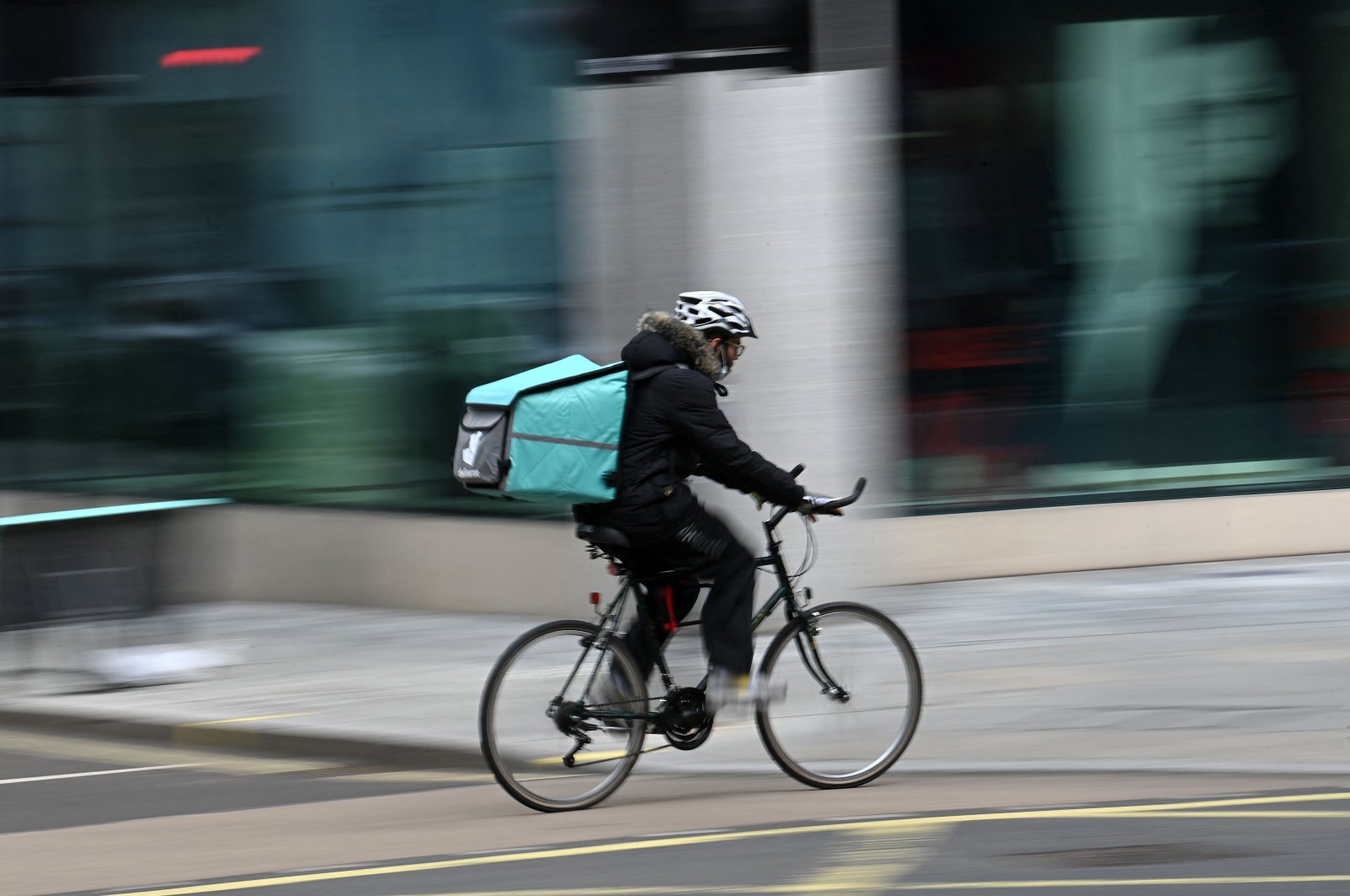 Shares in Deliveroo plunged by as much as 30% as it launched on the London Stock Exchange (LSE) Wednesday, with the app-driven meals delivery group facing criticism over its treatment of riders, slicing more than 2 billion pounds ($2.75 billion) off the company's valuation in a blow to Britain's ambitions to attract fast-growing tech companies to the London market.

The highly anticipated listing, the biggest on the London market in a decade, had been hailed by British Finance Minister Rishi Sunak as a "true British tech success story" that could clear the way for more initial public offerings (IPO) by technology companies.

But the debut had already been overshadowed as some of Britain's biggest investment companies shunned the listing, citing concerns about "gig-economy" working conditions and the share structure.

Deliveroo said earlier this week that it had seen "very significant demand from institutions across the globe," but some asset management firms decided against buying any shares, citing the job insecurity and conditions of its riders.

The 390 pence price tag gave an overall valuation of 7.6 billion pounds ($10.46 billion) and was already set at the bottom of a target range.

Within minutes of the market opening on Wednesday, it lost 2.28 billion pounds of its value, which equity capital markets bankers said could undermine the market for some IPOs in Britain and Europe.

Trading opened down 15% before institutional investors – the first allowed to buy and sell Deliveroo shares – pushed down its price further.

"Investors are turning away from the work-at-home play and putting their money into the economic recovery play. Deliveroo got caught in the middle of a huge rotation. It was the last IPO of the old COVID world," he said.

One trader, speaking on condition of anonymity, told Reuters he had seen no buyers for the stock at 10 a.m. GMT.

Deliveroo customers, who were allocated 50 million pounds of shares, are only able to trade on April 7, when unconditional trading begins.

"I am very proud that Deliveroo is going public in London – our home," founder and chief executive Will Shu said in a statement ahead of the start of trading.

"In this next phase of our journey as a public company, we will continue to invest in the innovations that help restaurants and grocers to grow their businesses, to bring customers more choice than ever before, and to provide riders with more work."

Amazon-backed Deliveroo maintains that its riders – around 100,000 across 800 cities worldwide – value the flexibility the job affords.

However, its business model has come under scrutiny, including in Britain, France and Spain, over conditions.

The highly anticipated float has been overshadowed by small-scale protests, strikes and rallies in Australia, Britain and France, with more set to follow.

The stock's fall follows a poor run for many growth stocks. Its main peers Just Eat Takeaway.com and Delivery Hero have fallen around 12% each in the past month.

Their United States peer Doordash – which doubled in value on its stock market debut last year – has fallen as much as 40% over the last month.

But those stocks have steadied in the last two sessions, and the Amsterdam stock exchange hit a record high on Wednesday, led by tech stocks.

A source familiar with the Deliveroo deal, asking not to be named, said it was not just about one day's trade and the company had raised 1 billion pounds to invest in the business and new technologies.

Deliveroo's listing is seen as a major boost to London's financial sector, known as the City, which earlier this year lost its European share trading crown to Amsterdam following Brexit.

The stock market float is set to be London's largest since Swiss miner Glencore's IPO in 2011 valued at almost 37 billion pounds.

Deliveroo has said that a portion of its stock is being made available for customers, with delivery riders and restaurant partners also able to participate.

"Concerns over working conditions for its riders were... cited as one of the reasons for the reluctance to invest," said Michael Hewson, chief market analyst at CMC Markets UK.

However, he added, "there are probably a number of others, including the dual class structure which restricts the voting rights of ordinary shareholders and gives CEO Will Shu, majority control over any significant board decisions."

Hewson added that "recent weakness in the share price of a number of its peers in the US, like Doordash, appears to have taken some of the shine off the sector."

Britain's antitrust regulator last year approved Amazon's 16% investment in Deliveroo after an in-depth probe concluded it would not harm competition.

In 2020, more than 6 million people ordered food and drink every month via Deliveroo's app from 115,000 cafes, restaurants and stores.

But it still ended up with a hefty loss owing to rising costs.

Pressure has meanwhile intensified on the wider "gig" economy to improve staff conditions after Uber earlier this month granted its U.K. drivers worker status, with benefits including a minimum wage.

A world first for the U.S. ride-hailing giant, Uber moved after Britain's Supreme Court ruled that its drivers were entitled to worker's rights.