'The office is not dead': London seeks a rebirth after COVID-19 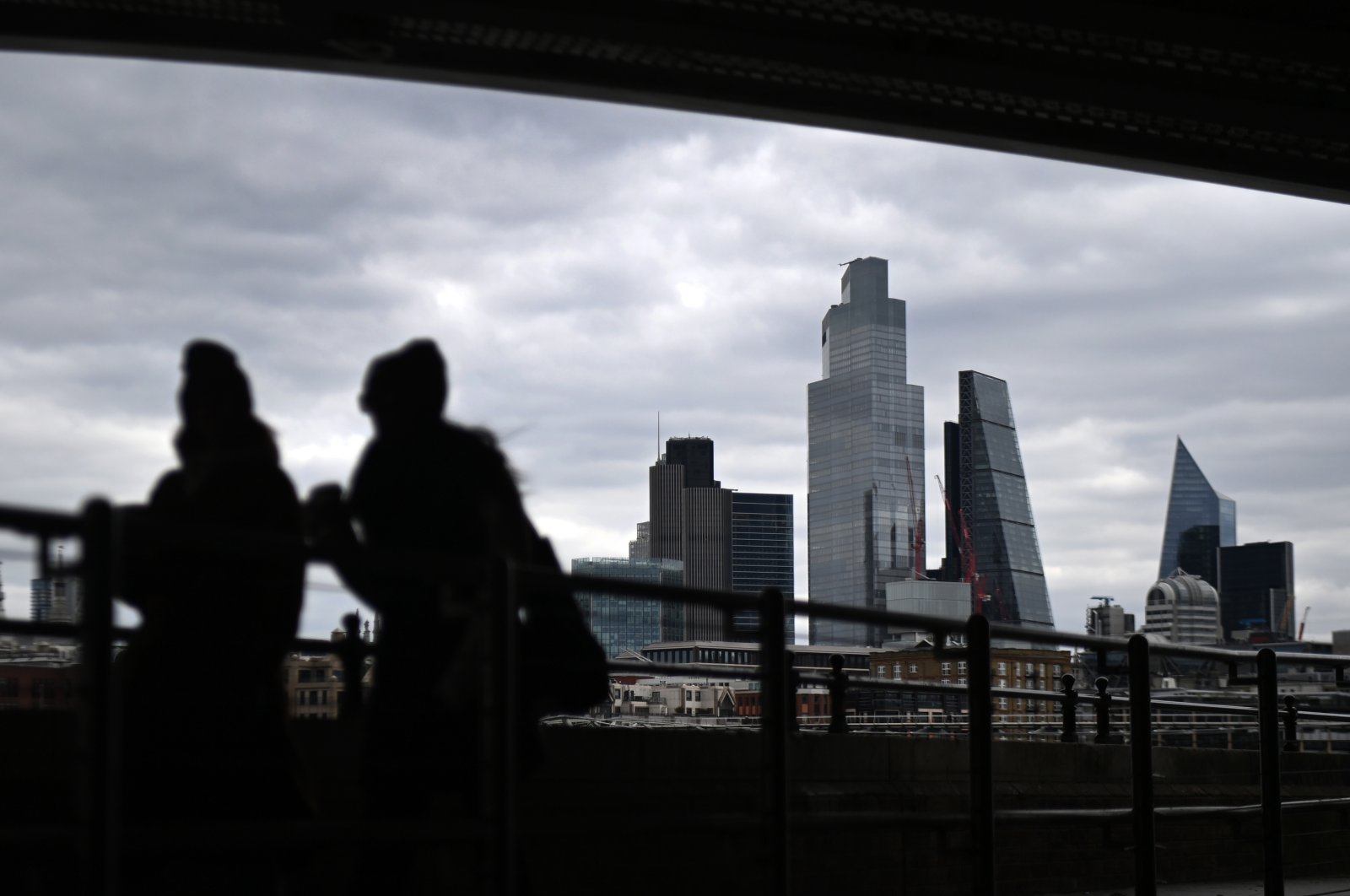 London's shuttered financial hub seeks a rebirth. While the COVID-19 pandemic sent nearly 540,000 workers from the City of London to their homes, officials are sure that "the office is not dead," City of London Corporation's Catherine McGuinness told The Associated Press (AP) April 7.

On the surface, London’s financial district appears to be a shell of its former self. No one is rushing to meetings. Chairs are flipped upside down on tables inside closed cafes and pubs. The roads are ghostly quiet on a bright spring morning.

But a hive of activity is taking place at one spot, as builders lay the groundwork for the latest skyscraper to transform the skyline. Developers of the tower, called 8 Bishopsgate, are confident that when construction ends late next year, workers and firms will return to fill all 50 floors of the gleaming new office space.

When COVID-19 measures were implemented, nearly 540,000 workers vanished almost overnight from the business hub, known as the City of London, or simply “the City.” A year on, most have not returned.

Plagues, fires, war – London has survived them all. But it has never had a year like this. The coronavirus disease has killed more than 15,000 Londoners and shaken the foundations of one of the world’s great cities. As a fast-moving mass vaccination campaign holds the promise of reopening, the AP looks at the pandemic’s impact on London’s people and institutions and asks what the future might hold.

While many believe that some degree of working from home will become the new normal, city planners say they are not worried about empty office buildings. Rather, they say the uncertainties and changes are just a catalyst for the reinvention of one of the world’s top financial centers.

“We’re very clear that the office is not dead, from all that we’re hearing,” said McGuinness, head of policy at the City of London Corporation, the governing body of the historic district.

“(Businesses) are telling us that they’re really keen to get back to their offices, but they’ll use it in a different way," she added. “They’ll build on some of these new ways of working that they’ve learned.”

It’s been a year like no other for the City of London, the ancient core of the capital and historically its wealthiest and most powerful area. Another nickname is “the Square Mile,” a reference to its size. The district sits within the Roman walls of Londinium, the original name of the city founded on the banks of the River Thames around A.D. 50.

A January report on London’s future from the mayor’s office predicted that while companies would not abandon the capital, many will need to improve the quality of their office space to encourage more employees to return and use it.

The workers' return will be crucial for the survival of many shops, restaurants, theaters and museums. Although offices and city centers all over the world have emptied out during the pandemic, the report said London was hit particularly hard by the shift to remote working because it has many fewer people living in the core of the city, compared with New York or Paris.

Hubert Zanier, who co-owns a chain of Southeast Asian takeout restaurants called Nusa Kitchen in the financial district, has struggled to keep his business afloat with all six branches closed. While technically allowed to open under the government’s virus restrictions, it was clear this was not an option with practically zero foot traffic in the City.

“We were quite hopeful when we first closed down, but little did we know the whole thing would last 12 months with all the ups and downs – more downs than ups,” he said.

Zanier is preparing to reopen as restrictions gradually ease, and his best-case scenario is for 75% of workers to return on a regular basis in the summer.

“It’s clear the world will look different,” he said. “But you have to be optimistic – if you’re not, you might as well pack up your stuff and go.”

Firms like Amazon have recently stated that they plan a return to an “office-centric culture,” though many studies both in the United Kingdom and beyond have suggested that more flexible working policies and increased remote working are here to stay.

Like many others, Smriti Jha, a project manager in an investment bank, has barely set foot in her office since March 2020. The 45-year-old single mother has recently changed jobs – she was interviewed and hired via Zoom – and her new workplace has no return-to-office plan. She doe not miss the crowded commute, and sees a five-day week in the City as “a bit excessive.”

“Before the pandemic, it was generally working moms who choose to work from home,” she said. “There was always this kind of sense of stigma – it’s like, well, are they actually working or not? But I think that’s being blown away.”

For now, office developers and investors say they are not worried. Although office leasing slumped to record lows last year as many businesses reassessed their needs, demand seems to have bounced back.

McGuinness says the City of London Corporation in the first three months of 2021 has already approved the equivalent of 80% of the number of planning applications for office space submitted last year.

On Bishopsgate, two new side-by-side skyscrapers are set to open soon, and each stress they are armed with spacious offices and a host of amenities to entice workers back.

At 62 stories, 22 Bishopsgate is the second-tallest tower in the U.K. and dwarfs everything else nearby. Billed as “Europe’s first vertical village,” it boasts a huge food hall and a gym, and 60% of its office space already has been leased to companies before its opening in the autumn.

Together with its neighboring tower at 8 Bishopsgate, the two will offer enough space for about 17,000 workers.

Kevin Darvishi, leasing director at Stanhope, the developer behind 8 Bishopsgate, said demand for top-quality office buildings will remain strong in the post-pandemic world.

“What you’d end up with is a two-tier market where older buildings are discounted considerably because they can’t cater to the needs of the next generation of the workforce," he said.

In a broader sense, officials say COVID-19 also has accelerated plans to make the financial district a friendlier, more diverse place that's more open-minded about flexible working – as well as giving people a reason to stay after work.

More space for pedestrians and cyclists is planned, as well as more affordable or flexible workplaces that can attract people from the creative industries. By 2025, the City of London wants to see a 50% increase in weekend and evening visitors.

“I hope we build positively. I hope we come out of this with a better concept of the work-life balance,” McGuinness said. “This will be a new evolution.”