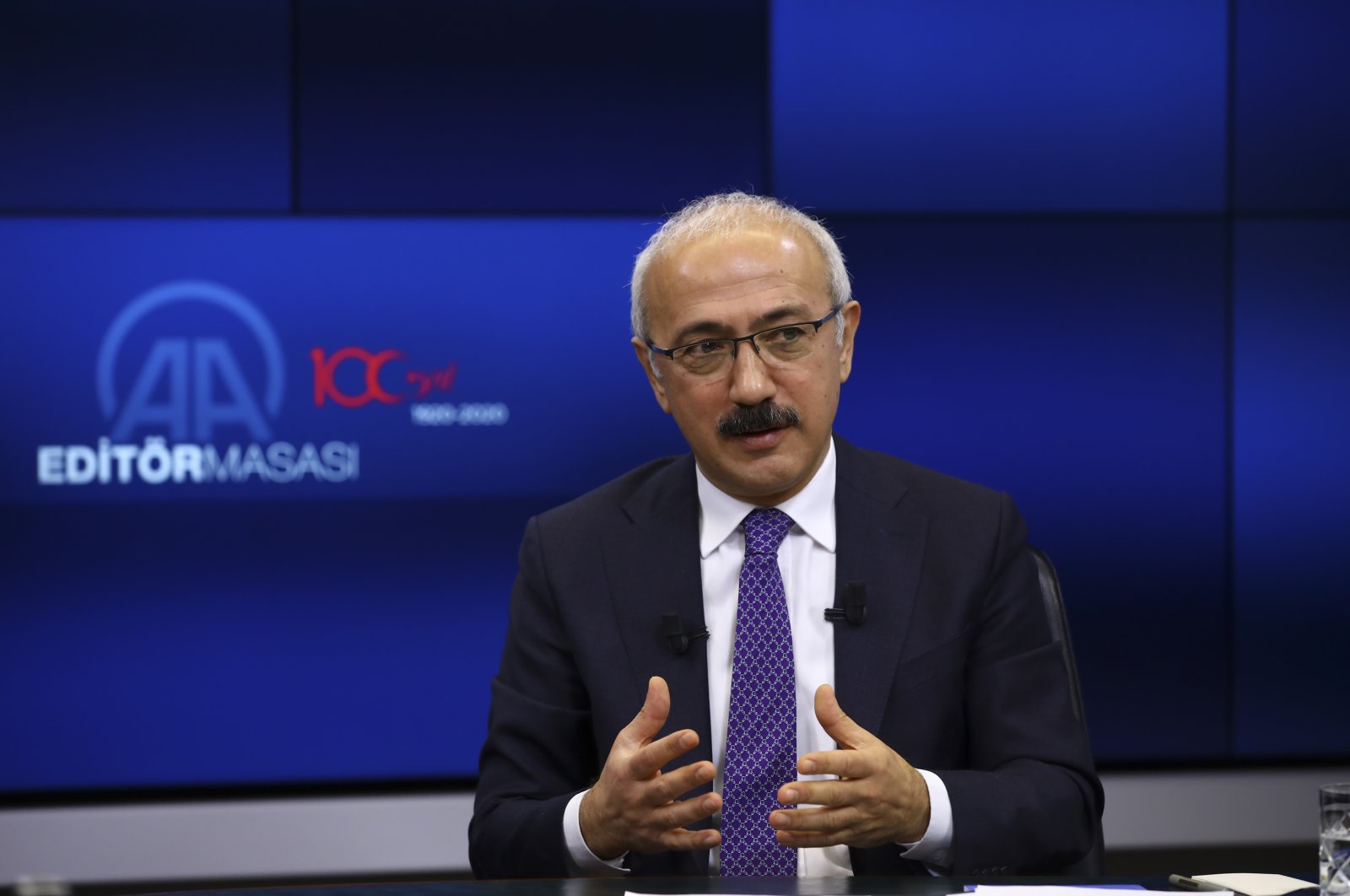 The newly announced price stability committee will complement and strengthen the hand of the central bank’s monetary policy, Turkey’s treasury and finance minister said Tuesday, in remarks that come just ahead of the highly anticipated interest rate decision.

“The price stability committee will strengthen the hand of the central bank” and focus on developing solutions to supply shocks that pose inflation risks, Elvan told the Anadolu Agency’s (AA) Editor Desk.

Erdoğan outlined a series of measures that he said would lift the country’s economy as he vowed to prioritize the fight against the rise in consumer prices with the aim of bringing inflation back down to single digits.

The price stability committee will increase the effectiveness of the fight against inflation, the president said, also announcing that an “early warning system” was being developed for food prices.

The central bank has already lifted the policy rate from 10.25% to 17% with hikes in November and December. The benchmark rate was held steady in January and February meetings.

Economists overwhelmingly expect a 100 basis-point rate hike to 18% at the Monetary Policy Committee (MPC) meeting Thursday to help tackle the inflation. In a Reuters poll, 19 out of 20 economists forecast a hike.

Societe Generale was the latest to predict a 100-point move. Wall Street banks Citigroup and JPMorgan also expect a hike.

Elvan also brushed off concerns about the Turkish Statistical Institute’s (TurkStat) data and its independence, saying authorities had not intervened in its work.

Further elaborating on the plans, the minister suggested that the package would increase predictability and make the country more attractive for direct and portfolio investments.

The country has significant advantages in attracting investments with the reforms, he said, stressing the aim to attract delayed investments.

“Global investments narrowed by over 40% in the pandemic period. We are facing delayed demand,” he noted.

On efforts to explain the plans to foreigners, Elvan said that information about the package was requested from many different countries and their embassies.

The timeline of the reforms will be announced by next Tuesday, he said.

“We will come together with EU and G-20 ambassadors, as well as foreign investors, to share the details of the agenda,” he stated.

Erdoğan has said the new economic road map will also aim to reduce public expenses and narrow the current account deficit as he vowed to support plans that ensure stronger public finance that will guard against risks, with fiscal discipline being the top priority.

Elvan underlined that budgetary discipline is “extremely important” in public finance. “We have never compromised on fiscal discipline since 2002.”

“Of course, there has been a slight increase in our budget deficit in recent years,” he said, adding that the government has taken measures, especially in public finance.

Pointing to steps taken by both the central government and local administrations to support low-income groups, Elvan emphasized that it would be crucial to provide this support effectively and reach those in need.

Underlining that the world is in the midst of rapid change and transformation, Elvan said Turkey would expand its share of the global supply chain with its strategic location and strong human resources.

“The reforms will help Turkey to seize this opportunity,” he added.

Among others, the minister stressed that financial technologies are important for young people.

A road map will be set in this field, he noted, adding that the country would establish a fintech base within the Istanbul Finance Center, currently in construction.

He underlined the country’s “incredible potential” in fintech and said this should be utilized.

The new technology in the last decade, such as blockchain, has accelerated central banks’ efforts to digitize money, Elvan said.

The reforms also include creating the economic, technological and legal infrastructure for digital currency.

“Turkey is working on a Turkish-lira-pegged digital currency, for which technological, legal, economic and financial infrastructure is currently under preparation,” he added.

Elvan stressed they “have serious concerns about cryptocurrencies.”

“It is not just us, there is anxiety all over the world,” he added.

The Treasury and Finance Ministry earlier this month said the government shares global concerns regarding cryptocurrencies and that the developments are being closely followed.

“We have appointed our deputy minister regarding the Bitcoin transactions in Turkey,” Elvan said.

Among others, he also said Turkey would increase research and development (R&D) support for its green transformation, adding the government was aware of the needs that would be required to level up its share in green finance.

Elvan said the green transformation in the industry would be at the forefront in loan allocations and supporting projects, especially in the coming period.

“We want to establish green industrial zones,” Elvan said, adding that any waste would be recycled back into the economy.