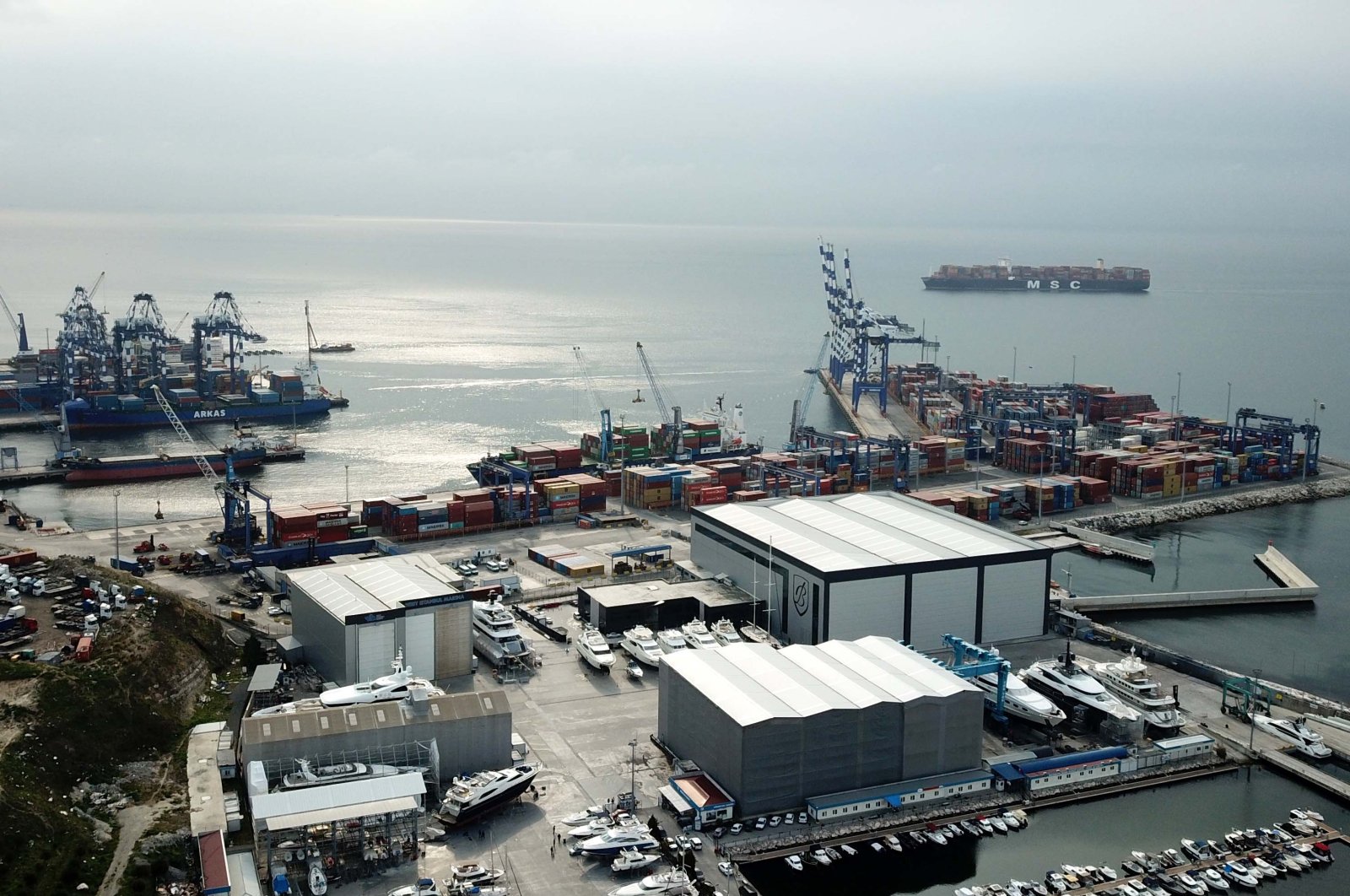 The gap narrowed to just over $1.7 billion (TL 14 billion) in April, according to the Central Bank of the Republic of Turkey (CBRT) data, compared with a deficit of $3.3 billion in March.

The country’s 12-month rolling deficit thus marked another pronounced drop to $32.7 billion, down from $36.3 billion a month ago, though it remained elevated at roughly 4.5% of the gross domestic product (GDP).

The central bank said the drop was mainly driven by a $2.3 billion decrease in the goods deficit versus the same month a year ago, posting $1.5 billion this April, as well as $811 million net inflow in services item, which was observed as $339 million net outflow in the same month last year.

It said excluding gold and energy, the current account posted a $942 million surplus, compared to $3.55 billion deficit a year ago.

The median estimate in a Reuters poll of 11 economists last week forecast a deficit of $2.2 billion in April, with estimates ranging between deficits of $1.95 billion and $3.3 billion.

An Anadolu Agency (AA) survey last week showed that a group of 14 economists’ projections ranged from $1.95 billion to $3.8 billion for April.

Overall, the improvement in the current account accelerated in April given the fall in gold imports and an improvement in exports despite strength in commodity prices, analysts at Dutch banking and financial services giant ING said in an emailed note.

“Going forward, not only exports but also subdued prospects for core imports driven by expected moderation in domestic demand should be supportive of the external deficit,” they said.

The capital account, on the other hand, will likely remain challenging in the period ahead given the weakness in portfolio flows, though any improvement in geopolitics should be supportive of the flow outlook, they added.

A major component of the current account, the trade deficit, narrowed 33.2% year-on-year to $3.06 billion in April, according to the Turkish Statistical Institute (TurkStat).

Turkey’s import-reliant economy has been prone to big deficits, but the 2021 gap is expected to narrow due to higher exports and the potential return of tourism revenue.

The median estimate in the Reuters poll for the full-year deficit was $25 billion, in a range of $23 billion to $29.09 billion.

The AA survey expects the end-2021 balance to show a deficit of around $27 billion.