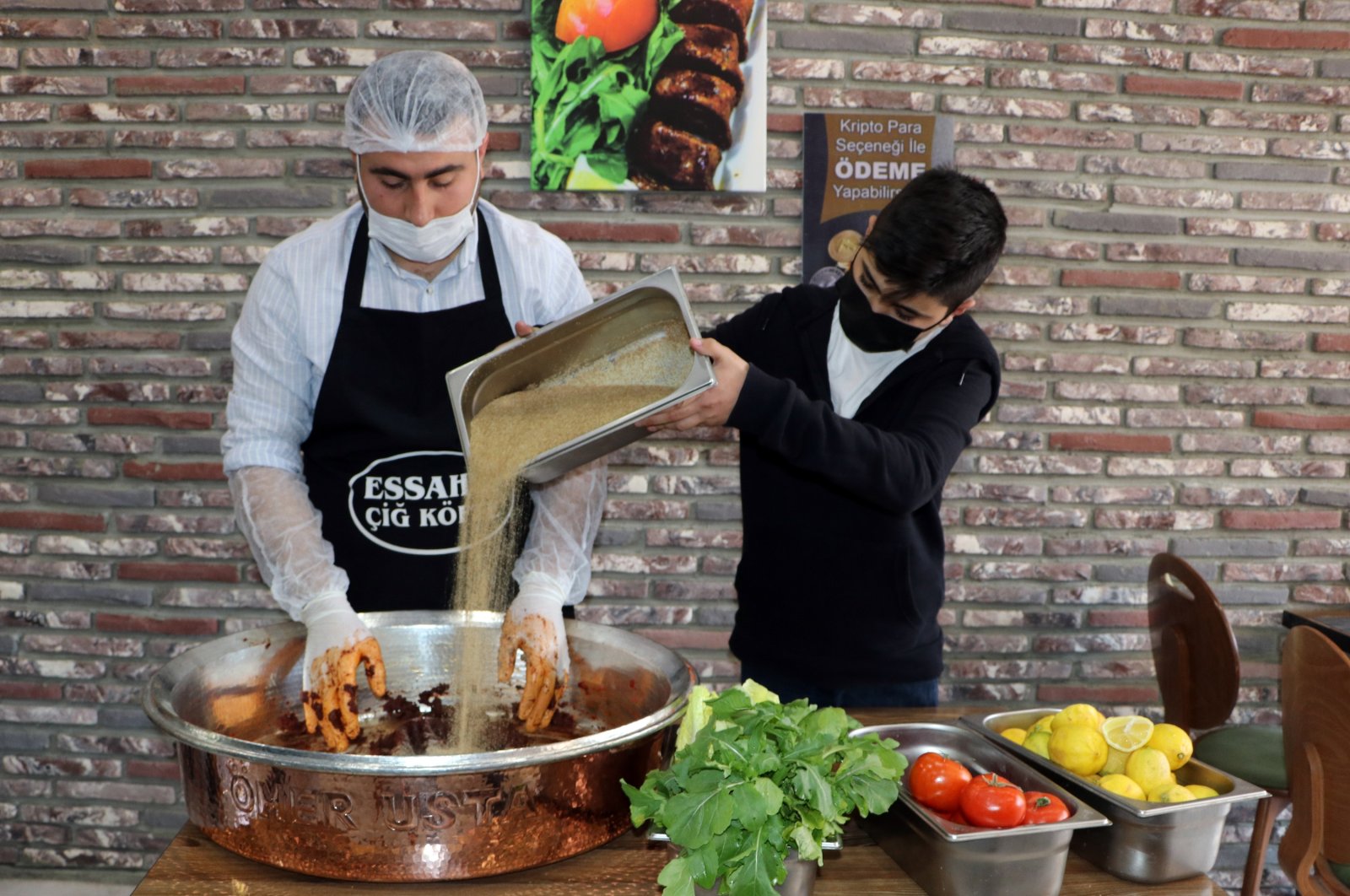 A restaurateur in Turkey's southern Adana province, who sells the country's famous "çiğ köfte" specialty, has begun allowing his customers to pay via cryptocurrency. The çiğ köfte master, Ömer Güler, invited Tesla boss Elon Musk, who has been a strong promoter of cryptocurrencies, to dine at his restaurant where he can pay using the new digital payment method.

"I invite him (Elon Musk) to come and eat çiğ köfte in Adana and make payment using crypto coins," Güler said, adding that he was inspired by Tesla's announcement that it was accepting cryptocurrency Bitcoin for purchases.

Güler said he began selling the spicy specialty, a traditionally raw meatball dish usually made vegetarian using bulgur and prepared with several spices, as a street food vendor before later opening a restaurant. He added that being innovative was his most important aim in his business and that there has been positive feedback following his new cryptocurrency initiative.

The raw meatball dish is traditionally made with either lean beef or lamb, kneaded into a dough with bulgur and isot – hot paprika flakes specific to the southern city of Şanlıurfa. Other ingredients of the dish include tomatoes, tomato paste, garlic, ground pepper, cinnamon, salt and parsley – all rich in protein, carbohydrates, minerals and vitamins. Usually served as an appetizer or meze, çiğ köfte is one of a vast range of popular dishes in the southeastern Şanlıurfa province's rich cuisine.

Although associated with Şanlıurfa, çiğ köfte is widely available throughout Turkey and even abroad. Most çiğ köfte being made today do not contain meat, and the dish has become popular among vegetarians, particularly attracting attention in European countries.

"Our customers like the new method. It is faster than using bank cards. We use QR codes to accept the payments once the customers decide on which method they choose to make the payment in," the 26-year-old restaurateur said.

"I began using crypto coins as a çiğ köfte seller but I believe soon everyone, including grocery stores and butchers, will be using this payment method," he added.

Elon Musk said on March 24 that people can now purchase Telsa electric vehicles using bitcoin and that the option will also be on offer outside the United States later this year.

"You can now buy a Tesla with bitcoin," Musk tweeted, adding that Bitcoin paid to Tesla will not be converted into conventional currency.

The electric-car maker had last month said it bought $1.5 billion (TL 12.27 billion) of Bitcoin and would soon accept it as a form of payment for cars, sending the price of the world's most popular cryptocurrency soaring.

Musk, who has been promoting cryptocurrencies through his Twitter account, had last month criticized conventional cash, saying when it "has negative real interest, only a fool wouldn't look elsewhere."