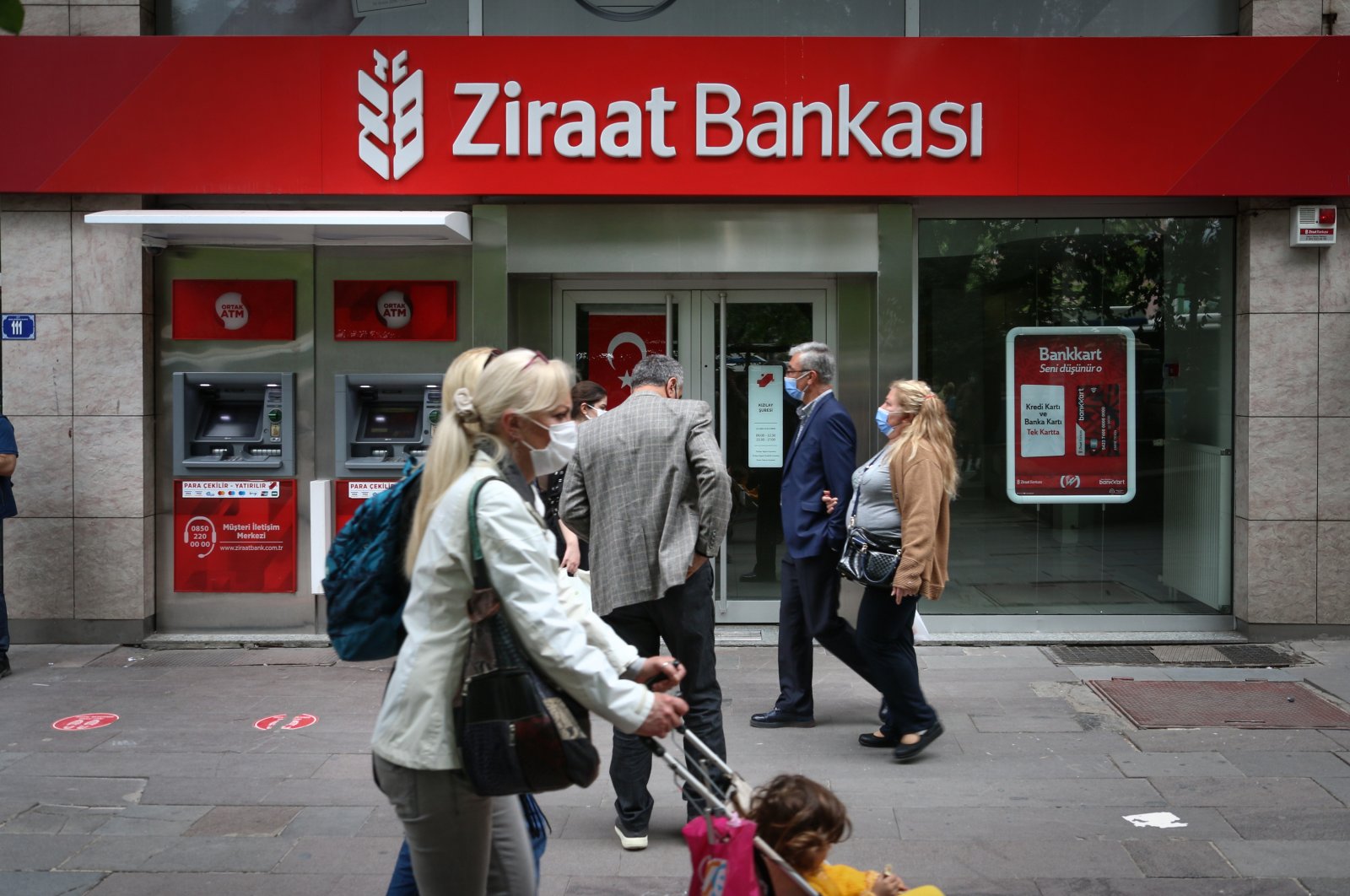 The move came after the Central Bank of the Republic of Turkey (CBRT) cut its policy rate by 200 basis points from 18% to 16%.

A joint statement made by the three lenders said that as of Oct. 22, corporate loan interest rates were reduced by up to 200 basis points according to the product and maturity structure.

“Our banks will continue to contribute to the strengthening of the economy and employment, and to stand by our customers and companies as they have done until today,” the statement read.

Earlier on Monday, Reuters had reported that three big public lenders would lower rates on corporate, individual, mortgage and other loans, following last week's unexpectedly hefty rate cut by the central bank. The report was later denied by Halkbank, which said the cut in interest rates was not likely for the time being.

The other two banks mentioned in the falsified report were Ziraat Bank and Vakıf Bank, according to what the three banking sources told Reuters, speaking under condition of anonymity because they were not authorized to discuss it.

One lender sent an email to some staff on Friday, viewed by Reuters, notifying them of the plan to cut costs by some 200 basis points. Another senior banking source said state banks will on Monday reduce rates "significantly in order to match" the central bank's 200-basis point cut in its repo rate.

Ziraat Bank made no immediate comment. Halkbank earlier declined to comment and a Vakıf Bank spokesperson did not immediately respond to a request for comment on details of the plan.

Policy easing by a central bank typically triggers lower rates for borrowers, stimulating economic activity. But the size of last week's rate cut to 16% shocked markets and was twice as sharp as the most dovish estimate in a Reuters poll.

Extending cheaper loans would be costly for state banks. And though a sharp drop in rates could help some businesses and consumers, many analysts say it also risks exacerbating rising inflation and lira depreciation, which could soon force the central bank to reverse course and hike again.

But some private lenders say they are hesitant given the risks of stoking an economy expected to grow at nearly 10% this year, and possible defaults on companies' foreign currency debt.

The chief executive of lender Işbank, Hakan Aran, said in a televised interview on Sept. 29 that credit costs will not fall unless inflation is brought down first.

"If state-run banks slash rates and turn on the consumer-lending spigot ... the additional liras flooding the system will only drive more dollarization – exacerbating financial and economic pressures," said Emre Peker, a London-based director at Eurasia Group.

In its policy statement Thursday, the central bank cited the difficulty of businesses in getting commercial loans due to tight monetary policy.

The CBRT data shows that average rates on these loans have held near 20% this year, though one of the sources said it was between 17.5% and 18% at state banks.

Thursday's rate cut was the second by the CBRT in two months, following a 100-basis-point cut in September. Policy easing has sent the lira tumbling 13% against the dollar since the beginning of September, to hit an all-time low of 9.75 in early trade Monday, pushing inflation higher via imports.