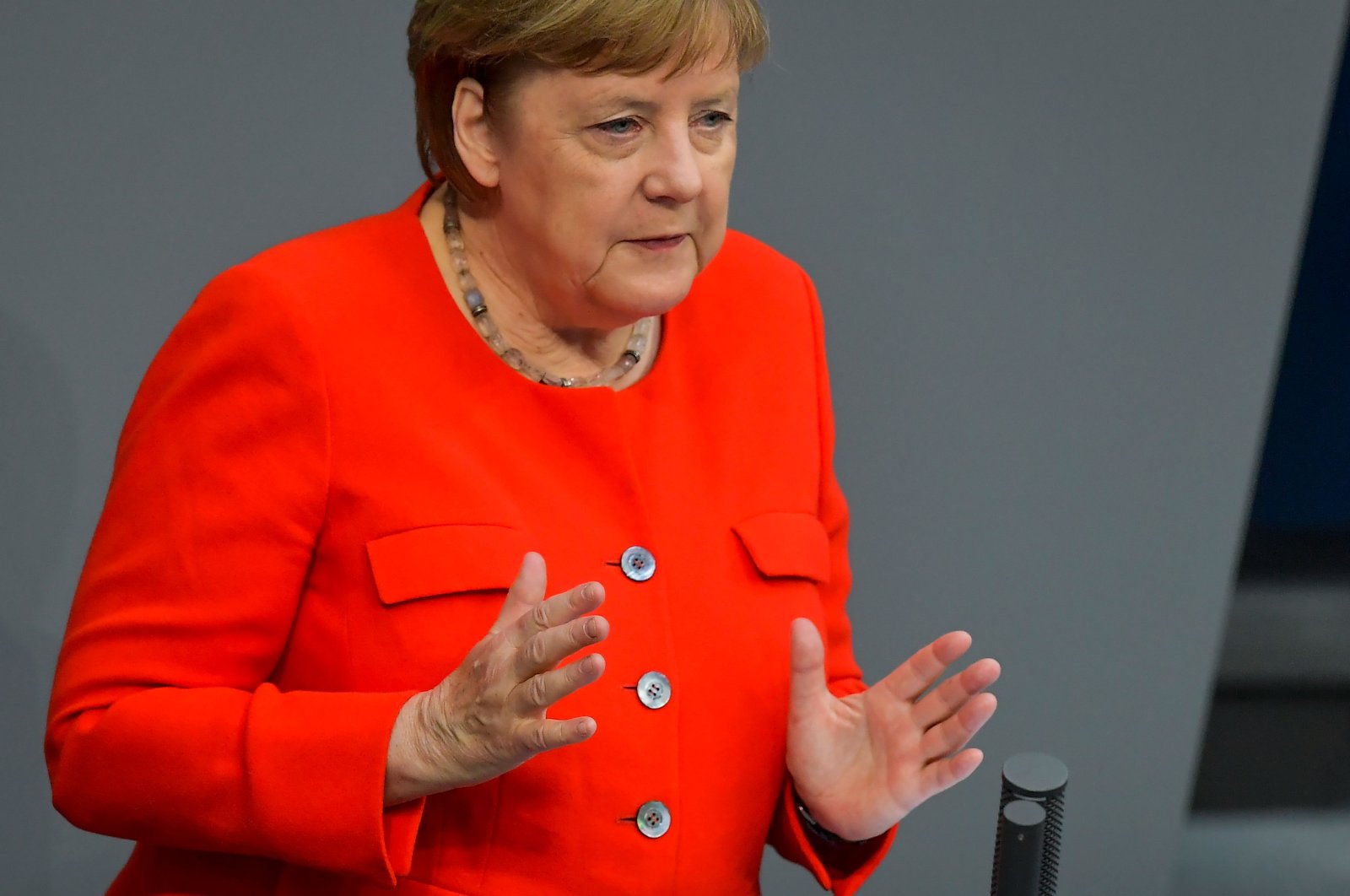 German Chancellor Angela Merkel on Thursday urged the European Union to reach an agreement on a recovery plan worth 750 billion euros ($843 billion) by the end of July to kick-start an economy battered by the coronavirus pandemic.

"It would be best if we could reach an agreement before the summer break," Merkel said, calling for compromise from member states to enable the deal to be ratified by the end of the year.

"We must act quickly and decisively," she said.

European Commission President Ursula von der Leyen proposed the huge fund to help the EU out of its deepest-ever recession, but the plan was immediately met with fierce opposition from fiscally conservative member states, including Austria and the Netherlands.

"The starting position is far from easy, but I hope that all member states will act in a spirit of compromise in the face of this unprecedented situation," Merkel said.

"Cohesion and solidarity have never been more important than today. The crisis can only be overcome if we act for and with each other," she said.

The European Council is due to hold a video summit on June 19 on the controversial stimulus package, the EU's largest to date.

However, a decision is not expected until the leaders have met in person, said Merkel, whose country assumes the EU presidency in July.

The German chancellor had in late May stunned observers by proposing along with French President Emmanuel Macron the plan for 500 billion euros in grants to help the hardest-hit EU members get their economies back on track.

That proposal, now making up the bulk of von der Leyen's package, shattered a long-standing German taboo as it included taking on shared debt, a dramatic U-turn after years of obstinate German opposition to joint borrowing.