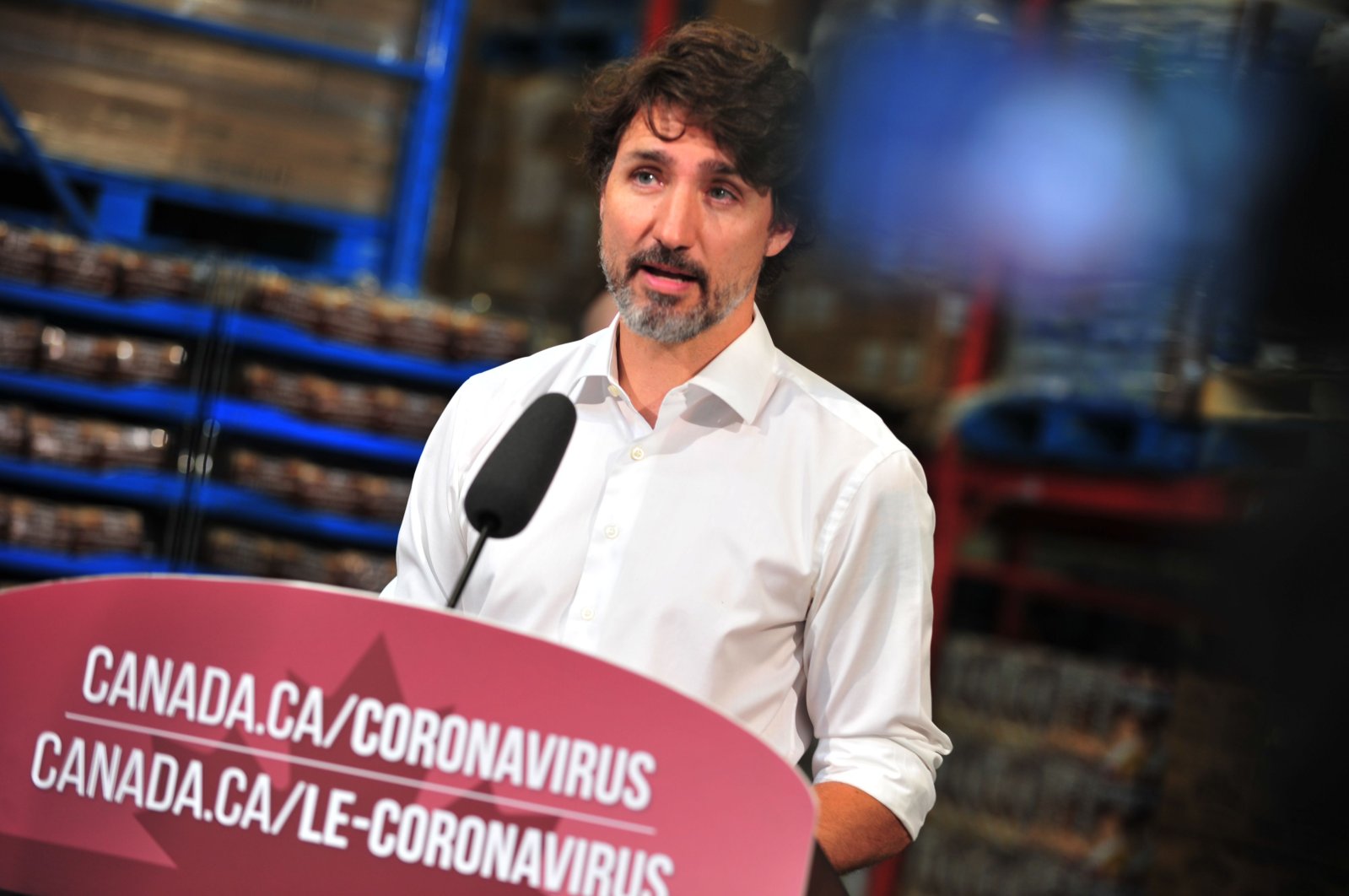 In this file photo taken on July 3, 2020 Canadian Prime Minister Justin Trudeau speaks to the press as he volunteers at the Moisson Outaouais food bank in Gatineau, Quebec, Canada during the coronavirus pandemic. (AFP Photo)
by French Press Agency - AFP Jul 09, 2020 2:19 am
RECOMMENDED

The coronavirus pandemic sparked an explosion in Canada's federal budget deficit to an all-time high of CAN $343 billion for the current fiscal year, Finance Minister Bill Morneau said Wednesday.

With government spending at a level not seen since World War II, the total for the 2020-2021 fiscal year starting April 1 – equal to US $254 billion – is 10 times higher than estimates the minister gave before the crisis.

It is equal to 15.9 percent of the Group of Seven nation's gross domestic product (GDP).

The health crisis forced several of Canada's main economic sectors to shut down from mid-March for more than two months, putting a significant dent in government tax revenue.

"Faced with the most profound downturn since the Great Depression, our government acted to support the economy," Morneau said, giving an economic and fiscal snapshot to the House of Commons in Ottawa.

Given the volatility of the situation, Morneau was forced to skip his presentation of the fiscal year budget in late March.

The Liberal government of Prime Minister Justin Trudeau put in place a $230 billion crisis recovery plan, which Morneau called the "most comprehensive and substantial peacetime investment in Canada's history."

Trudeau tried to tamp down concerns about the deficit, recalling that Canada "entered this crisis on a strong footing with a net debt-to-GDP ratio considerably lower than the rest of the G7."

He also noted that interest rates were at historic lows, making the repayment of the debt more manageable in the coming years.

"The government is well-positioned to support Canadians and the Canadian economy to meet funding challenges in response to the COVID-19 pandemic," Morneau insisted.

International ratings agency Fitch recently stripped Canada of its perfect AAA debt rating – a move that was not followed by the other top agencies of record.

"Over the past five years, the Trudeau Liberals have completely abandoned their fiscal anchors."

Morneau's snapshot did not include budget projections for coming years, contrary to usual practice, which would offer a five-year outlook.

Private-sector economists consulted by the finance ministry predicted the Canadian economy would shrink 6.8 percent in 2020 – its biggest drop since the Great Depression.