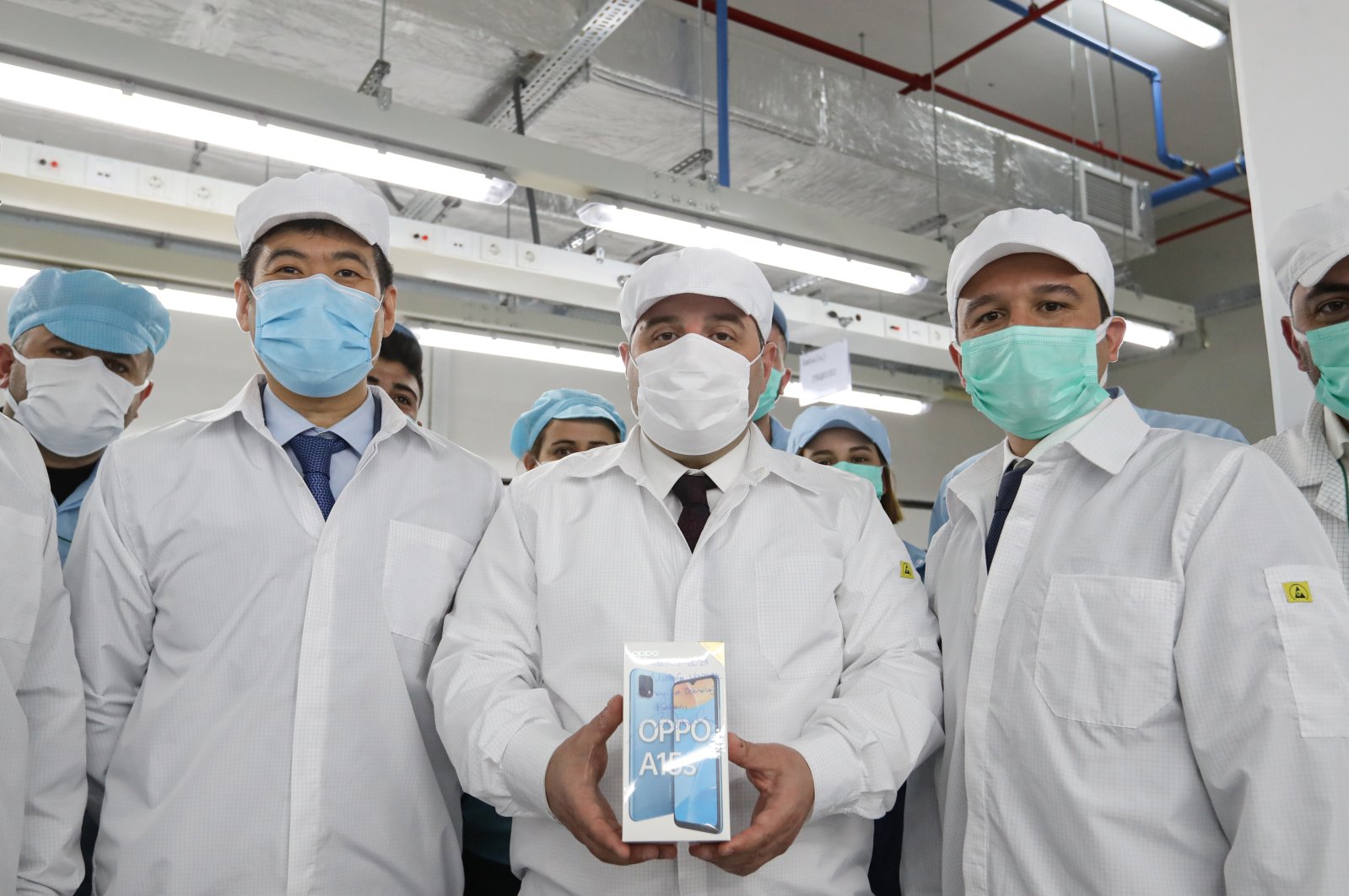 Chinese electronics maker Oppo’s first made-in-Turkey smartphone, the Oppo A15s, has been put on the market with a recommended price tag of TL 2,499 ($346).

The Chinese brand announced back in December 2020 its plans of investing in Turkey and later began trial production at the factory in Istanbul’s Tuzla in March 2021.

The first smartphone produced in the factory has a 6.5-inch display, featuring a MediaTek Helio P35 octa-core chipset. The Oppo A15s has 4 gigabytes (GB) of memory and 64GB of storage (microSD supports up to 256GB).

The front camera of Oppo's first Turkey-made phone has an 8-megapixel resolution while it also has a triple rear camera with megapixels of 13, two and another two.

The phone, which has a 4230 mAh battery, is available in dynamic black and mysterious blue color options.

Industry and Technology Minister Mustafa Varank announced earlier this month that the Chinese smartphone brand Oppo started test production at its factory in Tuzla. According to the statement made by the Ministry, an idled factory with a closed area of 12,000 square meters in Tuzla was transformed into a smartphone production facility by the Chinese mobile phone brand Oppo.

The installation work for Oppo's production facility, which is supported by the investment incentive by the ministry, started as of November. The surface-mount technology (SMT) production line and all systems were installed in the factory in about three months.

The factory also enables completely knocked-down (CKD) production and is the first factory of its kind in Turkey. Approximately 1,000 people are expected to be employed with the transition to full capacity production in the factory.

According to the market research firm Canalys, Oppo ranks 5th in the global smartphone market as of 2020, after Samsung, Apple, Huawei and Xiaomi, with a 9% share.

Another Chinese smartphone brand, Tecno Mobile – which initially entered the Turkish market last year – will invest over $25 million (TL 190 million) for smartphone production in Turkey, the company said back in January, noting that the first phones were set to be released in March. Similarly, Xiaomi has also disclosed its plans to prepare to start smartphone production in the country during the first quarter of the year.