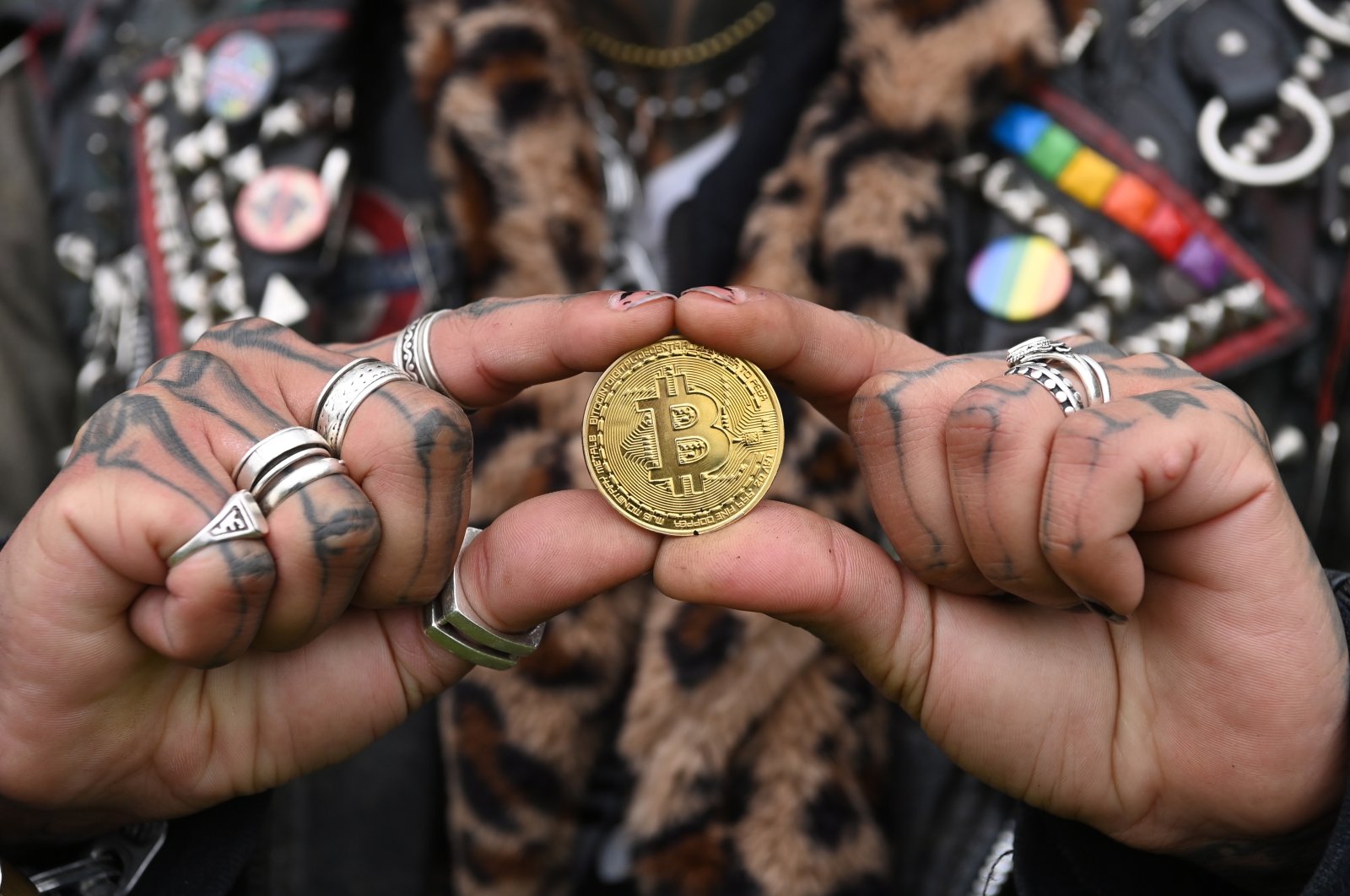 A performer holds a metal representation of a Bitcoin during a photocall in front of the Tower of London in London, Britain, Nov. 24, 2021. (EPA/FACUNDO ARRIZABALAGA)
by ASSOCIATED PRESS Dec 06, 2021 8:41 pm
RECOMMENDED

Craig Wright, the supposed inventor of Bitcoin via alias "Satoshi Nakamoto," prevailed in a highly publicized trial Monday over ownership of a digital wallet worth tens of billions of dollars.

A Florida jury found that Wright did not owe half of 1.1 million Bitcoins to the family of David Kleiman, Wright's one-time business partner.

At the center of the trial are 1.1 million Bitcoins, worth approximately $50 billion based on Monday's prices. These were among the first Bitcoins to be created through mining and could only be owned by a person or entity involved with the digital currency from its beginning.

The now ubiquitous cryptocurrency, which is famously volatile, has previously reached highs of $60,000 per Bitcoin. It has disrupted the global economy, with both risks and rewards, and is increasingly being incorporated by states and institutions.

Bitcoin’s origins have always been a bit of a mystery, which is why this trial has drawn so much attention from outsiders. In October 2008 during the height of the financial crisis, a person named “Satoshi Nakamoto” published a paper laying out a framework for a digital currency that would not be tied to any legal or sovereign authority. Mining for the currency began a few months later.

The name Nakamoto, roughly translated from Japanese to mean “at the center of,” was never considered to be the real name of Bitcoin’s creator. Some in the cryptocurrency community do not even believe Nakamoto was a single individual.

Wright has claimed since 2016 that he is Nakamoto, a claim that has been met with skepticism from a sizeable portion of the cryptocurrency community. Due to its structure, all transactions of Bitcoin are public and the 1.1 million Bitcoins in question have remained untouched since Wright’s big reveal. Members of the Bitcoin community have regularly called for Wright to move just a fraction of the coins into a separate account to register that he truly is as wealthy as he claims.

David Kleiman died in April 2013. Led by his brother Ira Kleiman, his family has claimed David Kleiman and Wright were close friends and co-created Bitcoin through a partnership. Kleiman’s estate was suing for half of the Bitcoins in question as well as intellectual property rights.

Wright’s lawyers have said repeatedly that David Kleiman and Wright were friends and collaborated on work together, but their partnership had nothing to do with Bitcoin’s creation or early operation.

Wright has said he plans to donate much of the Bitcoin fortune to charity if he were to win at trial.