Back in Barcelona, telecoms bosses stake claim to digital future 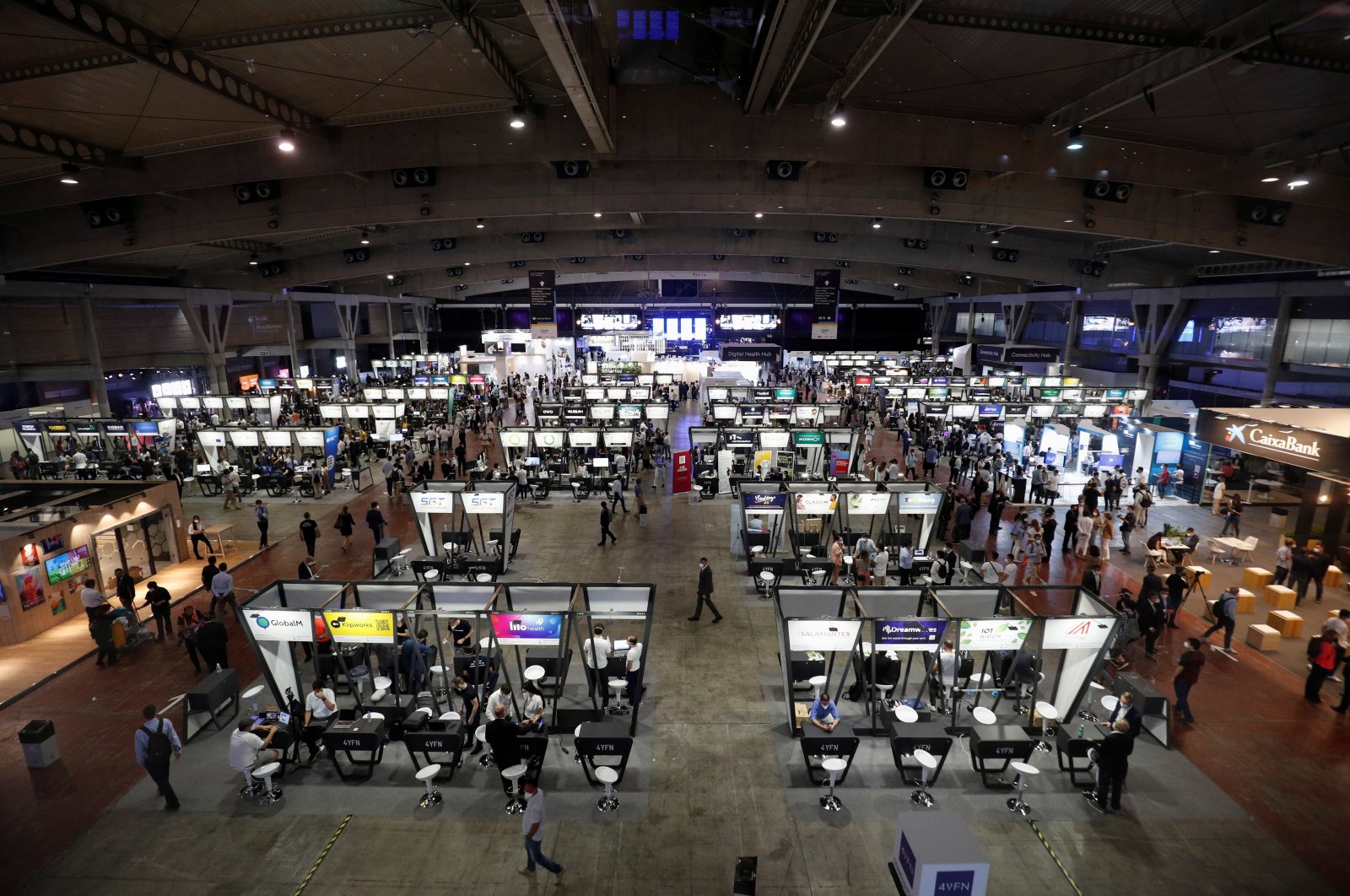 Telecoms bosses toasted the return of Barcelona's Mobile World Congress (MWC) on Monday with an agenda to put the industry at the center of digital development and inclusion in a global reboot following the coronavirus pandemic.

Having kept networks humming while people were locked down at home, telecoms executives said the pandemic had shown how vital connectivity was to those with access to the latest technology, and more so for those the billions who lack it.

Canceled last year at the last minute when COVID-19 first began to spread across the globe, the annual event is being held in a hybrid format with around 30,000 visitors, compared to the more than 100,000 that usually attend, with others online.

"We are back to business, back to Barcelona and back together," said Mats Granryd, head of the GSMA industry association that hosts the biggest telecoms get-together at the Catalan capital's sprawling Fira trade fair grounds.

With the acceleration of digitalization during the coronavirus crisis, cybersecurity and data governance are taking center stage, the chiefs of Telefonica, Deutsche Telekom and France's Orange said, adding that building trust with consumers was key.

"For too long progress in technology meant only advancement at any cost – but real progress comes when we move towards an equitable future, not when we just make shiny new things," Stephane Richard, Orange CEO and GSMA chairperson, said in a keynote address from the event's main stage.

Saddled with high debt and weak revenues, telcos are hoping to capitalize on the social credit derived from their role connecting societies and individuals during the pandemic to position themselves as the "good guys."

"Data cannot be extricated without compensation – it's called digital dignity," Telefonica CEO Jose-Maria Alvarez-Pallete said. "I have a right to know what my data is worth."

The trio also called for an overhaul of regulation in the European Union, saying fragmentation across the 27-nation bloc put them at a disadvantage against rivals like Facebook's WhatsApp messaging service.

"Connectivity today is needed. But, in 2030, connectivity will be a human right," Deutsche Telekom CEO Tim Hoettges said.

With visitors armed with negative COVID-19 tests, FFP2 face masks and a digital contact tracing badge, the industry hopes the event will create a blueprint for the future.

But several big names including Ericsson, Nokia and Samsung are staying away this year.

"I promise next year that Deutsche Telekom and all of us will be back again in Barcelona," said Hoettges, who joined by video link from the company's headquarters in Bonn, Germany.

Richard said that a third of European businesses had reported cyberattacks last year, a potentially fatal occurrence for smaller firms lacking the software to protect themselves.

"Cybersecurity is a constant race ... no one can be protected any longer behind a closed digital wall," Richard said, a position echoed across the panel, who suggested next-generation 5G mobile networks were both a solution and risk.

Most telcos are betting big on 5G, with partnerships announced at MWC spanning the cloud, software-as-a-service and traditional mobile and broadband operations.

"In China, 5G is on the fast track of development, with the deployment of nearly 850,000 5G base stations and 330 million 5G cell phone users," China Mobile Chairman Yang Jie said via videolink. He predicted that China's digital economy would represent half of its GDP by 2025.