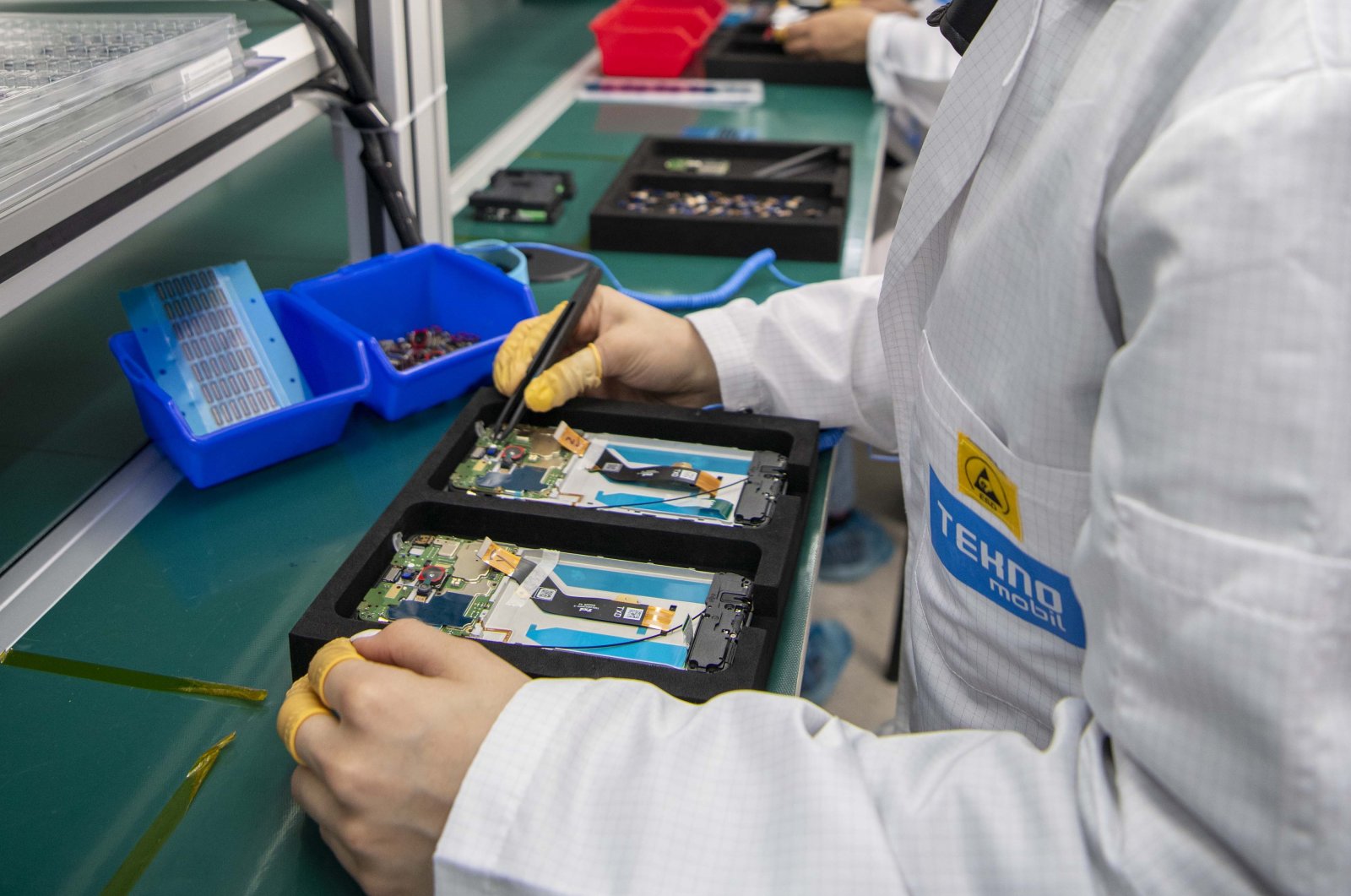 Tecno Mobile, one of China's biggest mobile phone makers, has begun production in Turkey with a $35 million (TL 293.66 million) investment, according to a company statement Monday. The move came following similar steps by other Asian technology giants.

"We plan to employ around 1,000 people at our production facility at Istanbul's Pendik district in the first year of trading," said Hank Li, Tecno Mobile's Turkey manager.

He said the company aims to increase its investment in the long term, in line with its 10% share target in the Turkish market.

The initial investment covers the production of CAMON, POVA and SPARK in the middle and upper segments, while the official noted they will “customize our products according to the needs of users in Turkey.”

Underlining an encouraging and positive environment set by the Turkish government's intention to attract foreign direct investment, he said: "We are highly attracted by this encouraging framework and visionary approach of the government to start this investment. We believe in the Turkish economy and market."

A subsidiary of Transsion Holdings, Tecno Mobile is a major global player with a presence in more than 60 markets across the world, especially in the African and South Asian markets. It entered the Turkish market last year.

The market capitalization of Transsion Holdings achieved a value of $5 billion in its initial public offering (IPO) in September 2019 and went on to reach nearly five times as much by April 2021. Commenting on the issue, Li said, "The market value of Transsion, which has reached $24 billion as of April 2021, with an increase of 262% last year alone, shows that this success is not by chance.”

Since the end of 2016, the company has been the partner of English football club Manchester City.

Another Chinese electronics giant, Xiaomi, jointly launched its production facility in Istanbul with supply giant Salcomp on March 29 this year. Besides, Oppo announced back in December 2020 its plans of investing in Turkey and began trial production at the factory in Istanbul’s Tuzla this month. Its first made-in-Turkey smartphone already hit the market.