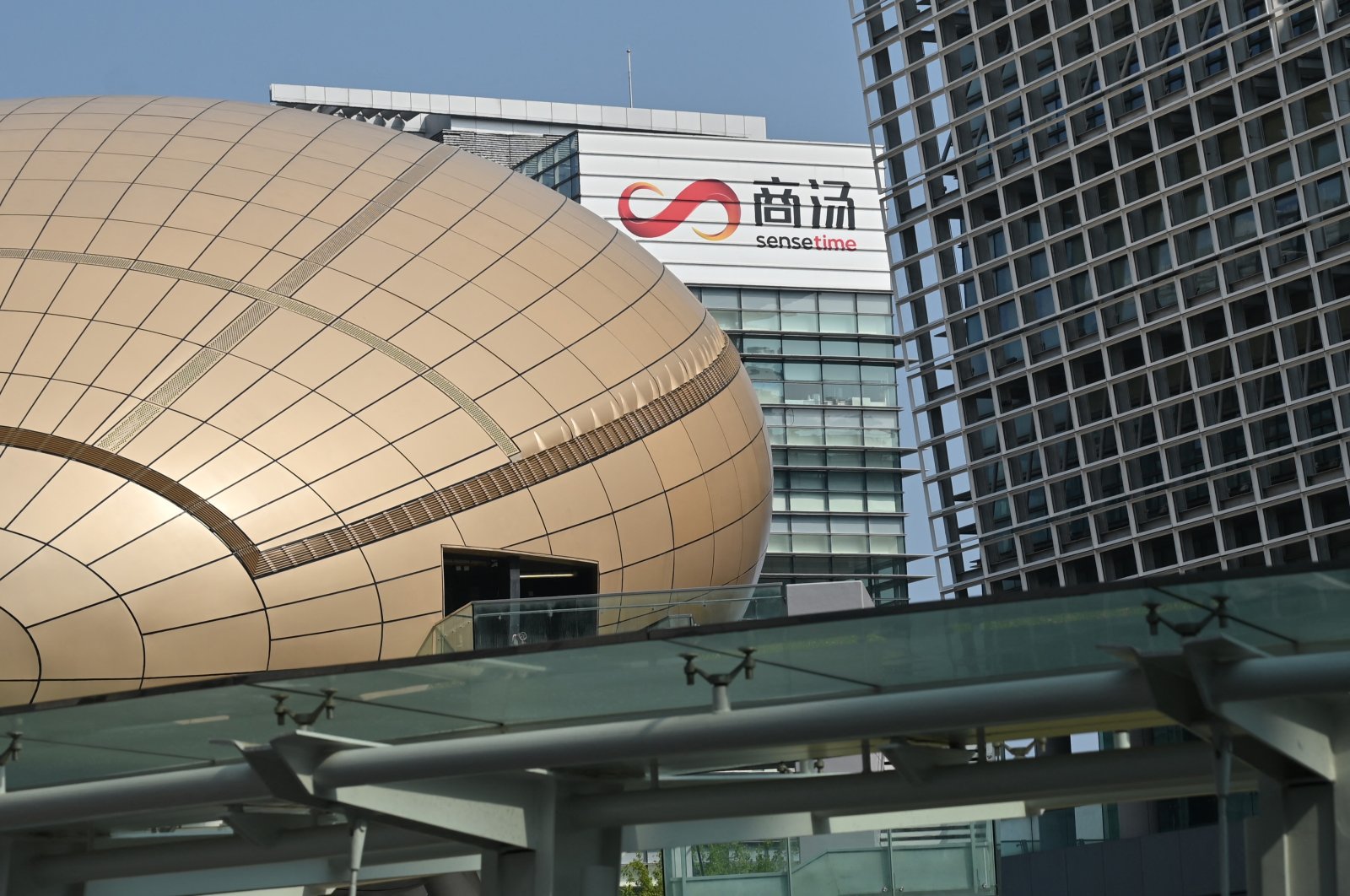 A view of the headquarters of SenseTime, a Hong Kong-based artificial intelligence company with offices in China, Singapore, Japan, Abu Dhabi and the United States is seen in Hong Kong, Dec. 13, 2021. (AFP Photo)
by French Press Agency - AFP Dec 13, 2021 10:22 am
RECOMMENDED

The U.S. Treasury announced the ban on Friday, stating SenseTime's facial recognition programs were designed in part to be used in Xinjiang, also known as East Turkistan, against Uyghurs and other mostly Muslim minorities, more than 1 million of whom have been incarcerated in prison camps.

The announcement immediately cast a shadow over the company's upcoming listing in Hong Kong, which had been due to take place a week later.

On Monday, the company filed a statement with the Hong Kong stock exchange saying it would postpone its listing "to safeguard the interests of the potential investors" as they weigh the impact of being placed on the blacklist.

SenseTime said it "remains committed" to listing in Hong Kong soon and would fully refund those who had already invested.

The U.S. sanctions and blacklisting can prevent individuals from obtaining visas to the U.S., block assets under U.S. jurisdiction, and prevent the targets from doing business with U.S. individuals or entities – effectively locking them out of the U.S. banking system.

A blacklisting would make it all but impossible for U.S. investment banks usually involved in Hong Kong listings to get involved or for a U.S. national to invest in the offering.

Washington says SenseTime is part of China's "military-industrial complex." It had already placed the company on the U.S. Department of Commerce's blacklist in 2019 because its technology had been used for mass surveillance in Xinjiang.

SenseTime strongly criticized the latest blacklisting, saying in a statement over the weekend it was "caught in the middle of geopolitical tension."

"We strongly oppose the designation and accusations that have been made in connection with it. The accusations are unfounded and reflect a fundamental misperception of our Company," the firm said.