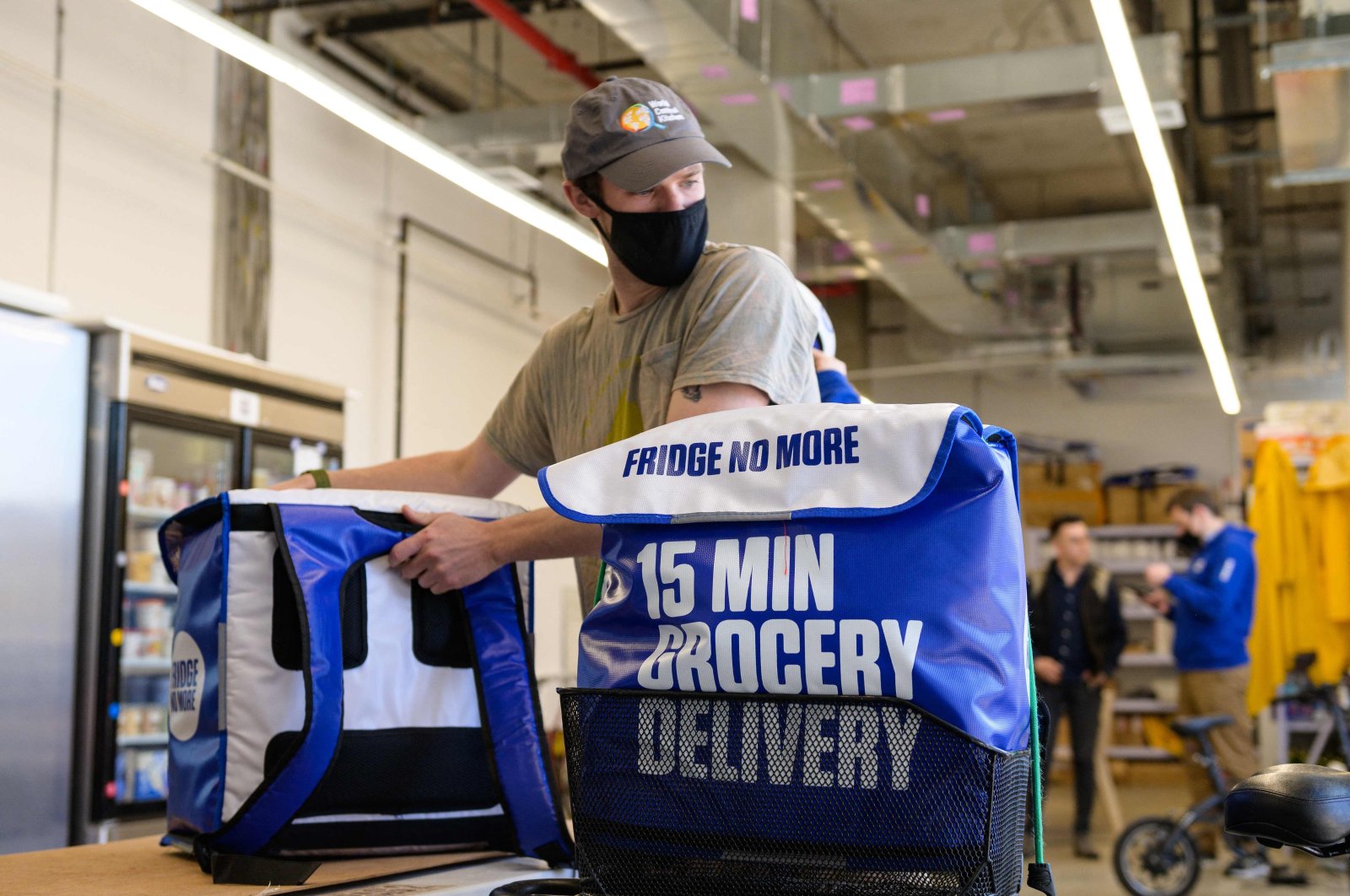 With millions of people around the world cooped up in their homes to avoid contracting the coronavirus, food and grocery delivery services have witnessed an unprecedented boom.

Yuri Nekrasov is one of those people who stopped going to the grocery store every day last year when authorities in Moscow enforced a coronavirus lockdown.

But it was not the restrictions that drove Nekrasov to online ordering, as even without lockdowns, many resorted to delivery services amid questions whether it is safe to visit a grocery store during a pandemic. And even after restrictions were lifted, Nekrasov has stuck to his new routine, ordering groceries online from rapid delivery companies that promise everything from milk and eggs to toilet paper in as little as 15 minutes.

"We now only go to a real supermarket once a week or once every two weeks," the 32-year-old finance lawyer told Agence France-Presse (AFP).

Rapid grocery delivery services have recently boomed in Russia, reflecting a global trend that has seen similar businesses winning customers in Europe and the United States.

More than $14 billion has been invested in grocery delivery services worldwide since early 2020 – most of it this year – according to PitchBook, a financial data provider.

Russians embraced e-commerce later than other countries, but the world of online shopping has recently seen explosive growth.

Overloaded platforms were unable to service customers and some chains experienced delivery delays of up to several days.

"It was a game-changer," Avtukhov told Agence France-Presse (AFP).

"Before the pandemic, we were an amusing toy. The pandemic changed everything, especially in the beginning when people were gripped by panic."

The company, which also offers a restaurant food delivery service, relies on an army of bicycle couriers and multiple warehouses known as "dark stores."

On average it takes two minutes to put together an order, Avtukhov said.

The service, which has a limited assortment of goods and prices generally higher compared to supermarkets, has targeted young, middle-class professionals.

Mary Levocz, a 34-year-old English teacher in Moscow, said she started using Yandex's 15-minute delivery service in early winter to avoid going out in the cold and lugging around heavy items such as bottled water.

"I use it because it's the most convenient option for ordering very random or small items," Levocz told AFP.

In the fourth quarter of 2020, the rapid delivery business brought in more than 4 billion rubles ($52 million), or 18% of Yandex's taxi and food delivery services.

Lavka operates across several major Russian cities and also in Tel Aviv, where Yandex has been present since 2014. This week the company said it was gearing up to launch operations in Paris and London.

"There were lots of orders in winter," Kutman Kanatbek Uulu, a Yandex.Lavka courier, told AFP after delivering two orders to Moscow customers from a nearby windowless warehouse.

Across the Atlantic, a warehouse of a New York fast delivery startup in the family-friendly Brooklyn neighborhood of Park Slope is also a beehive of activity.

A delivery man with a bright blue and white backpack rushes with an order to a customer two streets away, then returns a few minutes later.

The startup, called Fridge No More, was founded by two Russians, Anton Gladkoborodov and Pavel Danilov, in 2020.

"We knew that people in Moscow like it, so why not in New York?" said Danilov, the start-up's 38-year-old co-founder.

This spring the startup – whose workers are all staffers – raised more than $15 million and hopes to open dozens of sites in New York over the next 12 months.

Despite an explosion in demand for super-fast deliveries it is still not clear what the industry will look like when the dust settles after the initial surge, said Olivier Salomon, managing director at AlixPartners, a Paris-based consultancy.

"What will take precedence, the speed of delivery or the breadth of the offer? It's hard to do both."