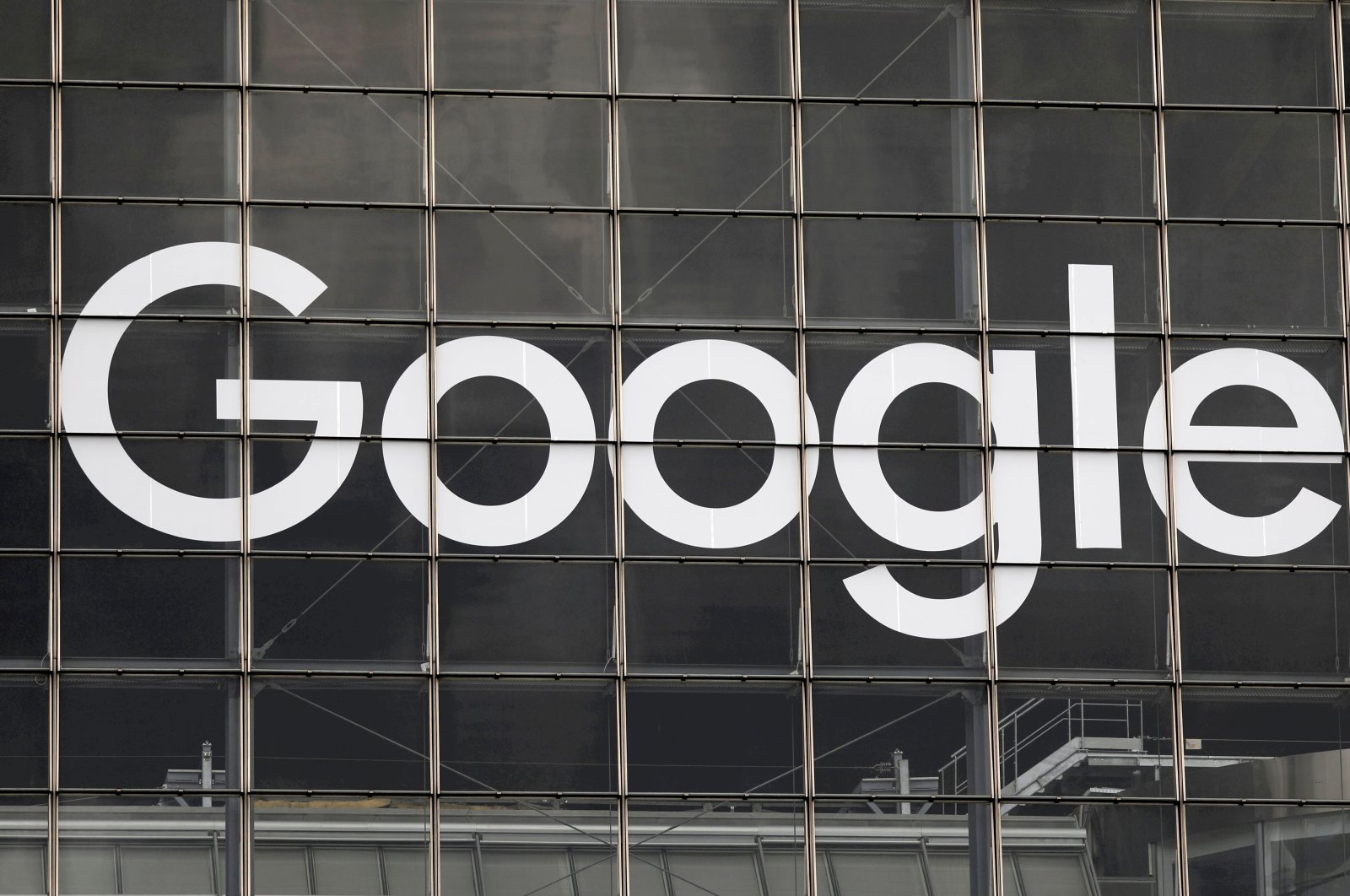 The logo of Google is seen on a building at La Defense business and financial district in Courbevoie near Paris, France, Sept. 1, 2020. (Reuters Photo)
by Agencies Jul 13, 2021 10:17 am
RECOMMENDED

France's antitrust watchdog Tuesday handed a 500 million euro ($593 million) fine to Alphabet's Google for failing to comply fully with temporary orders it had given in a row with the country's news publishers.

It is "the biggest ever fine" imposed by the authority for a company's failure to adhere to one of its rulings, the agency's chief Isabelle De Silva told reporters.

The U.S. tech group must come up with proposals within the next two months on how it would compensate news agencies and other publishers for the use of their news. If it does not do that, the company would face additional fines of up to 900,000 euros per day, according to a ruling published on the Competition Authority's website.

"When the authority decrees an obligation for a company, it must comply scrupulously, both in the spirit and letter (of the decision). Here, this was unfortunately not the case," De Silva said.

Google said it was "very disappointed" with the decision.

"We have acted in good faith during the entire negotiation period. This fine does not reflect the efforts put in place, nor the reality of the use of news content on our platform," the company insisted.

"This decision is mainly about negotiations that took place between May and September 2020. Since then, we have continued to work with publishers and news agencies to find common ground."

The long-running legal battle has centered on claims that Google has been showing articles, pictures and videos produced by media groups when displaying search results without adequate compensation, despite the seismic shift of advertising revenue online.

In April 2020, the French competition authority ordered Google to negotiate "in good faith" with media groups after it refused to comply with a new EU law governing digital copyright.

The so-called "neighbouring rights" aim to ensure that news publishers are compensated when their work is shown on websites, search engines and social media platforms.

But last September, news publishers filed a complaint with regulators, saying Google was refusing to move forward on paying to display content in web searches.

In particular, the Competition Authority rebuked Google for having failed to "have a specific discussion" with media companies about neighboring rights while negotiating over the launch of its Google Showcase news service, which launched late last year.

News outlets struggling with dwindling print subscriptions have long seethed at Google's refusal to give them a cut of the millions of euros it makes from ads displayed alongside news search results.

The search giant counters that it encourages millions of people to click through to media sites, and it has also invested heavily in supporting media groups in other ways, including emergency funding during the COVID-19 crisis.

Google announced in November that it had signed "some individual agreements" on copyright payments with French newspapers and magazines, including top dailies Le Monde and Le Figaro.

Google has been repeatedly targeted by French and European Union antitrust authorities for various business activities seen as abusing its market dominance, including a 220 million euro fine that the French competition watchdog issued the company last month for abusing its "dominant position" in the online advertising business.

In Australia, Google and Facebook have signed licensing deals with news companies after the government passed a law this year requiring digital giants to help pay for news.