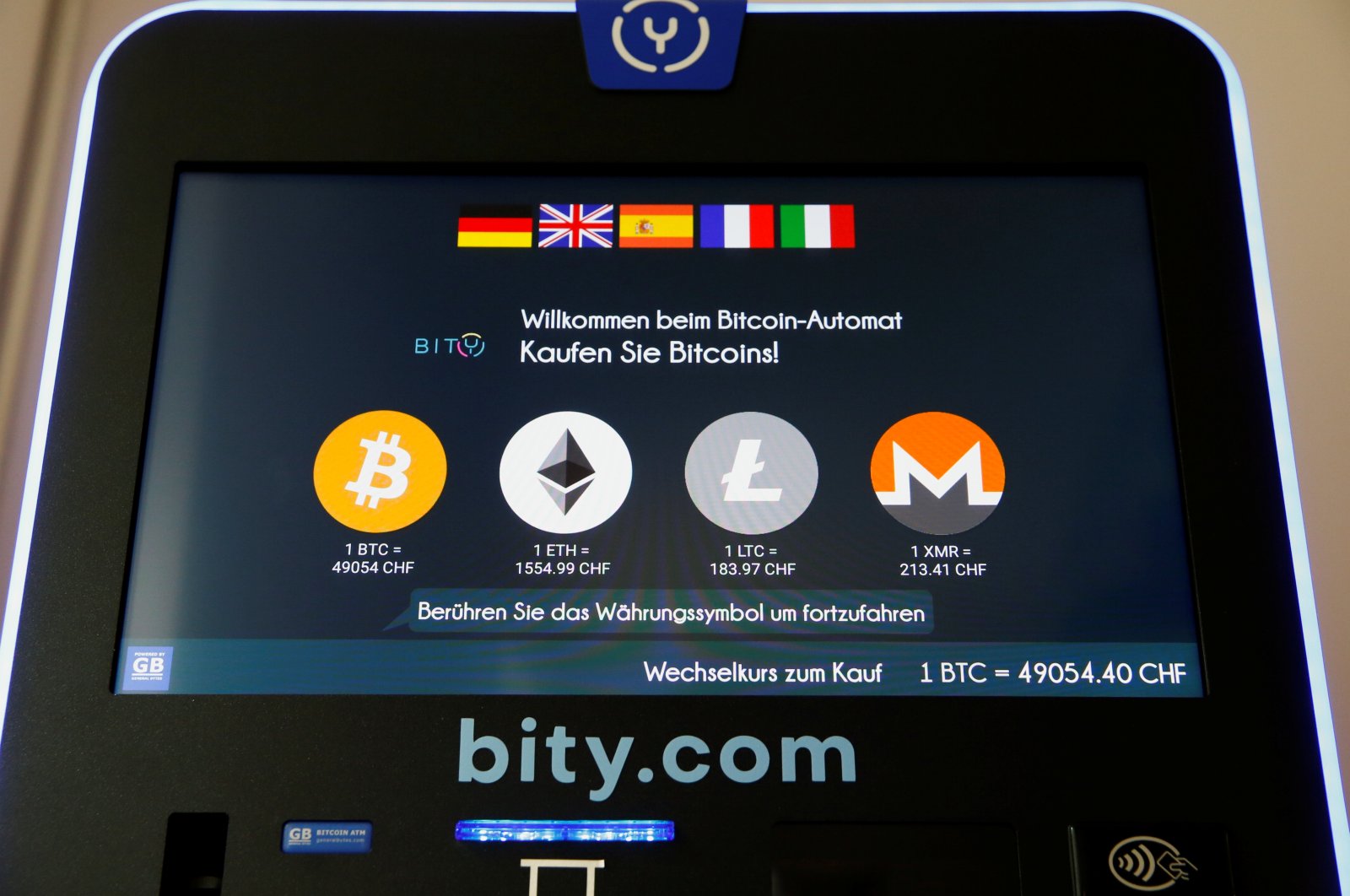 The exchange rates and logos of Bitcoin (BTH), Ether (ETH), Litecoin (LTC) and Monero (XMR) are seen on the display of a cryptocurrency ATM in Zurich, Switzerland, March 4, 2021. (Reuters Photo)
by REUTERS Mar 15, 2021 1:31 pm
RECOMMENDED

India will propose a law banning cryptocurrencies and fining anyone trading in the country or even holding such digital assets, a senior government official told Reuters in a potential blow to millions of investors piling into the red-hot asset class.

The bill, one of the world’s strictest policies against cryptocurrencies, would criminalize possession, issuance, mining, trading and transferring crypto-assets, said the official, who has direct knowledge of the plan.

The measure is in line with a January government agenda that called for banning private virtual currencies such as bitcoin while building a framework for an official digital currency. But recent government comments had raised investors’ hopes that the authorities might go easier on the booming market.

Instead, the bill would give holders of cryptocurrencies up to six months to liquidate, after which penalties will be levied, said the official, who asked not to be named as the contents of the bill are not public.

Officials are confident the bill will be enacted into law as Prime Minister Narendra Modi’s government holds a comfortable majority in parliament.

If the ban becomes law, India would be the first major economy to make holding cryptocurrency illegal. Even China, which has banned mining and trading, does not penalize possession.

The finance ministry did not immediately respond to an email seeking comment.

Bitcoin, the world’s biggest cryptocurrency, hit a record high $60,000 on Saturday, nearly doubling in value this year as its acceptance for payments has increased with support from such high-profile backers as Tesla Inc CEO Elon Musk.

In India, despite government threats of a ban, transaction volumes are swelling and 8 million investors now hold 100 billion rupees ($1.4 billion) in crypto-investments, according to industry estimates. No official data is available.

“The money is multiplying rapidly every month and you don’t want to be sitting on the sidelines,” said Sumnesh Salodkar, a crypto-investor. “Even though people are panicking due to the potential ban, greed is driving these choices.”

User registrations and money inflows at local crypto-exchange Bitbns are up 30-fold from a year ago, said Gaurav Dahake, its chief executive. Unocoin, one of India’s oldest exchanges, added 20,000 users in January and February, despite worries of a ban.

ZebPay “did as much volume per day in February 2021 as we did in all of February 2020,” said Vikram Rangala, the exchange’s chief marketing officer.

“I can only give you this clue that we are not closing our minds, we are looking at ways in which experiments can happen in the digital world and cryptocurrency,” she told CNBC-TV18. “There will be a very calibrated position taken.”

The senior official told Reuters, however, that the plan is to ban private crypto-assets while promoting blockchain – a secure database technology that is the backbone for virtual currencies but also a system that experts say could revolutionize international transactions.

“We don’t have a problem with technology. There’s no harm in harnessing the technology,” said the official, adding the government’s moves would be “calibrated” in the extent of the penalties on those who did not liquidate crypto-assets within the law’s grace period.

A government panel in 2019 recommended a jail term of up to 10 years for people who mine, generate, hold, sell, transfer, dispose of, issue or deal in cryptocurrencies.

The official declined to say whether the new bill includes jail terms as well as fines, or offer further details but said the discussions were in their final stages.

In March 2020, India’s Supreme Court struck down a 2018 order by the central bank forbidding banks from dealing in cryptocurrencies, prompting investors to pile into the market. The court ordered the government to take a position and draft a law on the matter.

The Reserve Bank of India voiced its concern again last month, citing what it said were risks to financial stability from cryptocurrencies. At the same time, the central bank has been working on launching its own digital currency, a step the government’s bill will also encourage, said the official.

Despite the market euphoria, investors are aware that the boom could be in danger.

“If the ban is official we have to comply,” Naimish Sanghvi, who started betting on digital currencies in the last year, told Reuters, referring to existing concerns about a potential ban. “Until then, I’d rather stack up and run with the market than panic and sell.”