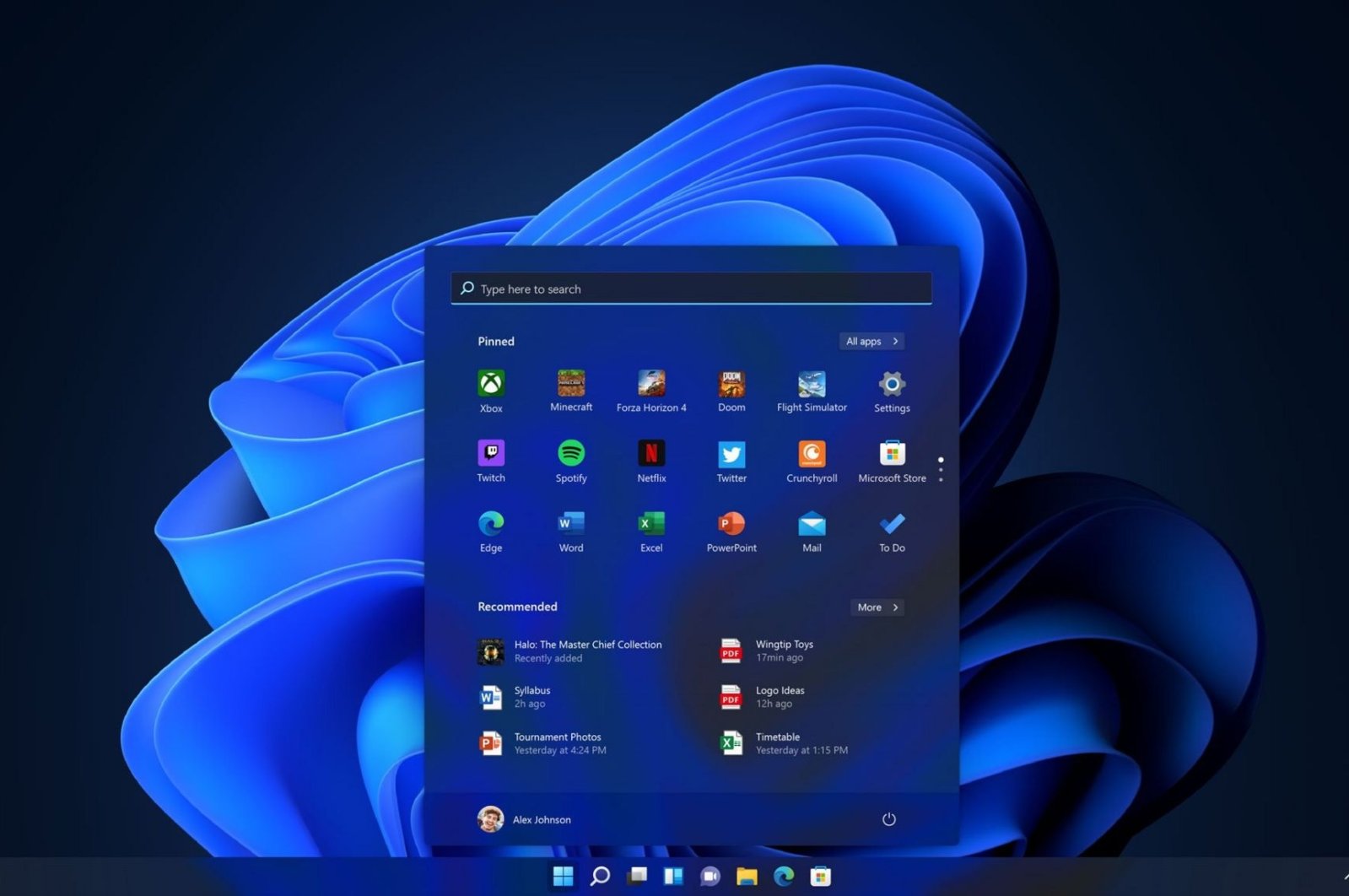 A screengrab of Windows 11 made publicly available by Microsoft. (Credit: Microsoft)
by Daily Sabah with AP
Jun 24, 2021 9:41 pm

"Right now we’re releasing Windows 10, and because Windows 10 is the last version of Windows, we’re all still working on Windows 10." That was what Microsoft official Jerry Nixon vowed back in 2015, but these days it seems that the company has had a change of heart.

Microsoft has just unveiled the next generation of its Windows software, called Windows 11, that has sleeker visual features and is more open to third-party apps.

The newest version of Microsoft's flagship operating system announced Thursday will be a successor to today's Windows 10, which the company introduced in 2015.

In a challenge to rival Apple, the company also announced that it won't force app developers to pay fees to Microsoft for using its app store; and that Google's popular Android apps will run on its new system.

Windows 11 is expected to become available later this year on new computers and other devices and as a free update for those with Windows 10. It includes a host of cosmetic upgrades, such as a new Start button, a revamped task bar and sounds, and under-the-hood features designed to boost speed and efficiency.

Microsoft's virtual announcement event was affected by technical difficulties, forcing the company to recommend some viewers watch it on Twitter instead.

When it launched Windows 10 six years ago, Microsoft was hoping that the new operating system would help it rebuild loyalty among users who were increasingly relying on tablets, smartphones and other devices.

Windows has been a PC workhorse for decades. Its first version launched in 1985, offering computer novices a graphical user interface so they could click on icons and menus with a mouse button rather than simply type commands into a blank screen.

It's been a core part of Microsoft's business ever since, though its influence waned as PC sales declined with the rise of smartphones.

Microsoft said it would allow developers to bypass the payments system in its app store if they have their own commerce engine.

That could create problems for Apple, which has faced government scrutiny over its app store and a legal battle from Epic, the maker of the popular Fortnite game, which contends Apple has been gouging app makers by charging commissions ranging from 15% to 30% for in-app transactions because it forbids other options on its iPhone, iPad and iPod.

“I believe this will be problematic for Apple in its antitrust dealings,” said tech analyst Patrick Moorhead. “Apple charging 30% in its store and Microsoft charging 0% and 15% if you use its commerce engine. Global antitrust units are currently scrutinizing Apple on this very point.”

Moorhead said the easier access to third-party apps, combined with the better user interface promised with Windows 11, could help Microsoft get a stronger hold in the premium tablet market, now dominated by the iPad.