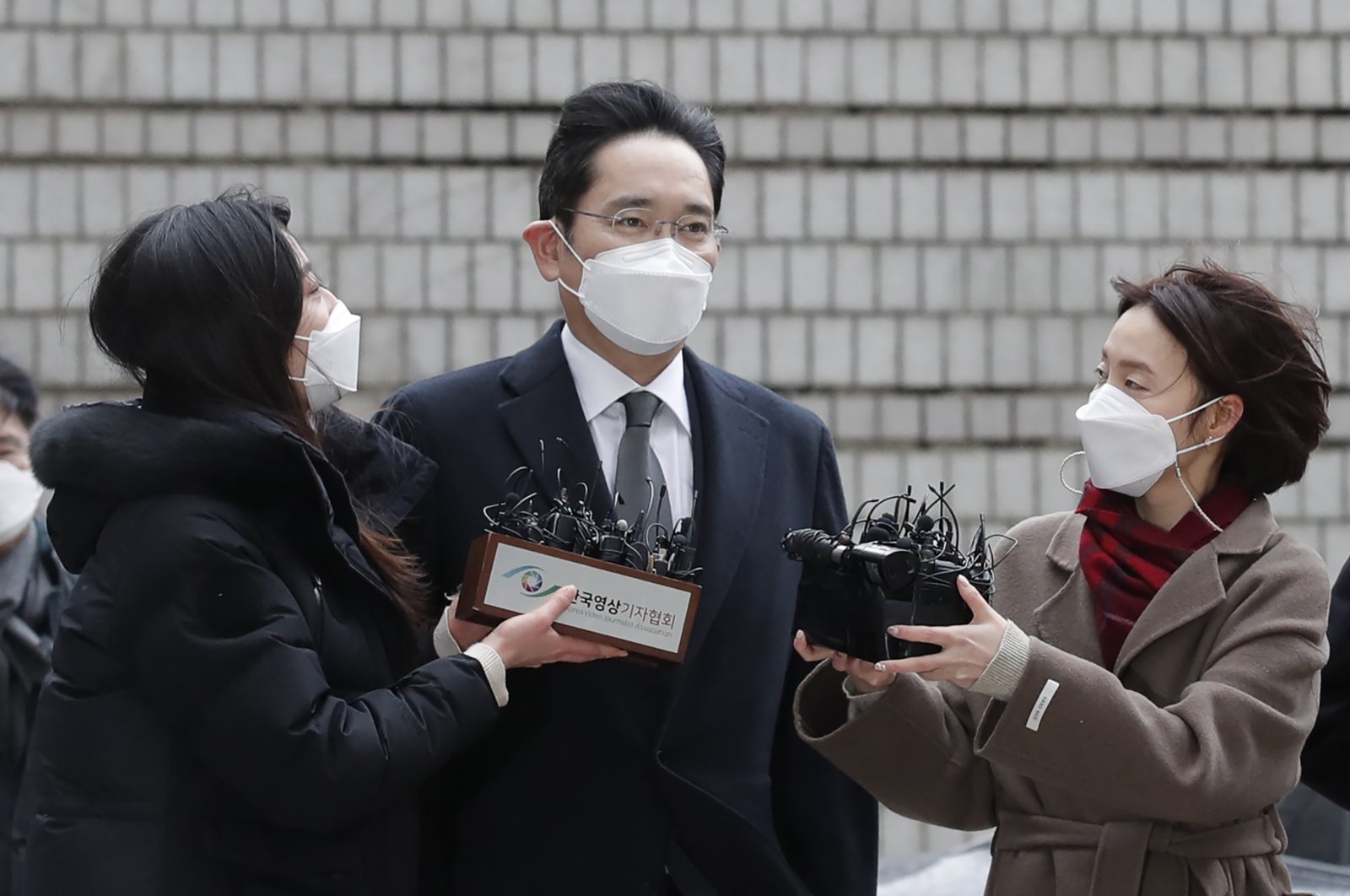 South Korea will release billionaire Samsung scion Lee Jae-yong on parole this week after he spent 18 months in prison for his role in a massive corruption scandal that triggered nationwide protests and led to the ouster of the country’s previous president.

The announcement Monday by the Justice Ministry, which came with a year left on Lee’s 30-month sentence, extends a history of leniency toward major white-collar crime and preferential treatment for convicted tycoons. It tarnishes the reformist image of President Moon Jae-in, who after winning a presidential by-election in 2017 vowed to curb the excesses of “chaebol,” South Korea’s family-owned conglomerates, and end their cozy ties with the government.

Lee, who has been imprisoned since January, runs the Samsung group in his capacity as vice chairman of Samsung Electronics, one of the world’s largest makers of computer memory chips and smartphones.

The 188th richest person in the world according to Forbes, with a net worth of $12.4 billion, he was convicted of bribing then-President Park Geun-hye and her close confidante, who are serving lengthier prison terms, to win government support for a 2015 merger between two Samsung affiliates that tightened his control over the corporate empire.

Business leaders and key members of Moon’s government and ruling party have endorsed Lee’s early release in recent months, citing Samsung’s crucial role in the national economy and the increasing challenges it faces in the global semiconductor market.

Recent polls have indicated that South Koreans – years removed from the angry rallies of 2016 and 2017 – are largely in favor of Lee’s release, showing Samsung’s deep influence in a country where it provides the smartphones, TVs and credit cards people use, the apartments they live in and the hospitals where they are born or go to die.

Even with his release on Friday, legal risks still loom for Lee as he undergoes a trial on separate charges of stock price manipulation and auditing violations related to the 2015 merger. Lee’s next court hearing in that case is set for Thursday at the Seoul Central District Court.

Justice Minister Park Beom-kye said the decision to grant parole to Lee, who will be released with about 800 other convicts on Friday, was based on concerns related to the “national economic situation and the global economic environment” amid the prolonged COVID-19 crisis. Moon’s office didn’t immediately comment on Lee’s release.

Lee, 53, was originally sentenced in 2017 to five years in prison on corruption charges but was freed after 11 months in February 2018 following a Seoul High Court ruling that reduced his term to 2 ½ years and suspended his sentence, overturning key convictions and reducing the amount of his bribes.

The Supreme Court returned the case to the high court in 2019, ruling that the amount of Lee’s bribes had been undervalued. Lee was sent back to jail in January this year following a retrial.

Samsung Electronics has shown no obvious sign of business trouble while Lee ran the company from behind bars, communicating his decisions through visiting company executives. The demand for its semiconductor chips, TVs and other products has surged as the pandemic forced millions to stay at home.

The company said last month that its operating profit for the second quarter increased by 54% from a year earlier to 12.57 trillion won ($11 billion), driven by its dual strengths in components and finished products.

The turnover of the overall Samsung group is equivalent to a fifth of the national gross domestic product (GDP) and it is crucial to South Korea's economic health.

Analysts have warned the prolonged absence of its de facto leader could hamper its decision-making on future large-scale investments of the kind that have been instrumental to the rise of its flagship subsidiary Samsung Electronics to become one of the world's top smartphone and computer chip makers.

While Samsung remains dominant in memory chips, which are used to store information, there are views that it is increasingly falling behind rival Taiwan Semiconductor Manufacturing Co. in the race for high-tech chips designed to perform a broader range of functions.

The demand for advanced chips is expected to grow rapidly in the coming years, driven by fifth-generation (5G) wireless services, artificial intelligence and self-driving cars. Some analysts say that Samsung may be more active in pursuing merger and acquisition deals to gain such technologies once Lee is released and can sign off on investments more easily.