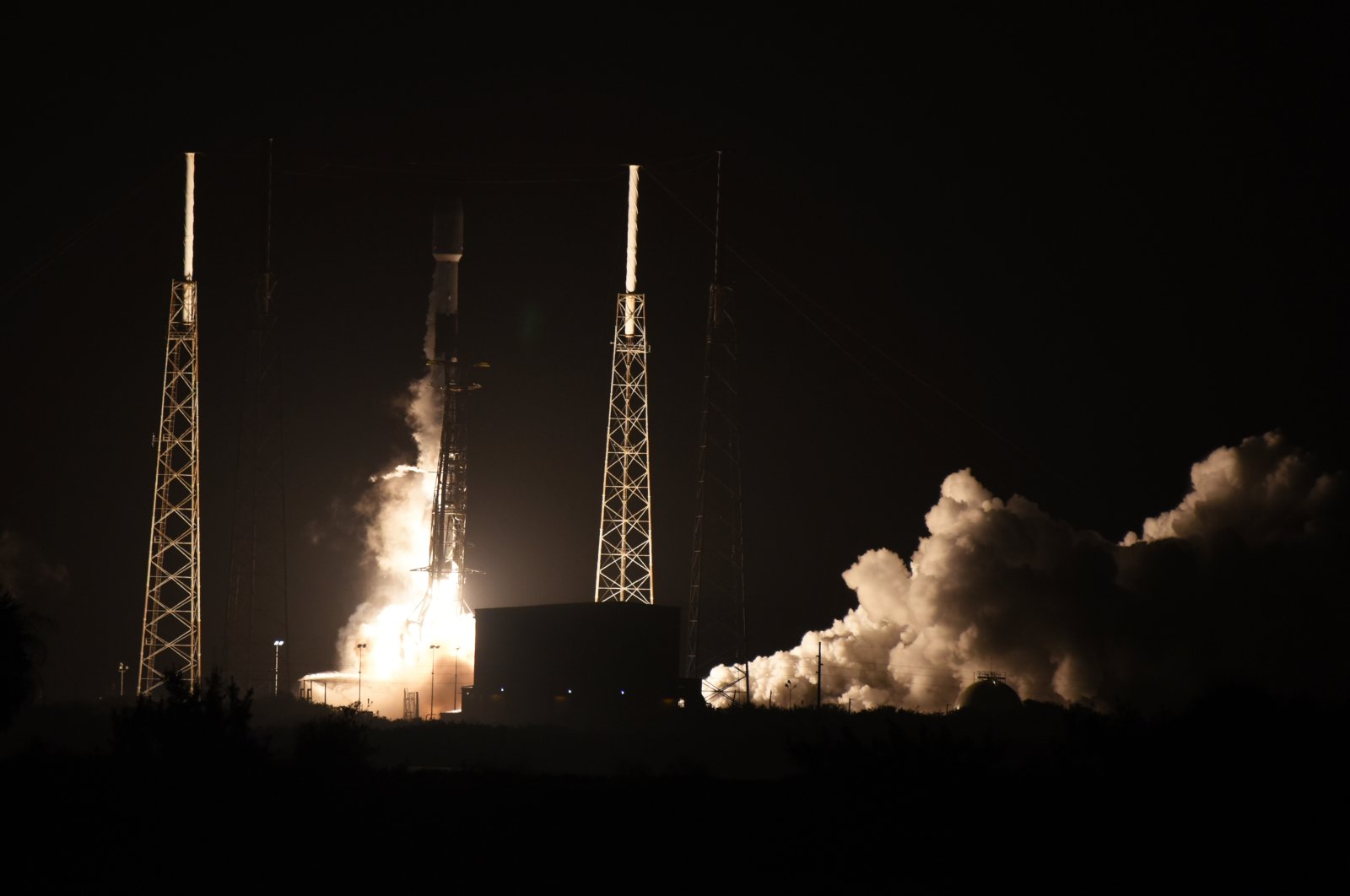 Türksat 5B, which launched from Cape Canaveral Space Force Station in the U.S. state of Florida, will reach its orbital slot of 42 degrees East in 164 days. Then, a 45-day test process will begin.

The satellite produced by Airbus and transferred from France to the U.S. on Nov. 29, is the most powerful Turkish satellite so far and will increase its Ka-band capacity by over fifteenfold.

It will be capable of transmitting data at more than 55 gigabits.

Türksat 5B was produced with contributions from Turkey's domestic industry.

It is expected to last more than 35 years and features a next-generation electric-powered propulsion system.

In a video message, President Recep Tayyip Erdoğan hailed the launch as another "moment of pride for Turkey and the Turkish nation."

"Today, we launched Türksat 5B, the most powerful and highest-capacity communication satellite of our country, into space. In this satellite project, we also opted for Space X's Falcon 9 rocket," he said.

Erdoğan also thanked Elon Musk and his company Space X for not bowing down to "the blackmail and pressure of the anti-Turkey lobbies."

Erdoğan held a video call on Thursday with Musk, the founder of Space X, and discussed the launch process.

Underlining that data transmission speed and capacity would see an over fifteenfold increase with the launch of Türksat 5B, the Turkish president added: "In this way, broadband satellite internet services will be provided to users within the coverage area, including on land, sea and air vehicles in regions where internet access is limited."

Deputy Minister of Transport and Infrastructure Ömer Fatih Sayan meanwhile stated that Türksat 5B differs from other satellites with its high internet capacity, adding that every single Turkish village will have access to the internet in the coming period.

Explaining that satellites are primarily used for broadcasting in the media and television industry, Sayan said that the sector is now shifting from broadcasting to providing internet services.

Sayan also commented on the expansive area Türksat 5B will cover, noting that the satellite will cater to a large part of Africa and almost the entire Mediterranean as well as Turkey.

In addition to providing broadcasting and internet services to the regions, Sayan noted that “As of today, the internet of our nearly 2,000 village schools is provided by Türksat. With Türksat 5B, we will use our Türksat satellites much more effectively in order not to leave villages without internet in Turkey.”

Sayan added that the satellite, which took over three years to produce, will be in service for 30-35 years.

Head of the Presidency's Digital Transformation Office Ali Taha Koç commented on the domestically produced parts in the satellite, stating that a transceiver system produced by Turkish defense giant Aselsan is being sent into space over Türksat 5B and will be used in space for the first time.

“Most of the satellites we have sent so far have been low-orbit satellites, but for the first time, a domestic product has been tested at a high orbit distance of 36,000 kilometers (22,369.36 miles), it has passed all the criteria and is now above Türksat 5B,” he said.

“Aselsan’s product will now go down in history,” Koç said, adding that the local product will be available to other countries when building satellites from now on.

“We took a risk here to support domestic and national production. Currently, these products have not been used in any satellite,” he said.

The construction of the domestic communication satellite Türksat 6A, one of Turkey's most important projects, is also proceeding at full speed. The sub-systems, satellite ground station and software to be used in the satellite are being developed entirely with domestic means.

While the engineering model equipment and system production of Türksat 6A is completed, system level tests continue at the Satellite Systems Integration and Test Center.

After the system level tests of the engineering model are completed, flight model integration and tests will continue. The Türksat 6A communication satellite is expected to be launched into space in 2023.

Another one of Turkey's satellites, Turksat 5A, was also launched by SpaceX in January.

With Turksat 5B, Turkey currently has a total of eight active satellites.