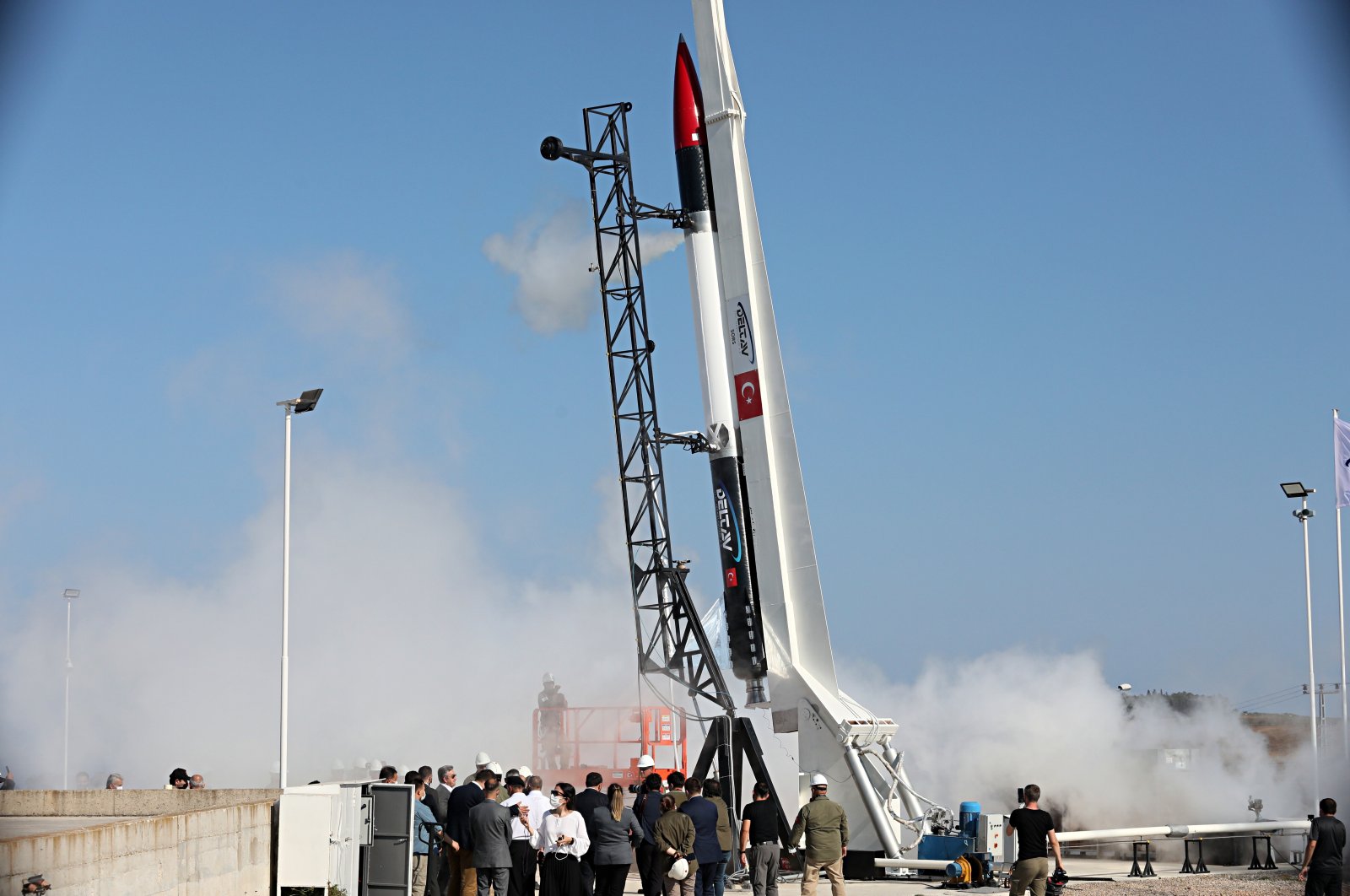 Turkey on Monday successfully completed the flight tests of a probe rocket system that will be used in a crewless spacecraft that will be sent as part of the nation’s 2023 moon mission.

Developed with hybrid engine technology, the Probe Rocket System (SORS) was launched from northern Sinop province in a ceremony attended by Industry and Technology Minister Mustafa Varank and other officials.

The system was developed by Delta V, a state-backed research firm that has a leading role in the national space program announced in February.

The firing marked one of the most important stages as Turkey looks to accomplish the first leg of its moon mission in 2023 by sending a crewless spacecraft to make the hard landing.

“The ultimate goal here is to exceed an altitude of 100 kilometers (62.5 miles), the start of outer space, with hybrid engine rockets,” Varank told Anadolu Agency (AA) on the sidelines of the tests in Sinop.

Delta V pushes ahead with its works to increase the altitude of the rocket. SORS will have more oxidizing capacity with an enlarged tank. This will enable the rocket to reach altitudes much higher than 100 kilometers.

Ground tests of the enlarged oxidizer tank are expected to be carried out in August, before it is projected to be used launches to be made in September.

The SORS owns one of the most advanced technologies around the world, Delta V general manager Arif Karabeyoğlu said.

“We are talking about a very fast-burning and high-performance engine that uses liquid oxygen and paraffin fuel,” Karabeyoğlu noted.

As part of its 10-year space road map, Turkey aims to achieve its first contact with the moon in 2023, when the country marks the centennial of the founding of the Republic of Turkey.

As part of the moon mission, the first launch into orbit will be made with international cooperation, after which the hybrid engine manufactured by Delta V will take the Turkish spacecraft to the moon’s surface.

In the second stage in 2028, according to the road map, the country will launch its own rockets into space in the same way it did the probe.