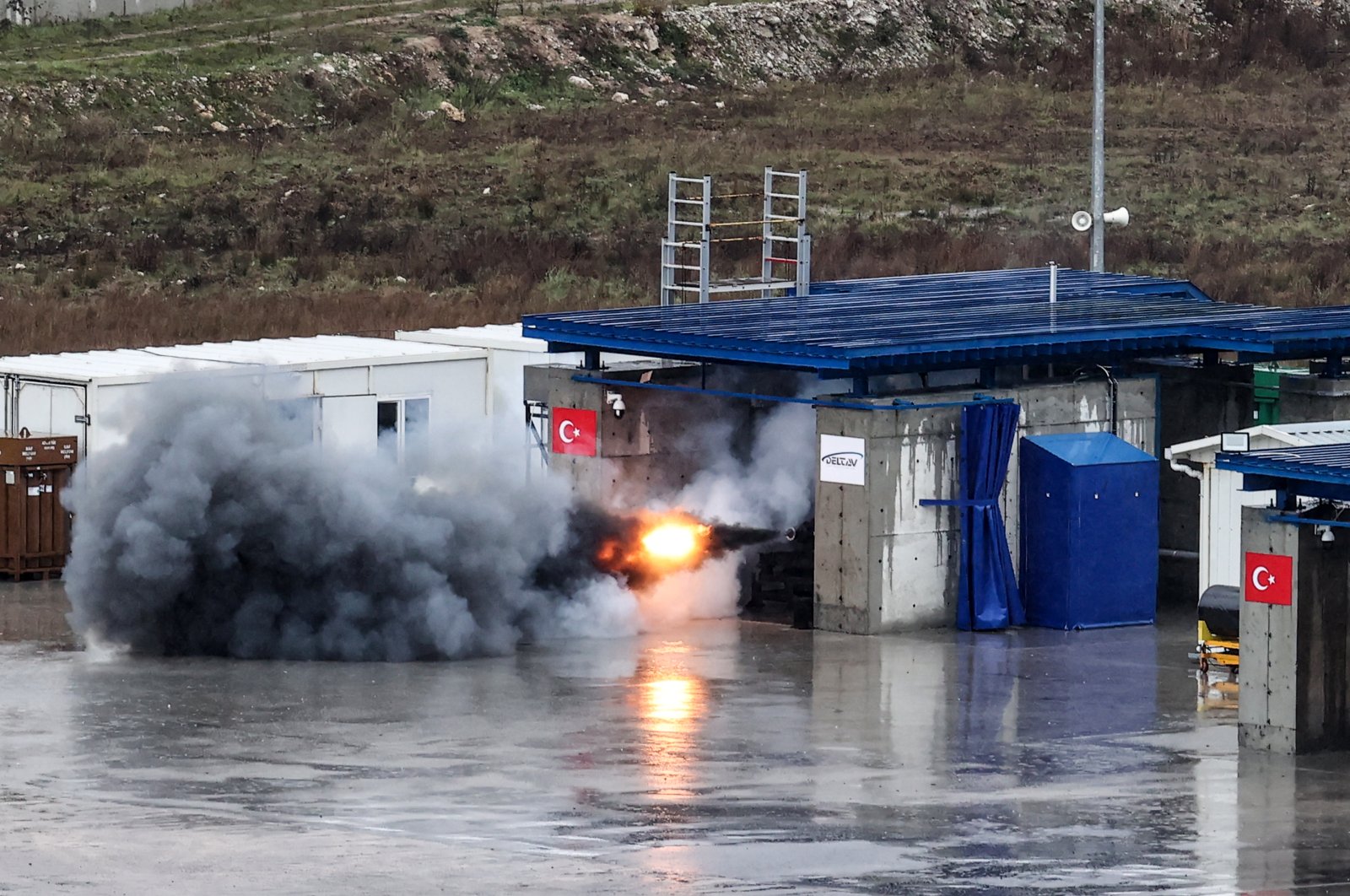 In a major milestone, Turkey on Sunday successfully conducted the first test of its hybrid rocket engine that is expected to be used in its 2023 moon mission, the nation’s industry and technology minister announced.

The firing test was made at the facility of Delta V, a state-backed research firm that has a leading role in the national space program announced in February, in Istanbul’s Şile district.

In parallel, a vertical firing test of the thrust system of the hybrid sounding rocket (SORS), which will reach outer space, was also carried out, Industry and Technology Minister Mustafa Varank said.

As part of its 10-year road map, unveiled by President Recep Tayyip Erdoğan, Turkey aims to achieve its first contact with the moon in 2023, when the country marks the centennial of the founding of the Republic of Turkey.

As part of the moon mission, the first launch into orbit will be made with international cooperation, after which the hybrid engine manufactured by Delta V will take the Turkish spacecraft to the moon’s surface.

In the second stage in 2028, according to the road map, the country will launch its own rockets into space in the same way they did the probe.

Expressing the belief that the country can accomplish the first leg of its moon mission in 2023, Varank said Turkey is planning to send an unmanned spacecraft to make the hard landing.

"Our spacecraft will be making contact with the moon. So, we're very proud to have performed the first firing of the engine here," the minister told reporters.

A sample of the rocket engine will be launched from northern Sinop province in May, Varank said. It will mark the most important stage so far.

If all goes well in May, Delta V will be carrying out launchings to higher altitudes, its general manager, Arif Karabeyoğlu, said.

“Today we tested the rocket engine of the spacecraft that will go to the moon,” he said. “Step by step, we are going to the moon.”

“One was the static firing on the ground of the engine of the sounding rocket to be launched from Sinop. It is an engine that uses liquid oxygen and is the largest and best performing of its kind in the world. In addition, we have fired another engine that can be used in the moon mission. This uses a different oxidizer. Here, we can say that we succeeded by firing for 50 seconds,” he noted.

Varank last month said the country is preparing to fire the unique hybrid rocket into space by the end of summer.

Delta V will fire the rocket that will exceed an altitude of 100 kilometers (62.5 miles), the start of outer space, he said.

Using hybrid technology will result in a “significant” commercial advantage because it produces the same thrust at a fraction of the cost of competitors, according to Varank.

In addition to demonstrating its capabilities, the minister Sunday said the country wants to commercialize these capabilities and gain economic benefits from them.

He earlier said the country is looking to set up a ground control station for the moon project and future missions.

The government is also said to be in talks with foreign partners to manufacture much larger missiles that can carry bigger payloads.

Varank emphasized that Turkey was looking for a partnership with a country, which he did not name, near the equator to jointly build a spaceport.

Earlier reports suggested Turkey could establish a spaceport in Somalia with a $350 million (TL 2.85 billion) investment.

The government was said to be planning to construct a rocket launch site in the African country, which already hosts Turkey’s largest military training base.

Reports have also said a separate port would be established in Turkey for “sensitive” launches, such as satellites for national security purposes.