US sets, then delays digital-tax tariffs on Turkey, 5 other nations 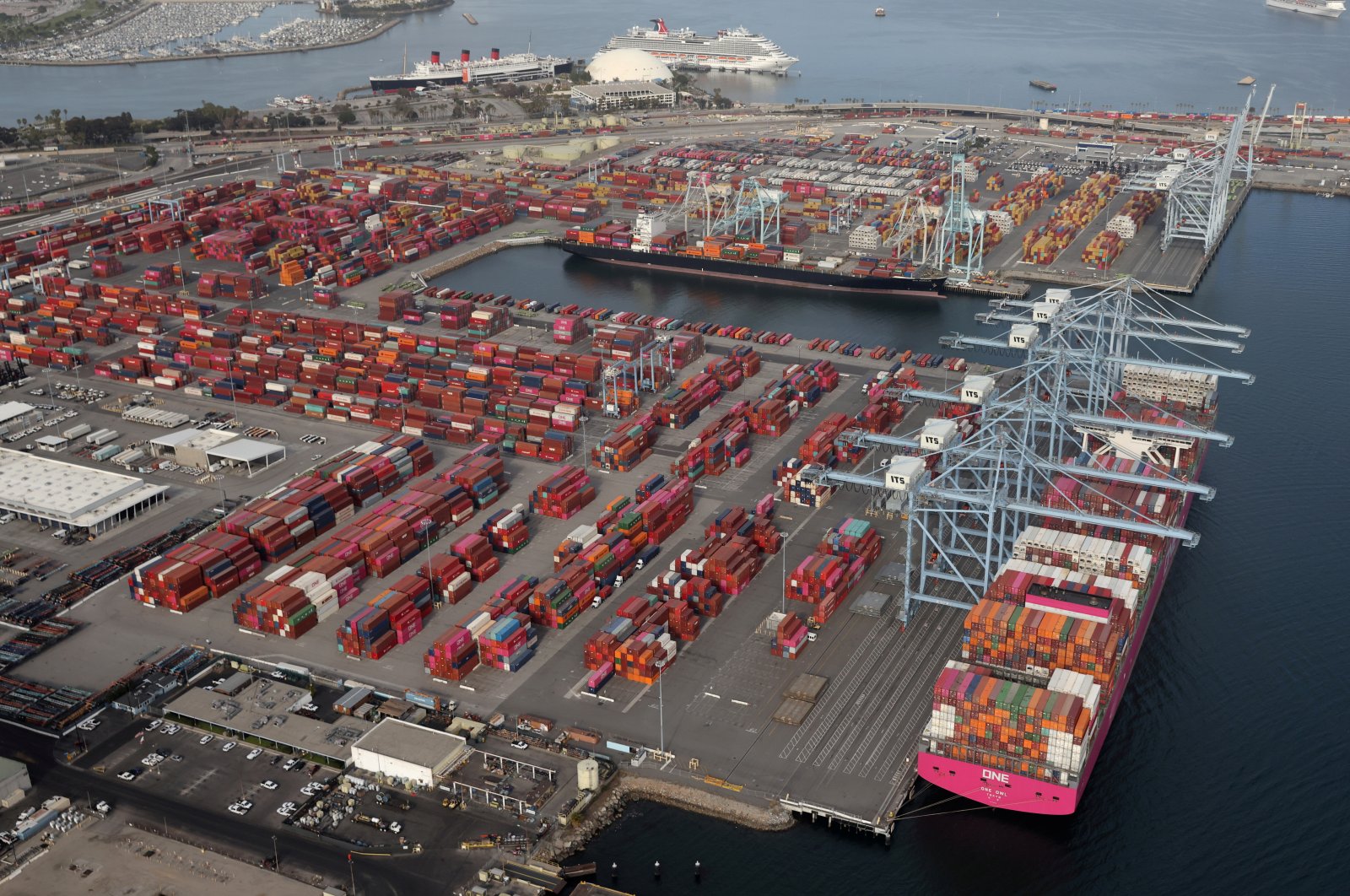 Shipping containers are unloaded from ships at a container terminal at the Port of Long Beach-Port of Los Angeles complex, in Los Angeles, California, U.S., April 7, 2021. (Reuters Photo)
by DAILY SABAH WITH AGENCIES Jun 03, 2021 3:04 pm
RECOMMENDED

The United States on Wednesday announced 25% tariffs on over $2 billion worth of imports from six countries over their digital services taxes but immediately suspended the duties to allow time for international tax negotiations to continue.

The U.S. Trade Representative's (USTR) office said it had approved the threatened tariffs on goods from Britain, Italy, Spain, Turkey, India and Austria after a "Section 301" investigation concluded that their digital taxes discriminated against U.S. companies.

The nations are imposing taxes on online giants, including Google, Amazon, Facebook and Apple amid efforts to make U.S. multinationals pay a larger share of their revenues in taxes in the countries where they operate.

USTR published lists of imports from the six countries that would face tariffs if international tax negotiations fail to reach a solution that prohibits countries from imposing unilateral digital services taxes.

The potential tariffs, based on 2019 import data, aim to equal the amount of digital taxes that would be collected from U.S. firms, a USTR official said.

The move underscored the U.S. threat of retaliation as finance leaders from G-7 countries prepare to meet in London on Friday and Saturday to discuss the state of tax negotiations, including taxation of large technology companies and a U.S. proposal for a global minimum corporate tax.

U.S. tariffs threatened against France over its digital tax were suspended in January to allow time for negotiations.

U.S. Trade Representative Katherine Tai said she was focused on "finding a multilateral solution" to digital taxes and other international tax issues and was committed to reaching a consensus through the Organisation for Economic Co-operation and Development (OECD) and G-20 negotiations.

"Today’s actions provide time for those negotiations to continue to make progress while maintaining the option of imposing tariffs under Section 301 if warranted in the future," Tai added.

Tai faced a Wednesday deadline to announce the tariff action, or the statutory authority under the Section 301 probes would have lapsed, one year after they were opened by the Trump administration.

A British government spokesperson said the U.K. tax was aimed at ensuring tech firms pay their fair share of tax and was temporary.

"Our digital services tax is reasonable, proportionate and non-discriminatory," the spokesperson said. "It's also temporary and we’re working positively with international partners to find a global solution to this problem. We will remove the DST (Digital Services Taxation) when that is implemented."

Spain’s Economy Minister Nadia Calvino on Thursday said they were negotiating with the U.S. and other countries to find a fairer system for taxing tech companies’ profits at a global level.

“Obviously (the tariff) is not good news, but it is positive (the U.S.) said it suspended enforcement,” Calvino said.

The goal of the talk was to find “a fairer tax system, not only on the national level, but also European and even global level,” she added.

Spain has approved a 3% digital tax on revenues from digital services, such as advertising and data sales, booked locally by large tech firms.

The tax was projected to bring the government about 1 billion euros ($1.2 billion) in 2021.

With the law that went into effect in March last year, Turkey applies a 7.5% tax to revenues on digital advertising and content

The tax applies to companies generating 750 million euros or more in global revenues and TL 20 million ($2.3 million) or more in revenues in Turkey from covered digital services.