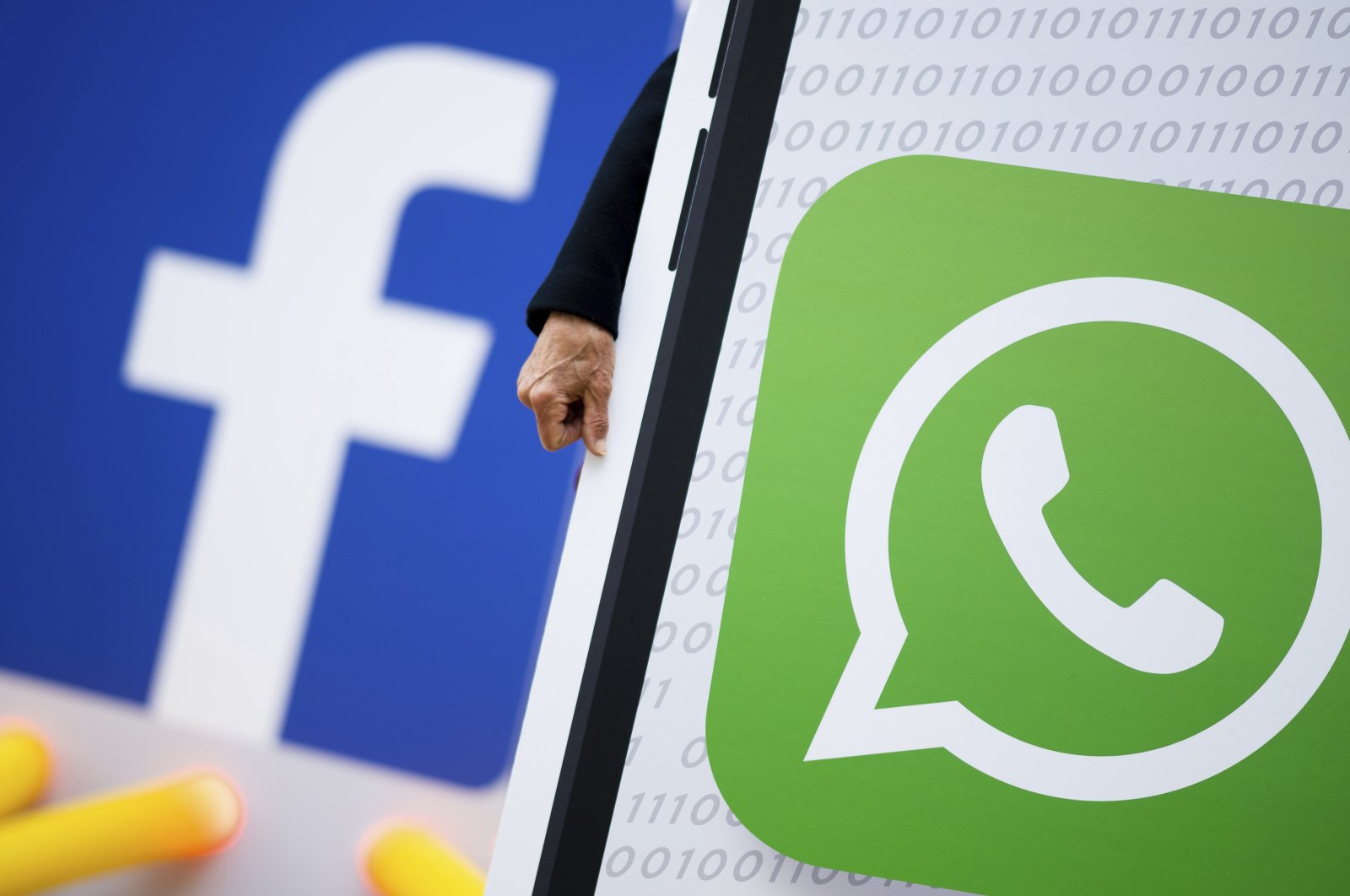 Activists of the campaign network Campact demonstrate against new terms of use of the communication app "WhatsApp" in front of the Hamburg HQ of internet company Facebook, Hamburg, Germany, Friday, May 14, 2021. (AP Photo)
by DAILY SABAH May 16, 2021 3:41 pm
RECOMMENDED

Facebook-owned messaging app WhatsApp shared a new message regarding its controversial privacy policy “ensuring” that they cannot see personal messages of users and that it will not delete the account as users can accept the new terms whenever they want.

In a very brief, almost sarcastic manner, the company said: “*checks calendar. pours coffee*. OK. Let’s do this. No, we can’t see your personal messages. No, we won’t delete your account. Yes, you can accept at any time.”

The company said earlier in January it will go ahead with its controversial privacy policy update but will allow users to read it at "their own pace" and will also display a banner providing additional information.

It sparked a global outcry and sent users to rival apps Telegram and Signal, among others, prompting WhatsApp to delay the new policy launch to May and to clarify the update was focused on allowing users to message with businesses and that it would not affect personal conversations. The company also conducted a damage control campaign to explain the changes it made to users.