Britons return to Turkey, tourists more than double in August 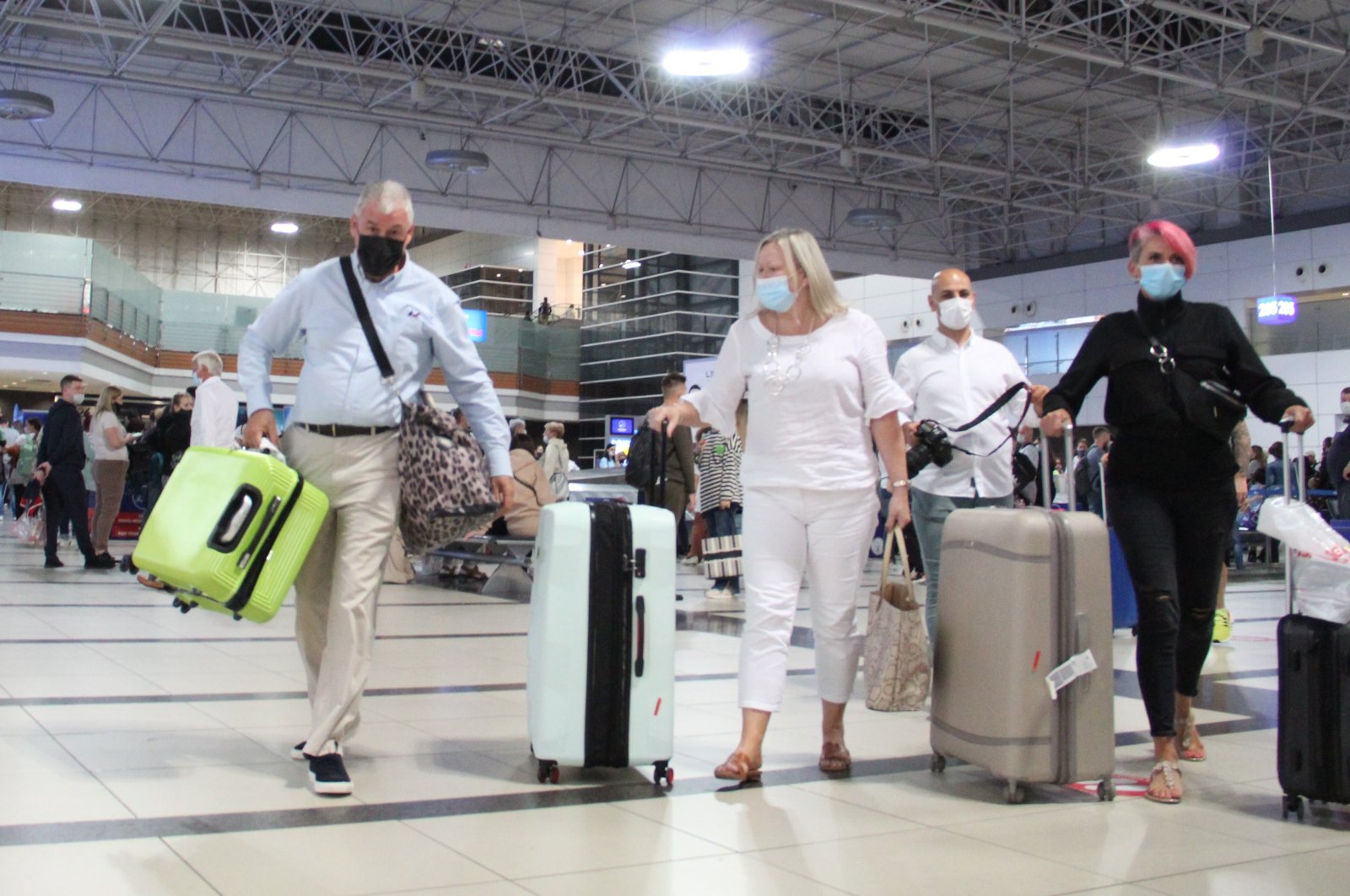 The number of foreigners visiting Turkey more than doubled in August, official data showed Friday, in a major bounce back from a year ago when strict COVID-19 lockdown measures were still in place.

To the relief of holidaymakers and travel agencies, British tourists have started returning to Turkey, after the country was last week removed from the United Kingdom’s red travel list that mandated travelers to quarantine on their return.

The foreign arrivals hit nearly 4 million last month, up 119% year-on-year, according to Culture and Tourism Ministry data. The figure hit a 21-month high of 4.36 million in July, bolstered by the gradual easing of the coronavirus-related travel restrictions around the world. Over 2 million had arrived in June, more than doubling the May figure.

Last month's arrivals were still 37% down from August 2019, before the pandemic dealt a major blow to international travel.

The Mediterranean resort city of Antalya welcomed some 46% (1.8 million) of all foreign visitors this August.

It was followed by Istanbul, Turkey’s largest city by population and a top tourist draw, and Edirne in northwestern Turkey, which borders both Bulgaria and Greece, with 1 million and 353,088 foreign visitors, respectively.

Russia topped the list among nations with 906,060, followed by Germany with 611,025 and the Ukrainians with 324,272, amid the travel restrictions from some other countries.

In the January-August period, more than 14 million foreign visitors entered the country, a rise of 94% from the same period last year and a decrease of 55% from 2019.

The U.K.’s shake-up of foreign travel rules had sparked a big surge in holiday bookings for Turkey, which has spent all summer in the red travel category.

Jet2 and Jet2holidays Thursday restarted flights and said they were “responding to huge demand” after reporting an increase in bookings by over 1,000%.

Turkey was added to the high-risk category in May and has been mainly off-limits to U.K. travelers since then, stalling the nation’s vibrant tourism industry and the holiday plans of millions of potential visitors.

Steve Heapy, CEO of Jet2.com and Jet2holidays, said “the resumption of our award-winning flights and package holidays to Turkey is fantastic news for holidaymakers.”

“We are delighted to be recommencing flights and holidays to Antalya and Dalaman and to be taking customers once again to these much-loved destinations. Customers have missed being able to visit Turkey this summer, so the reopening of the country has resulted in huge demand and comes just in time for holidaymakers to enjoy some late summer sun,” Heapy was cited as saying by the Mirror.

Turkish Travel Agencies Association (TÜRSAB) has said it expects at least 200,000 Britons to arrive in the coming three-month period.