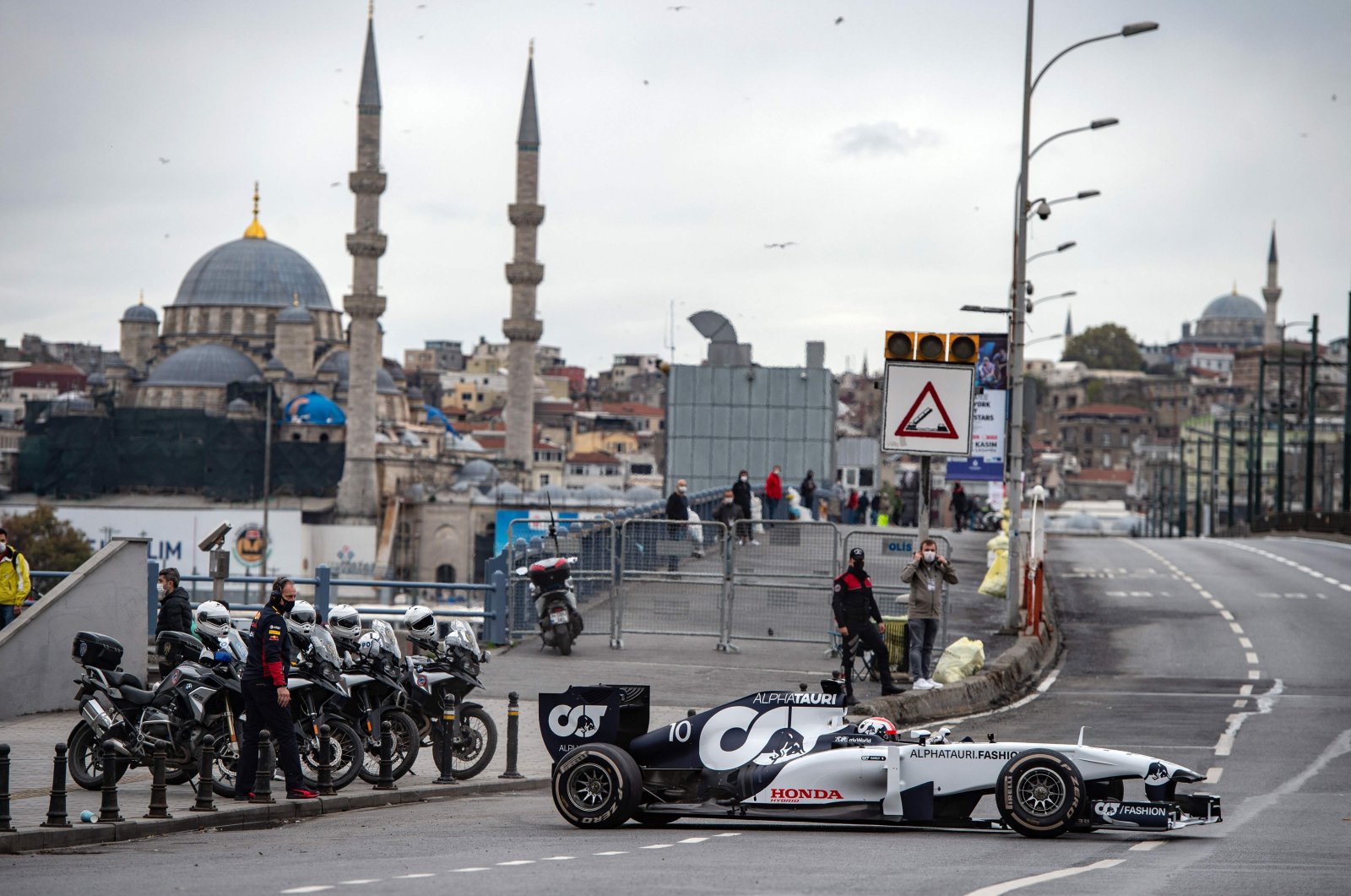 Turkey once again being put back onto this year's Formula One calendar – after first initially replacing Canada, then having that race pulled, and now replacing Singapore – has given fresh hope to the country’s tourism and accommodation sector, as representatives now expect the event to bring some 100 million euros in revenue (TL 1.05 billion), compensating for part of the country’s earlier tourism losses.

The hotels on Istanbul’s Anatolian side – where the races will be hosted – are expected to operate at 100% capacity while those on the European side are forecast to have an occupancy rate of at least 50%.

Such a development was the result of a speedy and successful nationwide vaccination campaign, which saw a significant drop in the number of new COVID-19 cases recently.

Istanbul was listed in April as a replacement for Canada's canceled June grand prix, only to drop off again weeks later due to travel restrictions, with a majority of the teams based in Britain.

Turkey is on the British government's "red list" of countries that require 10 days of hotel quarantine for returning travelers.

However, organizers confirmed this past Friday they will make a second attempt to hold the Turkish Grand Prix after adding it as a replacement for Singapore's canceled race in October.

Singapore's Oct. 1-3 night race was canceled earlier this month because of immigration restrictions related to the COVID-19 pandemic.

Vural Ak, chairperson of Istanbul circuit operator Intercity who brought F1 to Turkey last year after a nine-year hiatus, said that nearly 4,000 race teams will come to Turkey for the Turkish Grand Prix, with nearly 450 large trucks and seven to eight jumbo trucks.

He added that materials will be transported by jet cargo plane.

“We expect 15-16,000 foreign visitors. Tourists will stay in the nearby hotels, and if you take into account their food, beverage and shopping expenditures, they will have left a foreign currency income of around 100 million euros to our country,” he said.

The event will be held in Istanbul Park on Oct. 1-3. Many of the closed hotels in the metropolis are set to open their doors on the occasion. The teams are to arrive 20 days before the race to their hotels mostly located in Tuzla and Istanbul’s Anatolian side initially, though tourism professionals say all of Istanbul hotels will get their share during race week.

Müberra Eresin, the chairperson of the Turkish Hoteliers Association (TÜROB), said “the cancellation of a very important event like Formula 1, which we expected to lead to a revival in terms of both the number of tourists and positive perception, was disappointing. But we were hopeful that it would be held in Turkey again. As a matter of fact, it happened.”

“Whether it is with or without an audience, it will give morale to the sector,” she added.

"If there is an audience, it will further have a positive effect on hotel occupancy,” Eresin said, adding that this will also have a positive impact on the meetings, incentives, conferences and exhibitions (MICE) industry which organizes congresses, meetings, fairs and events “that we did not expect to revive before the end of the year.”

Hagia Sofia Mansions Curio Collections by Hilton General Manager Ahmet Arslan, meanwhile, said that the return of the race to the country has provided the industry a morale boost.

Describing F1 as one of the most prestigious competitions in the world, Arslan said, “This event makes a great contribution to the hotels of every country. Because both the teams and the technical team go to the place where the competition will take place about 20 days before the event. An average of 100 rooms is reserved for a team. Usually, 5-star hotels are preferred. Also, many global channels follow the competition. For example, the owner of a large company brings the best 30 business partners and welcomes them to the best hotels, renting helicopters to the race. This profile spends an average of 5,000 euros in three days.”

Ibrahim Halil Korkmaz, CEO of MOLTON Hotels, echoed others in the industry, calling F1 an incredible motivator for the industry.

Explaining that hotels that are currently closed will open their doors during this period, Korkmaz said, "with the high vaccination numbers, we started to see a movement in the tourism sector. Russian and German tourists started to flock into the country, again."

However, they mostly go to coastal provinces, so organizations like this one help metropolis hotels get their fair share of business.